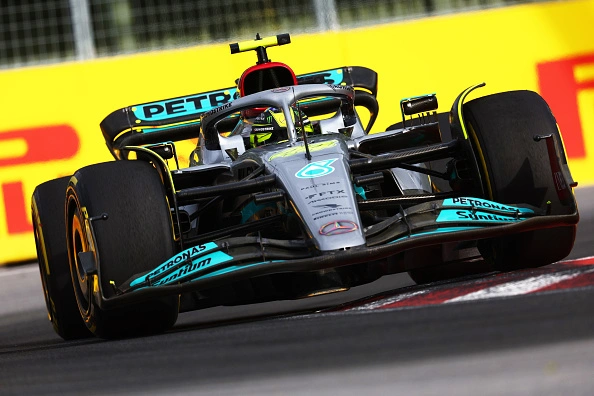 It looks like Mercedes breached the parc ferme rules before the Hungarian Grand Prix. The FIA issued a warning to Silver Arrows in their recent statement. However, the F1 governing body revealed that the German team would not be handed a penalty during the weekend. Mercedes breached the parc ferme rules ahead of the Hungarian GP FP1 as some of their car operations personnel were seen lurking around in the restricted area of the circuit hours before the start of the weekend. Thus, the Silver Arrows have now exhausted three of their eight parc ferme exemptions. However, they will not be handed a penalty due to the allowance provided by the F1 governing body per season.

As per the FIA’s statement, on Wednesday night, Mercedes AMG-Petronas F1 Team car operations personnel were seen within the confines of the Hungaroring circuit during the 13-hour period, which kicked off at 8:00 p.m. on July 27, 42 hours before the FP1. Moreover, the parc ferme period ends 29 hours before the scheduled start time of P1 at 9:00 p.m. on July 28. The FIA further informed that the instance was Mercedes’ third individual exception out of the eight allowed during the 2022 F1 championship season. Hence, no action was taken against the Brackley-based outfit.

The Silver Arrows broke the parc ferme rule last time around in Silverstone after they brought a series of new upgrades for the British Grand Prix. The sport’s governing body introduced the rule to restrict the time team engineers worked on a car over the weekend. Meanwhile, Mercedes found themselves in a bit of a pickle during the French GP. Despite a bunch of upgrades, the Silver Arrows found themselves a second behind the polesitter Charles Leclerc. However, they manage to pull off their season-best performance with a P2 and P3 finish in Paul Ricard.

Can Mercedes Pull Off Something Sensation In Qualifying?

Mercedes also brought a series of changes over the Hungarian weekend. However, the eight-time constructors’ champions did not seem to have a good time on Friday. They struggled with their inconsistent pace while McLaren appeared faster. Before the weekend’s start, Mercedes chief strategist James Vowels also reckoned that his team would have to do a much better job in qualifying as the season progresses.

The British engineer pointed out that Mercedes might face some problems during the Hungarian GP. Vowels said the team was realistic about their progress so far. He hoped to take some more forward steps during the next few races. The Briton concluded, “But in Budapest, we have to be realistic.” Hence, Mercedes will really need to bounce back on Saturday and put up a much better performance during the qualifying.