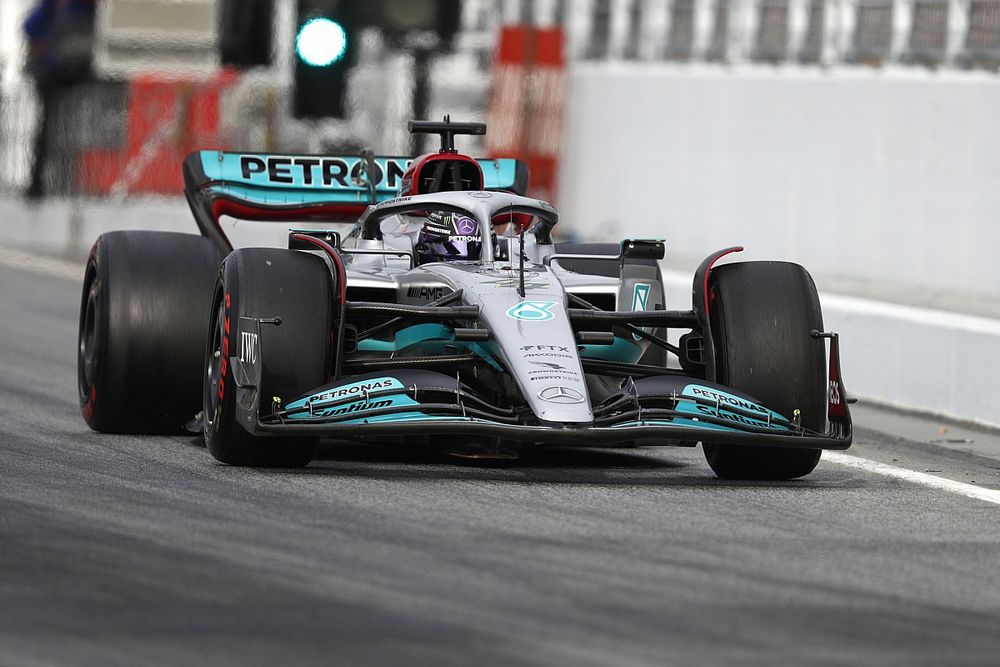 After a hot couple of sessions on Friday, the weather took a turn on Saturday as FP3 was affected by rains. Verstappen, Hamilton, and Perez did not even set a lap time until the first half of the race. Meanwhile, Charles and Sainz put their Ferraris on top before the rain got heavier. The drivers finally came out in FP3 after the weather got better as Mercedes’ Lewis Hamilton and George Russell found it nearly impossible to get the right temperature in their tyres to set a competitive record. Towards the final ten minutes of the session, Sebastian Vettel lost control of his car and slid into the barriers triggering a red flag.

The cars finally came out with the last few minutes of the race as Williams took the opportunity and aced in the third practice session. Nicolas Latifi lead his first practice session on Saturday by setting a top lap record of 1m 41.480 seconds on intermediate tyres ahead of Ferrari’s Leclerc. Moreover, Latifi’s teammate Alex Albon managed to get set the third fastest time in a rain-affected session. Meanwhile, there were concerns about Saturday’s qualifying as the rain was expected to get worse as the day progressed.

Mercedes surprised everyone with their top pace during Q1. Lewis Hamilton and George Russell secured the first and second quickest time during the first run. However, Red Bull made a strong comeback as Verstappen finished on top in Q2. Unfortunately, Sergio Perez was ruled out of Q3 and will start at P11. Further, Leclerc finished second fastest while Alonso was third fastest in Q2. However, the biggest shocker during qualifying was Mercedes’ George Russell clinching the provisional pole for the first time this season. Leclerc and Sainz were leading the Q3. Meanwhile, Verstappen lost power during the final moments of the session and will start P10 on Sunday with Perez at P11.

Meanwhile, Lewis Hamilton will start at P7. The Briton DRS broke during his final lap and was forced to abandon his lap and pit. Further, Sainz and Charles will start at P2 and P3 for Ferrari tomorrow, with Lando Norris taking p4 for McLaren. However, the biggest shocker of the weekend so far was Mercedes. Russell emerged as the fastest driver across the Hungaroring on Saturday. The Briton struggled in FP3 and was frustrated by the lack of grip and temperature in his W13 tyres. For the first time this season, Mercedes will start a race in the lead and would hope to clinch their first win of the season tomorrow.