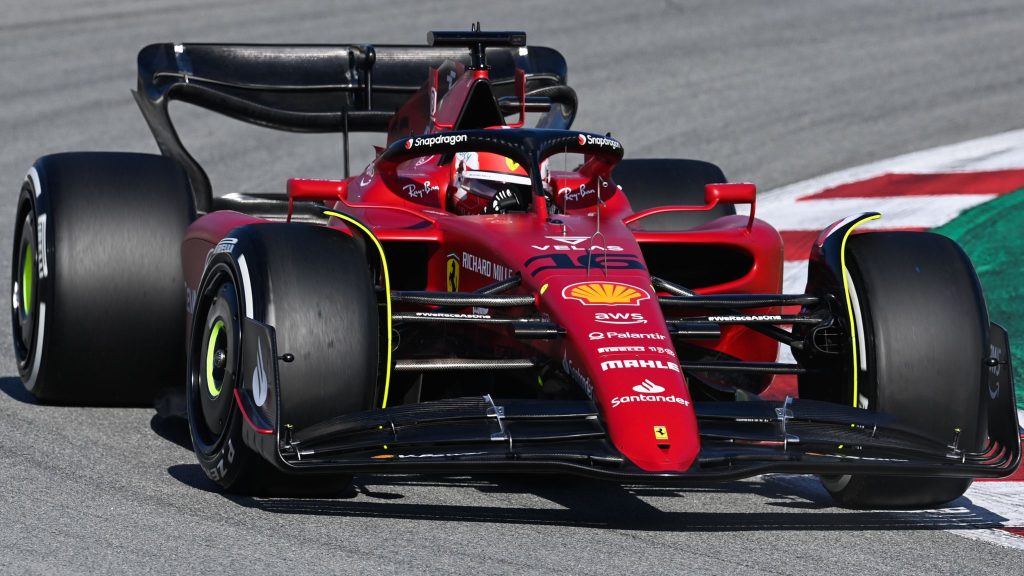 Ferrari will bring in some new upgrades in their F1-75 car for the 2022 Miami Grand Prix. The team principal Mattia Binotto shared that the team will install an upgraded floor to counter porpoising. However, the Scuderia is not planning to make any outright changes in their car, despite lagging behind Red Bull for pace at the Emilia Romagna Grand Prix. Lately, Charles Leclerc tested the upgraded floor during the Australian weekend. And Ferrari was supposed to bring in the upgrade in Imola. However, weather concerns led to the decision not to install the new floor as there was just one Friday practice before the qualifying sprint.

Porpoising has been a concern for almost all teams during the 2022 championship after the FIA presented new regulations on cars. The new cars experience violent bouncing due to a sudden shift in the downforce, making it hard for the drivers to attack the corners at high speeds. Ferrari’s F1-75 experienced the effects of porpoising during the initial testing in Barcelona. Since then, the racing team has made subtle changes to fix the issue without losing performance against their rivals, Red Bull.

The F1-75 still experiences violent bouncing at high speeds. However, the car quickly comes down under breaking, giving the drivers a sense of confidence while attacking corners. Further, Binotto revealed in an interview after the Imola GP that the Scuderia will work on preventing bouncing and adapting to its aerodynamic package for the track in Miami. The team principal also told that their new aerodynamic package would reduce the downforce according to the needs of the Miami track. Mattia added, “The larger upgrade will follow a little later.”

Charles Leclerc to Get An Upgraded Power Unit

Ferrari is rumored to bring an ERS (Energy Recovery System) upgrade to their F1-75 car at the Miami GP. The ERS upgrade is speculated to provide a substantial amount of boost in performance while improving the car’s reliability. However, only Charles Leclerc is expected to get an upgraded power unit in Miami. Carlos Sainz was forced to get a new power unit in Imola after a crash during the Australian GP. Hence, only Leclerc could have the ERS in his F1-75.

Leclerc lost his third spot during the final stages of the Imola race and finished sixth in the end. Charles pushed too hard to catch Red Bull’s Sergio Perez for the second spot. However, he lost control of his car at the Variante Alta Chicane and ended up hitting the barriers. Charles went for a spin, which cost him a lot of time and the third position.

There were rumors that Ferrari put too much pressure on Leclerc, which led to the costly mistake. However, Ferrari’s Mattia Binotto dismissed the rumors by saying that the mistake had nothing to do with pressure. The team principal explained that racers are used to driving within the limit. Binotto added that the F1-75 has harder suspensions this season, and a driver can lose the car if they get too high on the curb.

In an attempt to get closer to his arch-enemy Verstappen, Leclerc lost a solid P3 position. The error cost him a podium position and the lead points from Red Bull’s early retirements in previous races. Verstappen finished first, and Leclerc’s mistake allowed him to reduce the 45 points lead to 27 points. The reigning world champ also climbed to the second spot in the drivers’ rankings with a second win. It will be interesting to see who comes on top during the fifth race in Miami on May 9.