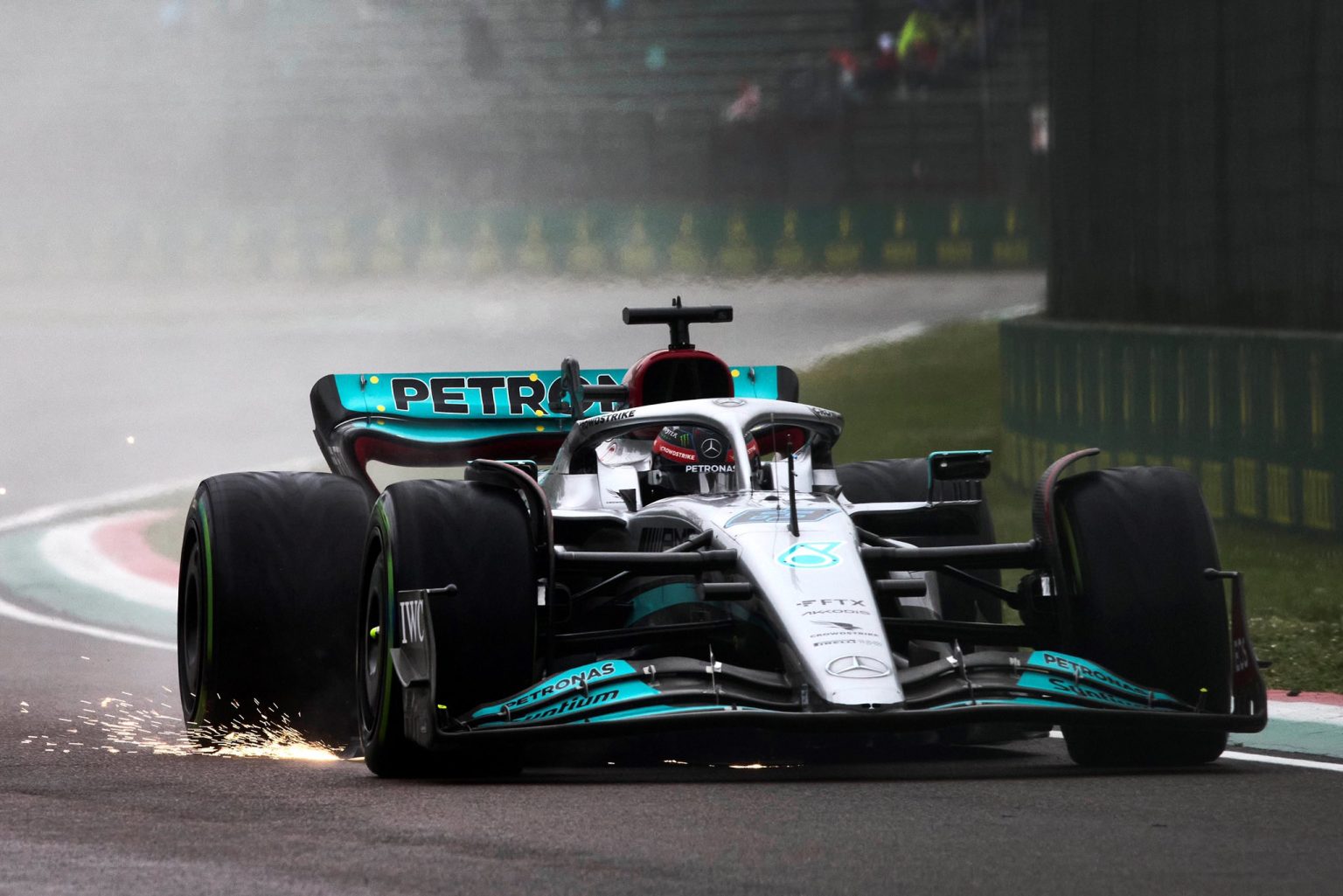 Mercedes is continuously struggling to fix the porpoising issue in the W13. The racing team is unsure when they will be able to fix the violent bouncing, which has significantly affected the Silver Arrows’ performance on the racing circuit. Mercedes are the third-fastest team across the grid this season after being the constructors’ champions for the last eight seasons. But the reigning constructors’ champion seems incapable of competing with the frontrunners like Red Bull and Ferrari and actually winning any races until they fix the porpoising concerns. Moreover, the racing team has decided not to install any traditional updates as they have no idea what effect it would have on the W13, which is clearly lagging in pace.

Mercedes made some minor tweaks at Imola to create a slight shift in the airflow. Lewis and George were given different wing settings during the Imola weekend experiments to find the best option. The Silver Arrows are still using their launch-spec high-downforce rear wing. The variability in the wing choices depends on how much of the wing is cut away, with an option of a Gurney flap. Hamilton used the rear wing with a cut-out in the trailing edge of the upper flap attached with a Gurney. Meanwhile, Russell opted for the higher downforce version of the rear wing at the Imola FP1.

Eventually, Mercedes concluded that the higher downforce version was the right way to go. Thus, the team installed the higher downforce rear wing in Hamilton’s car before thet start of the perc ferme period. The racing team’s trackside engineering director Andrew Shovlin revealed that there was a slight difference in the wings, which could change the way the cars behave. Shovlin added that this team got Hamilton a slightly lower wing in comparison with Geroge’s car. The director said, “But you’re just talking a couple of kph on the straights.”

Mercedes made some important changes, including a revised sidepod impact spar (SIS) fairing with an altered shape to sync with the mirror housing. The new SIS upgrade is aimed to generate more performance from the introduction of a new fin in front of the sidepod inlet.

Moreover, the installation of the third fin resulted in the two fins being moved upwards on the chassis. The upgrades will improve the airflow ahead of the slender sidepod inlet and cooling. It will also divert the remaining airflow around the sidepot’s flank. There has been a significant decrease in the wing-shaped element’s leading edge after the changes in the SIS fairing shape. The reduced thickness allows the wing mirror stalk to move forward with a metal insert to prevent flexing. The stalk mirror has a subtle modification to benefit the new position.

Meanwhile, Mercedes made two changes to the curl of the rear floor’s edge and the lower rear bracket duct deflector. The two surfaces play a crucial role in controlling the wake and squirt generated by the tires’ sidewall. The Silver Arrows‘ altered the geometry, which would impact the aerodynamic characteristics of the tire as it deforms. In addition, there have been some changes in the upturned curl on the floor’s trailing edge to alter pressure building across the surface and the route that the airflow then takes. Unfortunately, Mercedes cannot work on their performance issue until they deal with the porpoising. The violent bouncing has shown the worst effects in the W13, robbing drivers of confidence while attacking corners.