Ferrari Clarifies Why They Did Not Change Tyres During The Safety Car Procedure! Christian Horner Claims The Scuderia Let Red Bull “Off The Hook.” 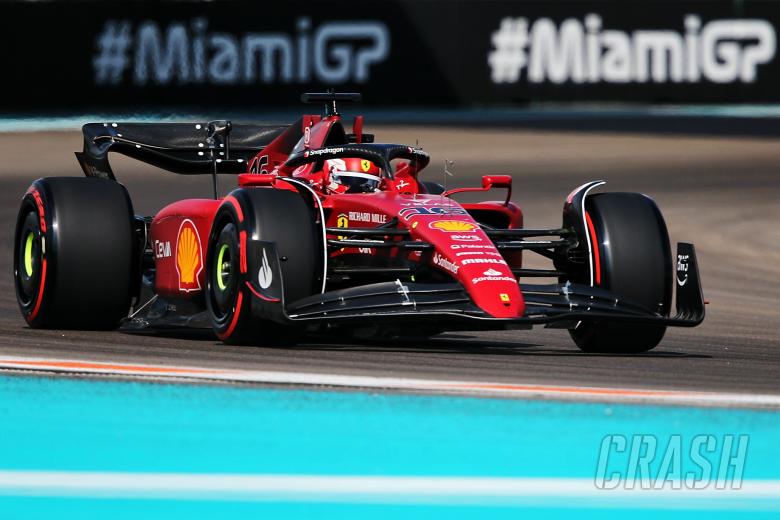 Max Verstappen won the inaugural Miami GP while Ferrari’s Charles Leclerc finished right behind the Dutchman. The Red Bull driver had an eight-second lead over Leclerc when a safety car was triggered. AlphaTauri’s Pierre Gasly and McLaren Lando Norris collided towards the final few laps of the Miami GP, triggering the safety car procedure. The slight halt provided Ferrari with a golden opportunity to level up with Verstappen during the final stages of the race.

The Dutchman had already passed the pits by the time the virtual safety car switched to a full safety car. However, Ferrari’s drivers Leclerc and Carlos Sainz were still behind. They had a chance of changing their old tyres and getting some soft or medium runs to push for the lead against Verstappen. Surprisingly, Ferrari decided to let both drivers continue with older tyres. After the race in Miami, Red Bull team principal Christian Horner told that the Scuderia let his team off the hook when the race went from virtual safety to a full safety car.

The Red Bull boss told that Max had already passed the pit entry while Ferrari had the opportunity to have a free stop. However, they did not make a pit stop for either of their cars. Horner revealed that Red Bull was grateful for that. Because if Ferrari had switched to soft tyres, the team principal thinks that Red Bull could have finished P3. However, Ferrari has claimed that the situation was not as straightforward as it seemed.

Ferrari Defends Their Decision To Go On Without Pitting In Miami

Red Bull’s boss thought that Ferrari missed a trick by not changing their tyres to soft. However, Leclerc and Sainz had limited tyre options during the final phase of the race. Unfortunately, neither of them had a new set of medium or soft tyres available at that moment. The duo only had an option of switching to new hard tyres, which was not a great idea, as per Ferrari boss Mattia Binotto. The team principal revealed that switching to new hard tyres would have been worse than sticking to the old set. Mattia shared that a used tyre would have been much stronger than the new ones in terms of warm-up. The team boss explained that Ferrari would have suffered more warm-up problems with new hard tyres, the only option available in the team’s garage.

Hence, Ferrari decided to stay out of the pit lane as the team believed that old tyres provided the best chance of a good warm-up and attack in the first laps, which was exactly what happened in Miami. Binotto believes that Charles had the best chance in the very first lap after the restart. And the Monegasque certainly got closer to Verstappen at that stage but failed to overtake him. Further, Mattia pointed out that the old hard tyres helped Carlos Sainz restrict Sergio Perez from getting ahead with new mediums.

Sainz also backed Ferrari’s decision not to exchange the tyres. The Spanish driver told that he knew Checo would pit with new medium tyres available. Sainz revealed that Ferrari’s alternative was to go with a used soft tyre or a new hard. However, Carlos thinks that the new hard tyre was not good enough for the final 10/12 laps. The Ferrari driver added that Sainz managed to keep Sergio Perez behind even when it was tight. Carlos feels that Checo had all the cards to get past him with his new mediums. The Spaniard said, “I’m a bit surprised that we stayed ahead because it was a tight, tight battle.”