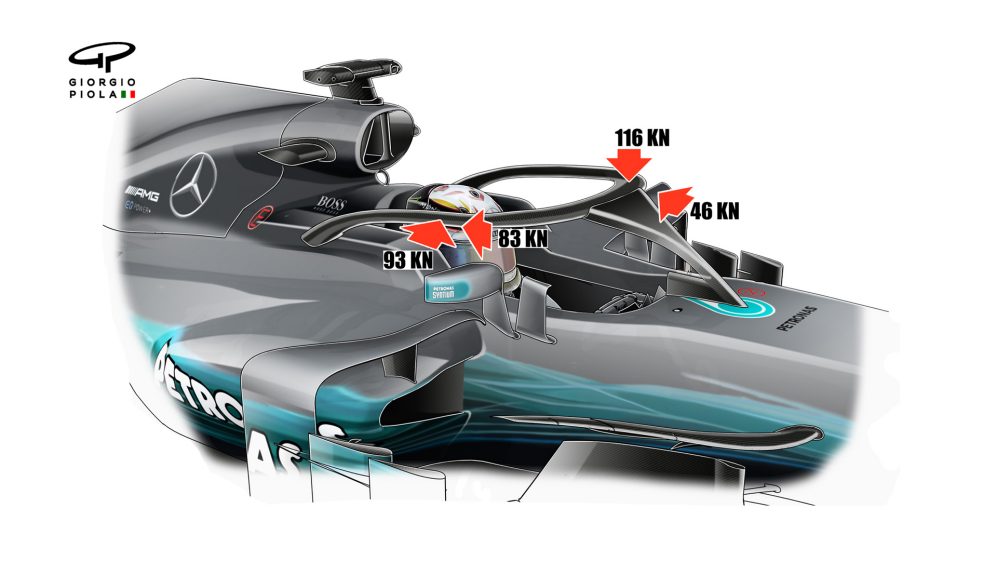 F1 is one of the riskiest sports in the world, with cars cruising around at more than 300 kmph. At such high speeds, slight mistakes, contacts, or mishandling of the cars could lead to life-threatening crashes for the racing drivers. While safety is a major concern in F1, speed is still the priority, attracting a wide array of fans to the motorsport. Moreover, Formula introduced the Halo Technology to protect the drivers during crashes, which was once again in action during the British Grand Prix in Silverstone on Sunday.

The Alpha Romeo driver Zhou Guanyu suffered a fatal crash during the opening stages of the race when he made contact with Mercedes George Russell. The slight contact at high speed resulted in Zhou’s car going off the track and sliding upside down towards the barriers before flipping over the barriers into the Sir Lewis Hamilton grand stand’s wall. The Chinese driver was immediately rushed to the hospital in a helicopter. Luckily, the 23-year-old did not suffer any fatal injuries or fractures and was seen back on the track during the final stages of the race.

Meanwhile, a similar incident took place in Silverstone before the Grand Prix. William’s test driver, Roy Nissany, had to face another crash during the F2 race. Prema racing’s Dennis Gauger car turned over and landed on top of Nissany’s car in a life-threatening incident in Silverstone. However, the Halo technology came to the rescue of drivers on both occasions, saving their lives in what could have been a horrific situation. So what is the Halo technology protecting the drivers at high speeds? Keep reading ahead to find out!

The Halo technology was first brought into F1 racing in 2018 with rising drivers’ safety concerns. Halo is basically a protective barrier attacked just above the cockpit, preventing large parts and debris from entering the cockpit. Further, the barrier also protects the drivers in case of cars flipping and landing on one another. Prior to its introduction in F1, the FIA conducted detailed research and debated the various available options.

Eventually, Halo was chosen and brought into motorsport to protect the drivers in worst-case scenarios. The protective Halo barrier is made out of sculpted titanium and weighs seven kilograms. Moreover, the barrier is the strongest part of an F1 car. It can withstand a high pressure of about 12 tons.

However, there were concerns that the Halo barrier would hinder the aerodynamics of high-speed F1 cars. Mercedes pointed out the issue during a Youtube video in February 2018. Moreover, the Halo policy allowed the teams to modify the barrier, ensuring the high speed of F1 cars. Various fans and drivers had different views on the technology’s introduction to safeguarding the drivers. Fernando Alonso, Sebastian Vettel, and Lewis Hamilton welcomed the technology. But, Max Verstappen, Nico Hulkenberg, and Kevin Magnussen were against Halo’s inclusion.

Verstappen shared that there was a need for a certain risk element in F1 during a 2017 interview. The Red Bull driver advocated that the car could be improved. But, there was no need for a barrier on top of the car. He added, “It’s not the looks, I don’t think it is necessary.”

There have been a number of instances over the years when Halo saved the drivers. Back in 2021, Halo saved Lewis Hamilton during a crash with Max Verstappen. Moreover, Romain Grosjean told in 2020 that he did not like Halo. But, the Swiss-French driver was grateful that the tech saved his life during a fatal crash in Bahrain. Thus, while speed is the main focus, there is no doubt that the safety of drivers should be of the utmost concern.