Esteban Ocon Reminisces His Traumatic Season With Mercedes In 2019! The French Drivers Confessed To Crying In A Parking Lot 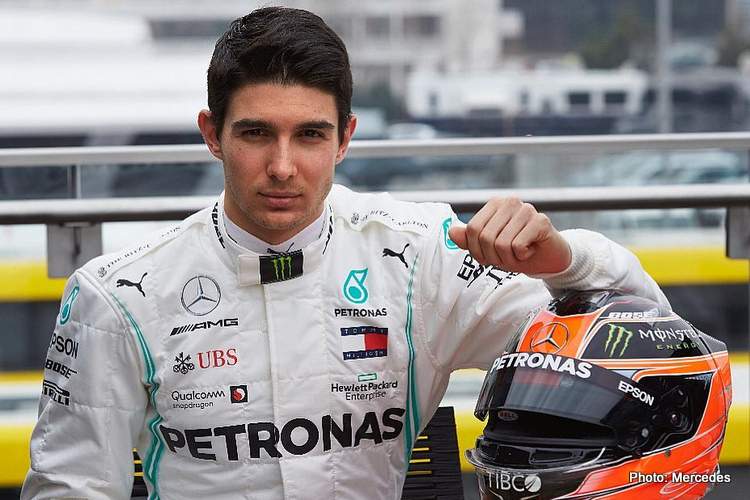 Esteban Ocon is among the promising young talent in the Formula One circuit, with the potential of becoming a legendary driver someday. The 25-year-old kicked-off his F1 career with Manor in 2016 before moving to Force India after a year. He stayed with Racing Point a couple of seasons before a management change resulted in the Frenchman losing his seat on the team. Lance Stroll replaced Esteban at Racing Point, which was rebranded as Aston Martin in 2021.

However, the nightmare for Ocon did not end after his exit. Esteban joined Mercedes as a reserve driver in 2019 after Lance Stroll took over his position in Racing Point. The young racing driver suffered a lot of mental anguish when he was forced to sit out for a whole season with no opportunity to drive in 2019.

Esteban Talks About His Traumatic Experience In Australia Mercedes

Recently, Esteban shared one of the toughest moments that he has faced in his career. He talked about his time with Mercedes during a podcast recently. The Aston martin driver said it was tough for him. He faced some very mentally low phases during the period. The Frenchman shared an incident from Australia after the first race in 2019. He was supposed to drive the car for quite a while as a part of a big test program.

Unfortunately, when Esteban reached Australia, Mercedes informed him that he would not get any opportunity to drive a car for the next six months. The Aston Martin driver shared that the next race was in six months as per the schedule, and the days were reduced. The Frenchman claimed that the incident was a bit hit to his confidence. Esteban further added, “I remember you know leaving the Melbourne track and I cried in the parking lot.”

Luckily, Ocon’s tough days with Mercedes taught him a lot. He got involved in trackside duties and heavy stimulator work. This allowed him to focus on putting up performance the following year. He came very close to replacing Valterri Bottas at Mercedes. However, the Silver Arrows eventually decided to stay with Bottas.

Esteban spent the next season with Renault after replacing Nico Hulkenberg, partnering with Daniel Ricciardo. Finally, the Frenchman moved to Alpine, where he proved his worth by winning the Hungarian Grand Prix in 2021. Right now, the young driver is ahead of the two-time champion teammate Fernando Alonso. He is fighting hard to get in the top 5 of the drivers’ championship. Ocon is currently positioned at the ninth spot ahead of Alonso. Alpine sees the 25-year-old as a bright prospect and has a contract with him until 2024. Hopefully, the Frenchman will deliver another race win for Alpine during this year’s championship.