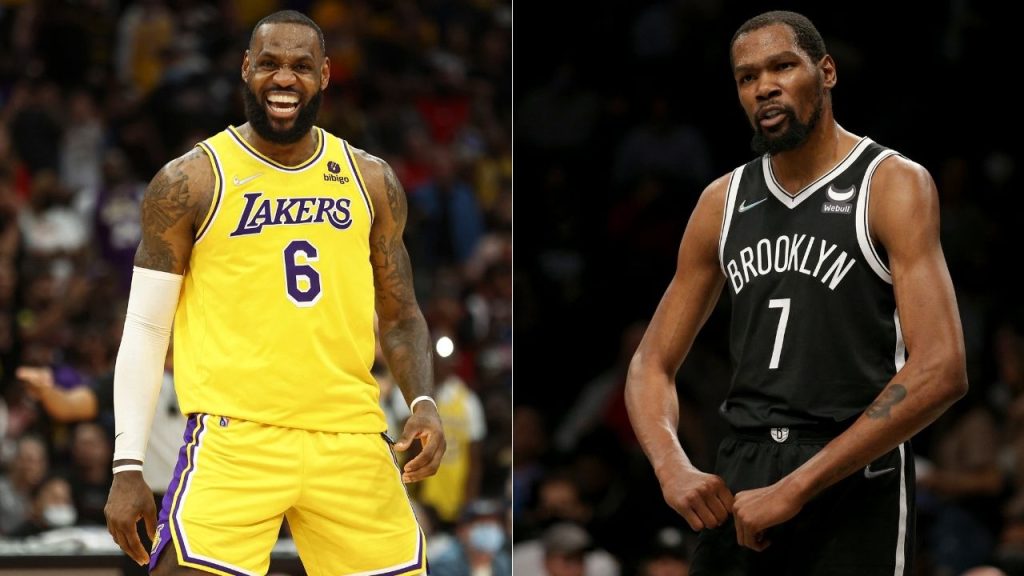 The NBA has seen a lot of changes over the decades, with impactful players contributing to the league’s evolution in the right direction. However, over the past few seasons, the biggest basketball league in the world has seen the domination of tall and lanky players. The last four MVPs have been bagged by big players like Nikola Jokic and Giannis Antetokounmpo. The Denver Nuggets center secured his second MVP in a row a few weeks ago. Joke averaged 27.1 points with 13.8 rebounds and 7.9 assists in 74 games this season. Not just that, the Milwaukee Bucks center Giannis has also been consistent over the years, having won back-to-back MVPs in 2019 and 2020.

With big men dominating the league currently, the Nets forward Kevin Durant started a debate on Twitter. He posted a question about which 90s center would be in the race to become an MVP in the modern era of the NBA.

The two time-MVP posted a question on Tuesday that which centers from the 1990s would be a part of the MVP conversation if they played in the present era’s NBA. The league fans on Twitter quickly responded to Durant’s question as a long debate prevailed on Twitter among the fans. Moreover, Atlanta Hawks guard Trae Young’s father, Rayford Young, also responded to Kevin’s tweet. Rayford played for Texas Tech in college from 1997 to 2000 before moving to France to play professionally. The only name in the mind of Trae’s father was Hakeem Abdul Olajuwon. The former Houston Rockets center won two MVPs in 1994 and 1995, leading the franchise to win two consecutive championships in the NBA.

Further, Kevin Durant also shared his opinion on the questions. The 33-year-old picked Patrick Ewing, David Robinson, and Shaquille O’Neal as his contenders for the modern MVPs battle. Ewing is a Hall of Famer, while Robinson won two championships with the San Antonio Spurs in 1999 and 2003 and an MVP in 1995. Meanwhile, O’Neal is a four-time NBA champ who one an NBA MVP with the lakers in 2000.

LeBron James also involved himself in the discussion for 90s veteran prospects who could have been MVPs in today’s NBA. The Los Angeles Lakers legend chose Robinson and O’Neal. However, he selected Hakeem Olajuwon over Ewing as his three potential MVPs. Although such discussions never end, the old-school centers would have been truely effective if they had been playing in the modern NBA.