Edge Wife: Who Is WWE Superstar Married To? Find Out Here 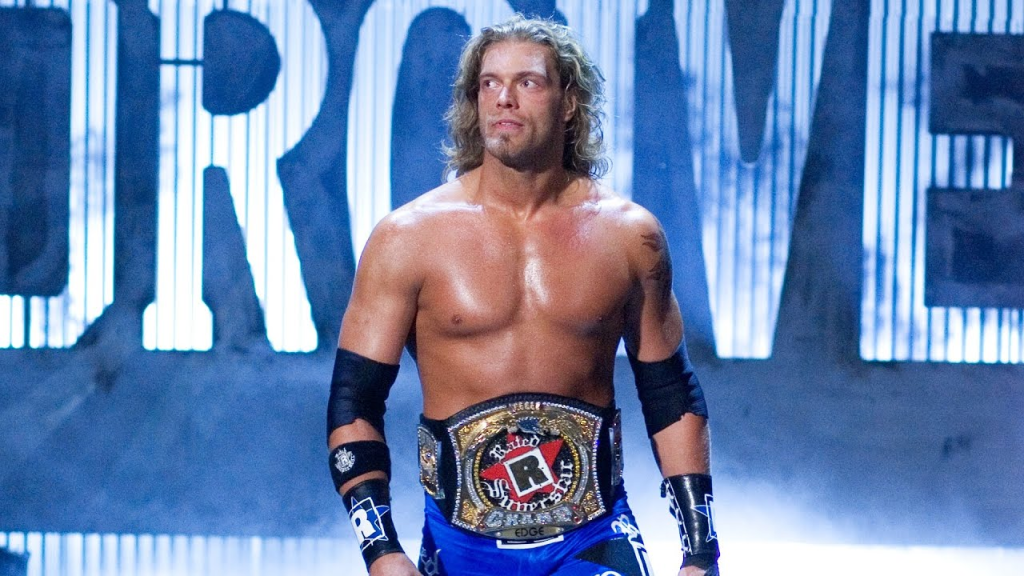 Edge is the name that almost every 90s kids know about. Adam Joseph Copeland, popularly known for his in-ring title Edge, is a Canadian professional wrestler. He is one of the most iconic WWE superstars of his generation. One of the most memorable moments was his wedding with Lita, which was part of the WWE storyline. However, his fans are curious to know who is the WWE superstar married to in real life. So, if you are also one of those fans who want to know about Edge’s wife, keep reading.

Edge began his in-ring career by wrestling for several independent promotions all over Canada during his college days. Soon after, his abilities caught the eye of Bret Hart’s manager Carl De Marco, who was WWF Canada’s President at the time, and he was hired under the banner of World Wrestling Federation Inc. on May 10, 1996, under the ring name of Sexton Hardcastle.  After completing his ring training, Edge made his WWF TV debut in June 1998 in a match against Jose Estrada Jr’. In July 1999, Edge won his first-ever WWF championship when he defeated Jeff Jarrett for Intercontinental Belt.

Meanwhile, Edge partnered with Christian in Wrestlemania 2000. This was the beginning of a legendary tag team in WWF/E history. The duo won the tag team championship title together. And to this day, Edge and Christian are best of friends. The Rated R Superstar continued on his journey as a solitary WWE superstar after that. Edge is regarded as the face of the World Heavyweight Championship and has a record seven victories in the competition. Along with Randy Orton and Christian, he held the WWE Championship and Tag Team Championships many times.

Edge was no stranger to hardcore and participated in a number of epic battles. He competed against the biggest names in the business, including John Cena, Randy Orton, The Hardy Boys, Mick Foley, and The Undertaker, all of whom were known for pushing things to the Edge. Meanwhile, after defeating Alberto Del Rio in Wrestlemania 26. Edge took his retirement from his wrestling career. However, time and time again, there have been few in-ring returns, but nothing lasted long.

Who Is Edge’s Wife?

Any WWE fan from the Attitude Era has grown-up watching Lita and Edge’s steamy in-ring affair. But do you know that the Rated R superstar has been married three times in his life. That is excluding the in-ring wedding between Edge and Kane’s former girlfriend Lita. Edge’s first marriage was with Alannah Morley, who is the sister of a Canadian pro wrestler, Val Venis. The duo got married in 2001. But they parted ways after three years of togetherness in 2004.

After that, Edge married a woman named Lisa Ortiz in 2004. But not much information is available about her, and soon after, the couple divorced in 2005. This was around the same time the on-screen affair between Edge and Lita was going on. Later on, in 2016, Edge tied the knot with WWE Diva Beth Phoenix after dating for almost 11 long years. The duo has been happily married ever since. Edge and Beth also have two daughters, Lyric Rose Copeland and Ruby Ever Copeland.

Also Read Kareem Abdul-Jabbar Wife: Know All The Details About The NBA Star And His Personal Life!