Djokovic Reveals It Is Nice To Share The Same Draw With His Greatest Rival Rafael Nadal! 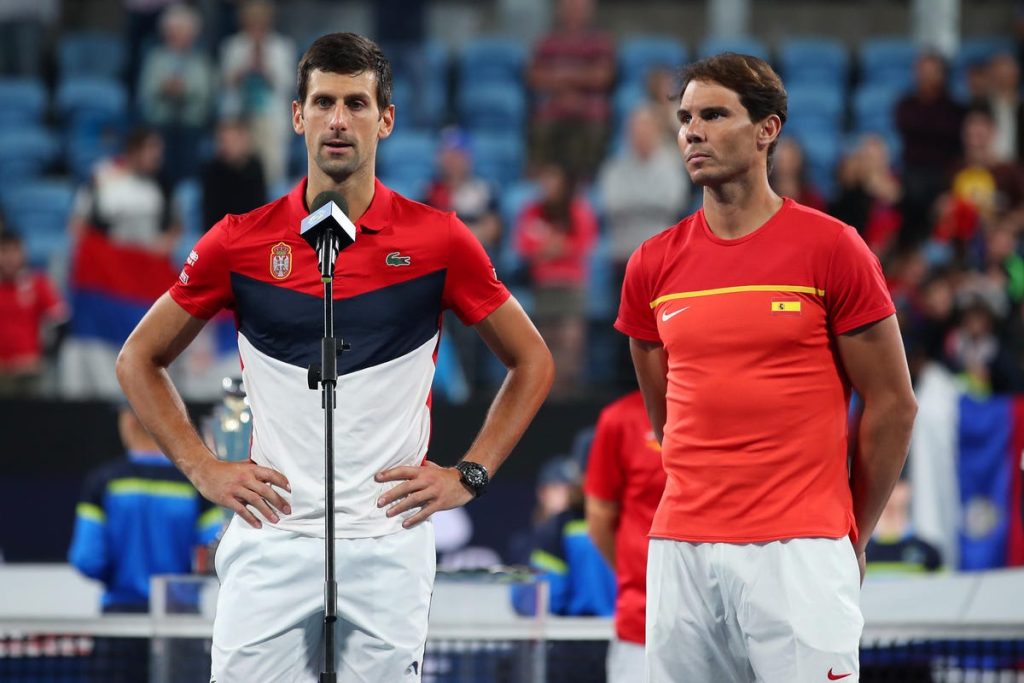 The last time Novak Djokovic and Rafael Nadal played against each other was during the semi-finals of the Roland Garros in 2021. The Big Three has been through a rough 12 months with a lot going on around them. Federer has not returned to tennis after his knee surgery for almost nine months now. The Serb recently told that it is nice that he and Nadal are playing in the same draw after a while.

Meanwhile, Djokovic failed to win all four Grand Slam titles in 2021 after losing against Daniil Medvedev in the US Open. Moreover, Nole had a tough start to the year when he was not allowed to participate in the Australian Open in January. The World no. 1 was deported from the country and missed out on various other tournaments in the US due to his vaccination status. Unfortunately, the Serb has played only three tournaments in the season so far.

Further, Rafael Nadal returned to tennis in 2022 after being out for five months due to an injury. Nadal had a dream start to the season with a win at the Australia Open in January, in Djokovic’s absence. Rafa went on to build up an amazing 20-1 win/lose record before being sidelined for six weeks due to a rib stress fracture just before the start of the clay season. Finally, the Spaniard has returned to participate at the Madrid Open, where his greatest rival, Djokovic, is also competing. Thus, there is a possibility that Nadal and Djokovic might face each other during the Madrid Open semi-finals.

Djokovic Thrilled With Nadal’s Presence In The Same Tournament

Novak Djokovic and Rafael Nadal Nadal are participating in the same tournament for the first time since the French Open. Djokovic defeated the 13-time Roland Garros champ with 3-6, 6-3, 7-6, and 6-2. The intense match came to an end with Djokovic moving through to the finals against Stefanos Tsitsipas. Recently, Djokovic was asked how it feels to have Rafael Nadal in the same draw.

The Serb revealed that he was unaware that they last played in the same tournament in 2021. After winning his opening match against Gael Monfils, Nole revealed that Nadal’s presence affects him as the Spaniard is his greatest rival. The 34-year-old acknowledged that he and Nadal had not faced each other in the same draw for a while. The Serb is aware that things are changing.

Further, Djokovic said that there are more younger players around. And both of them are trying to do their best to compete for the top spots in the world. Further, the world no. 1 added, “I think we are still going strong, so it’s nice to see that.”