Daniil Medvedev Unhappy About Not Being Included In The Roland Garros Draw With Nadal & Djokovic! 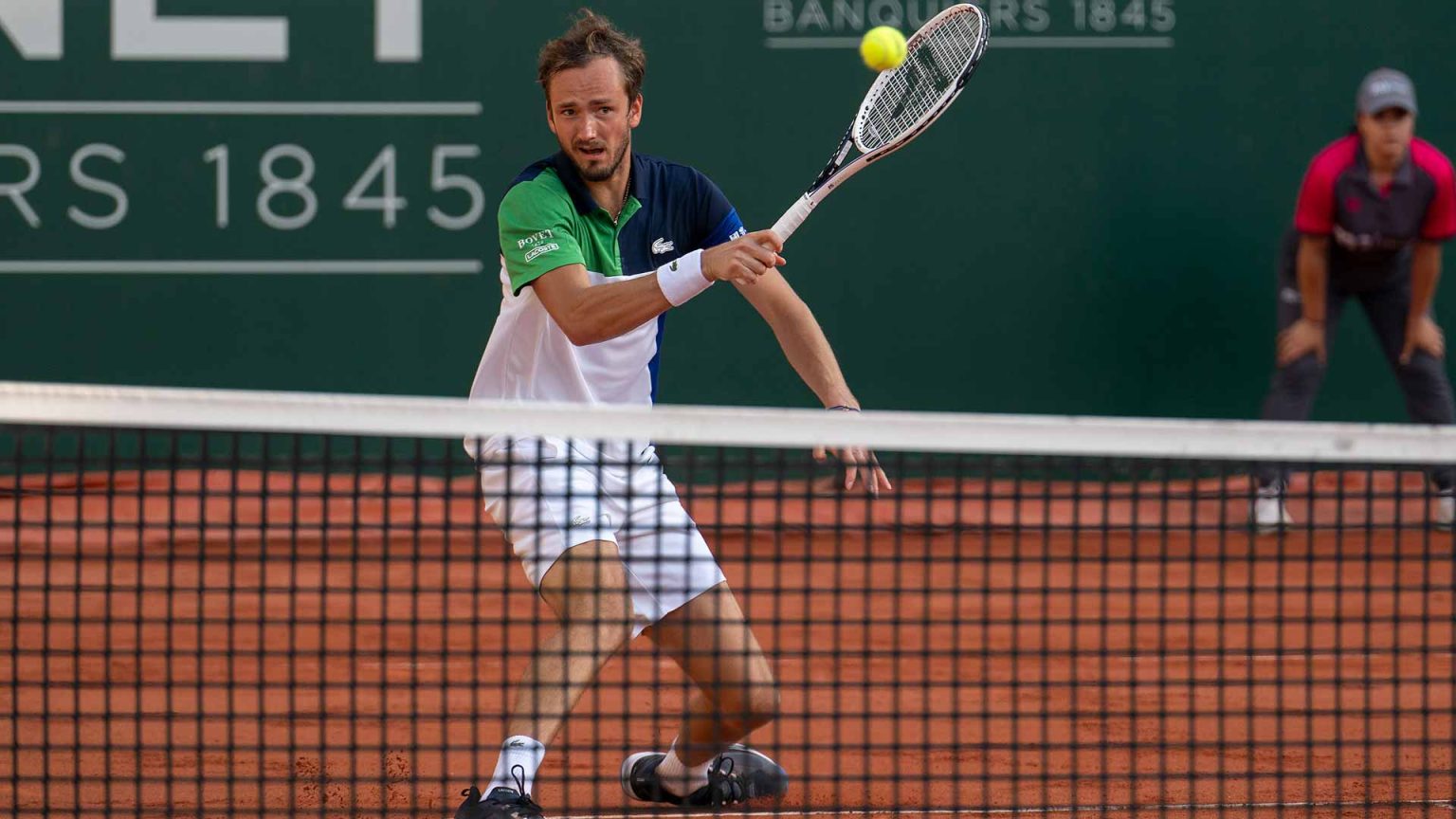 Following Wimbledon’s controversy, Daniil Medvedev is making a comeback at the Rolland Garros. The Russian tennis star had been sidelined since his quarterfinal loss against Hubert Hurkacz in Miami Open. He underwent a hernia procedure soon after. The world no. 2 made a comeback recently at the Geneva Open, where he lost to Richard Gasquet early in the tournament. The 26-year-old has missed out on most of the clay season. Now, it would be a tough road for him if the Russian wants to keep himself in contention for the French Open title in 2022. Last year, Medvedev could only make it to the quarterfinals, where Stefanos Tsitsipas beat him in three straight sets.

Recently, Daniil expressed that he was unhappy with not being a part of the same draw as Rafael Nadal and Novak Djokovic. The top draw of the French Open 2022 includes Nadal, Djokovic, and this year’s Madrid Open winner Carlos Alcaraz. During a recent interview, Daniil Medvedev said that it is always good not to have these big names when a player is fighting for the Grand Slam. Moreover, the 26-year-old mentioned that Nadal and Djokovic are the biggest names at Roland Garros. Daniil added, “It’s crazy how they play here.”

Further, Medvedev continued that it was good to have these tennis legends in the other draw. At the same time, the Russian thinks that he will have to focus on himself even more than in other tournaments.

Medvedev might have a good chance of going deep into the tournament in Paris with the absence of Nadal, Djokovic, and Alcaraz in his draw. However, the Russian tennis star claimed that there are no easy opponents at the Grand Slam level. Talking about his first-round opponent Facundo Bagnis, Medvedev said that he would be playing against one of the good clay court players in the first round. Moreover, Daniil Medvedev stated that the Argentinian tennis player is a southpaw who likes to spin the ball. He said that he needed to prepare well for the upcoming match. In addition, the 2021 US Open winner plans on taking the tournament match by match.

Medvedev thinks that if he gets to meet one of the favorites in the draw, it would mean that he did well in the tournament. Hence, Daniil is hoping to face one of the frontrunners in the second week. The last year’s quarterfinalist revealed that he loves playing at the Roland Garros. But he has faced some tough moments in terms of results. Daniil admitted that he loved the atmosphere in Paris last year, even though there was not much crowd present. He thinks that he enjoyed and played well in 2021. The 26-year-old feels that it is a pleasure being in Paris and was excited about the full crowd being allowed to attend. Medvedev added, ” I’, really happy to be here. I love playing in Frence.”

However, it will be tough for Daniil Medvedev, who is returning from a hernia procedure recovery. The Russian tennis star has missed his preparation for the clay tournaments. His lack of practice on clay could prove to be crucial for him in the tournament. With Djokovic and Alcaraz in prime form, it will be a challenging feat for Medvedev to win his maiden title.