Daniil Medvedev Pick Djokovic Over Nadal As The Favorite To Win Wimbledon 2022! 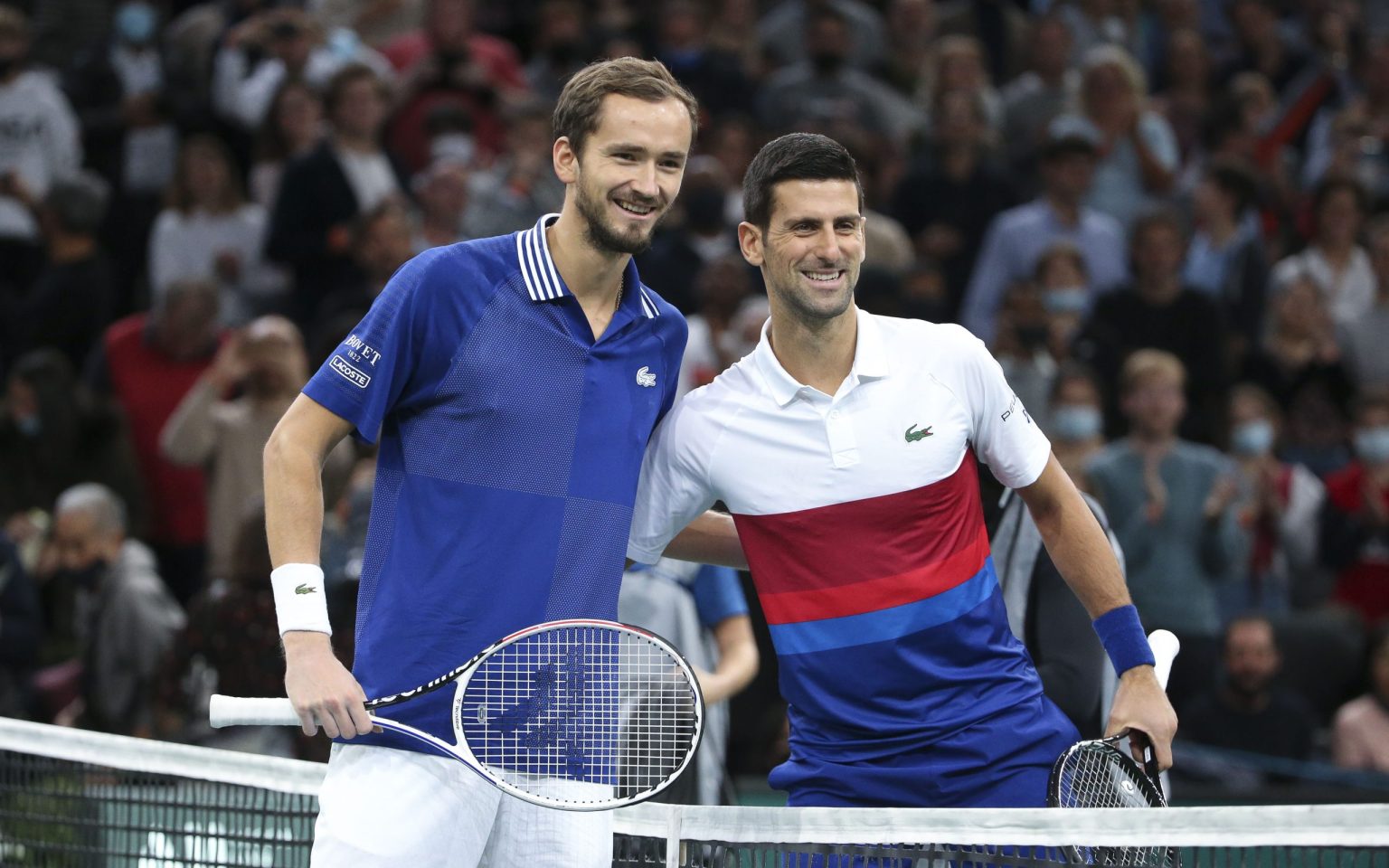 Daniil Medvedev recently landed in Mallorca for the Mallorca Championship. The world no. 1 will look to defend his title at the ATP 250 event hosted at the Mallorca Country Club in Santa Ponca on outdoor grass courts. Sadly, the Russian star has been banned from Wimbledon and will miss out on this year’s major tournament in London.

The All-England tennis club decided to ban Russian and Belarusian players as retaliation for Russia’s war on Ukraine. While Wimbledon has stayed firm on its decision, the ATP and WTA decided to pull off the ranking points from the tournament as players have not been allowed to play due to their nationality, which is against the ATP agenda. However, Medvedev talked about this year’s Wimbledon and revealed his favorites for the third Grand Slam competition of the year.

Daniil spoke to a Spanish newspaper Diario de Mallorca after landing in Spain. The Russian shared how he loved the island last year and planned to bring his wife to Mallorca after the tournament. Medvedev has not won a single tournament this year but still managed to become the world no. 1. This is because Djokovic’s quarterfinal loss against Nadal in Paris cost the Serb 2000 ranking points. And Daniil has managed to reach three finals in the eight tournaments he has played in 2022.

Medvedev Names His Favorites For Wimbledon

Daniil Medvedev will miss the SW19 this year due to Wimbledon’s ban. Although he has been impressive on the grass court and would have put up a strong competition to win his first title at Wimbledon. However, the Russian will not be allowed to play. Talking about Wimbledon, Medvedev revealed his favorites for this year’s tournament.

Daniil told that Novak Djokovic is definitely the favorite. Nole has won in the last three Wimbledons that he has played in. Medvedev said that the Serb plays very well on grass. He added that he considers Djokovic to be the greatest grasscourt player in history, even though Daniil had not witnessed Borg or Sampras play.

Daniil further explained that Federer and Djokovic are the best of his generation. He also stated that Nadal could win any tournament he plays, while Berrenttini has showcased some high level of tennis in recent times. Medvedev concluded, “Speaking of favorites, Djokovic, Berrettini, and Nadal.”