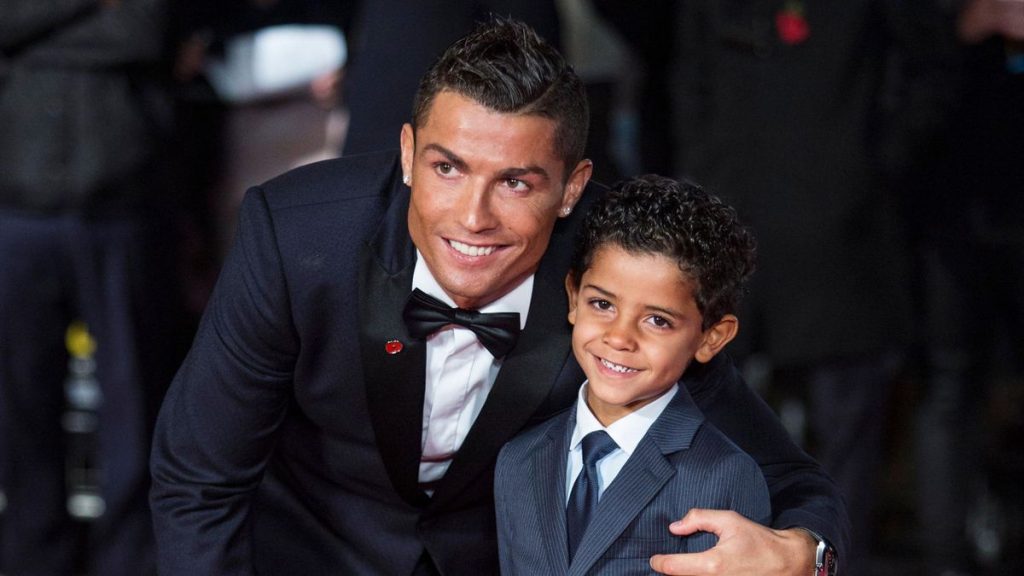 Cristiano Ronaldo Jr. scored a goal for the Manchester United U12s at the MIC Cup against CEF Girones-Sabat. After getting a toe to a free kick from his left side, the eleven-year-old pulled off his father’s iconic “SUIII” celebration. Ronaldo Jr. and Kai Rooney are currently in Spain. They are representing the United at an International Youth tournament based in Costa Brava. The MIC Cup is a perfect platform for youngsters to get selected by the best football academies in the world.

Earlier this week, Manchester United’s all-time top scorer Wayne Rooney shared a picture of his eight-year-old son Klay on Instagram. Wayne wished his son the best of luck for the tournament in Spain. The young guns at the United have impressed the spectators immediately. Kai Rooney pulled off a screamer against Machester City after receiving an assist from Shola Shoretire’s brother, Tunde. The star youngsters to score during the game were Edson Dejonge-Seiros, Eddie Wright, Joseph Deighton, Kai, and Ronaldo Jr.

Cristiano’s son signed up for the Manchester United youth academy in February. He has grabbed everyone’s attention with his incredible skills during the training sessions. Cristiano Jr. can be seen showing off his touch, dribble, passes, and accuracy in footage from the practice sessions. The youngster had an aggressive approach against the CEF and managed to hit the nets by getting his toe to a free kick. Ronaldo Jr. ran towards the corner flag after the goal and showcased his father’s famous celebration as the spectators chanted “SUIII” together.

Ronaldo Wants His Son To Be A Football Player:

Back in 2020, Ronaldo shared in an interview that his son is talented. Ronaldo Jr. has certainly got the potential. But, his father believes that there is a lot of hard work to be done before he makes it to the professional level. Ronaldo added that his son is fast and possesses dribbling skills. However, the former Real Madrid player thinks that it is not enough to become a professional football player.

Cristiano revealed that he would tell his son that it takes hard work and dedication to become successful. Ronaldo shared, “I won’t pressure him to become a footballer, but if you ask me if I want him to, yes, I would like it.”

The GOAT pointed out that the most important thing is to become the best at anything Ronaldo Jr. does, whether it is a football player or a doctor. It is sure to say Cristiano Ronaldo Jr. could make an excellent player someday with proper guidance from his dad. However, it won’t be easy to fill Cristiano Ronaldo’s shoes for his son. The youngster still has a long way to go.