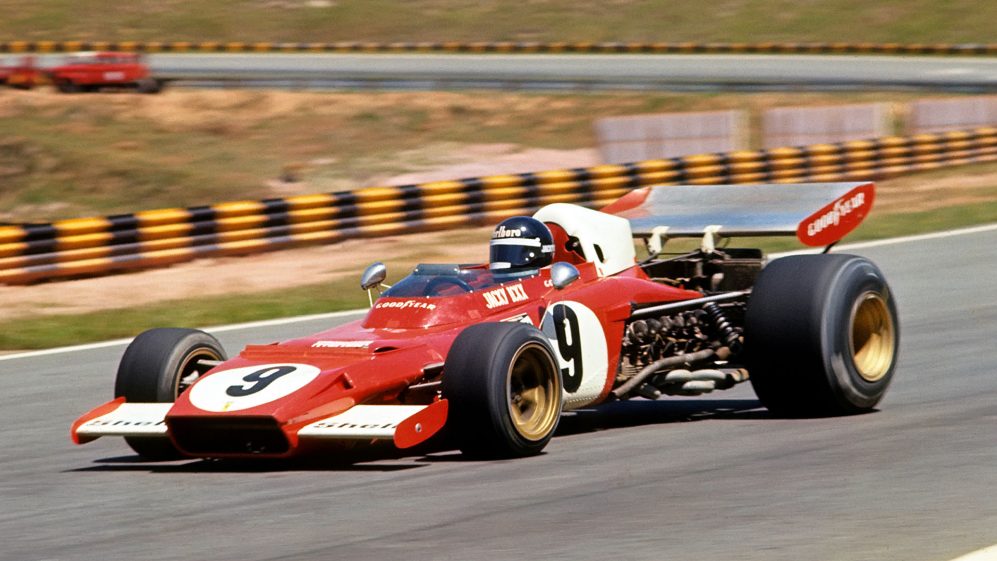 On Sunday, Charles Leclerc accidentally crashed Niki Lauda’s classic Ferrari Grand Prix car during a demonstration drive at the Monaco Historic event. The drivers’ rankings leader was a part of a parade along with former Ferrari driver and six-time Le Mans champion Jacky lckx. Leclerc boarded the 1972 Ferrari 312B3 when he lost control of the car and hit a barrier. The 24-year-old started a slightly slow during the first lap before picking up the pace in his third lap. The crash resulted in Leclerc losing the rear wing of the 312B3 after backing the car into the barriers. The wing was dislodged after a hard impact into the famous La Rascasse right-hander. After the crash, the Monegasque gestured to the crew that he had some issues with the car’s pedals.

Leclerc decided to continue moving ahead before he was forced to pull up on the main straight with smoke coming out of the rear part of the 312B3. Jacky also made a stop a little ahead on the road in his 312B. Leclerc appeared to be frustrated as a pair of marshals inspected the damage on the car. Further, Leclerc responded to the incident revealing that he had lost the brakes. When the Ferrari driver braked, he could feel that the pedal was hard, and it eventually went to the floor.

Charles Leclerc further shared that he was lucky that the incident happened at that particular turn. The Monacan racer felt that it would not have been good for him if the crash had happened at another place. He admitted that he got scared while arriving at the corner when he lost his brakes.

The History Of Ferrari 312B3

The 312B3 was the flat-12-powered car that forced Jacky lckx to leave Ferrari following the car’s reliability and performance issues after the 1972 Italian Grand Prix. Niki Lauda and Clay Regazzoni drove the car’s 1973 successor as they acquired the second spot in the constructors’ championship in 1974, behind McLaren’s M23. Methuselah Racing owns the high-airbox 312B3 that Leclerc was driving. The racing company is led by Mario Linke and is situated in Cologne. The chassis was also a part of the entry list race of the three-liter GP cars built from 1973 to 1976. Claudia Hurtgen finished late for the Monaco Historic. However, the Abt Cupra Extreme driver won the pre-1961 front engine race with a Methuselah-run Ferrari 246 Dino.

Meanwhile, the 312B3 crashed by Charles has a different chassis from the car that former Ferrari driver Jean Alesi drove last year in the Monaco Historic event. Charles Leclerc later tweeted that when he thought he already had the toughest time in Monaco last year, he lost the brakes into the barrier with one of the most iconic Ferrari F1 cars. In 2021 Charles set a pole position in Monaco. Unfortunately, the Ferrari driver crashed and failed to finish the race due to car damage.

Share. Facebook Twitter Pinterest LinkedIn Tumblr Email
Previous ArticleWill Lewis Hamilton Be Banned From The Monaco Grand Prix Over Jewelry Row? FIA Presidents Opens Up About The Consequences The Briton May Face!
Next Article Novak Djokovic Wins The 2022 Italian Open in Rome! Opponent Stefanos Tsitsipas Claims The Serb Is Like A Formula One Car