Celtics Vs. Bucks: The Eastern Conference Semi Finals Shift To Milwaukee For Game 3! 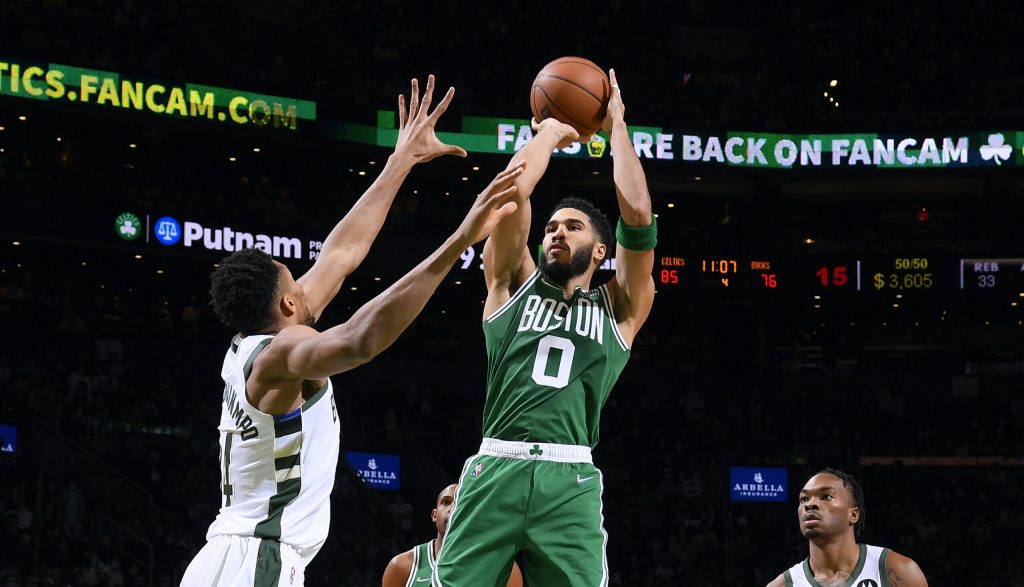 The battle between the second-ranked Boston Celtics and the fourth-ranked Milwaukee Bucks is getting fierce during the Eastern Conference Table. The Bucks beat Boston by 101-89 in the first game of the seven-match series. However, the Celtics responded well with a convincing 109-86 victory in the second game, despite losing Marcus Smart.

The two teams move back the Milwaukee to play a crucial third game of the series on Saturday afternoon. The Bucks will look to get in control during their home game and get ahead of the Celtics. Further, Khris Middleton, who suffered an MCL sprain during the first round, will be on the sidelines for a while longer. So, who will have the upper hand during the third game of the conference semis? Let’s take a look at the strengths and challenges for both teams.

The Celtics moved the ball well to collapse the Bucks’ defense. The Cs also shot pretty well with 43 3-pointer attempts. They were able to convert 20 of them, outscoring the Bucks by 69 points. Further, All-Star scorer Khris Middleton is set to miss the third game due to a knee injury. He is likely to miss two more games, and Brook Lopez will have to step up and keep the scores going.

Meanwhile, Marcus Smart was listed as probable to play in Game 3 on Friday. Giannis Antetokounmpo is going at 26 points per game with 11 rebounds and 9.5 assists. However, his shooting has been inefficient, with a low 38.5%. He has scored only one out of six three-point attempts and missed nine out of 20 free throws.

It seems like scoring has been hard for the Bucks. They only scored 86 points in the last game, which completely contradicts their offensive approach. Now, they will have to find a combination of offensive and defensive strengths to restrict Boston and keep scoring at the same time. Milwaukee might go with a group of guards around Lopez with Antetokounmpo and Jrue Holiday on the court.

The Celtics were in full flow during the second game. Jayson Tatum and Jaylen Brown went from 33 combined points in Game 1 to 59 points together in Game 22. The ball flew around with Boston’s team in control and limiting the Bucks from scoring with more ball possession. Moreover, Jaylen Brown is running hot with 30 points along with six rebounds and assists each. Boston was on an out attack against the Bucks while restricting them from scoring in Game 2. Al Harford contributed eleven points and eleven rebounds, while Grant Williams came in and chipped 21 points with six out of 9 from the arc. Boston will look to keep their current team intact and play with the strategies that worked the last time around.

It will be an important game for both the sides who have won a game each. Both the team have equal chances of winning. It will depend on how the Bucks deal with injuries and stop Boston from crashing their defense again. At the same time, they will have to find a way of scoring quickly and consistently throughout the game.