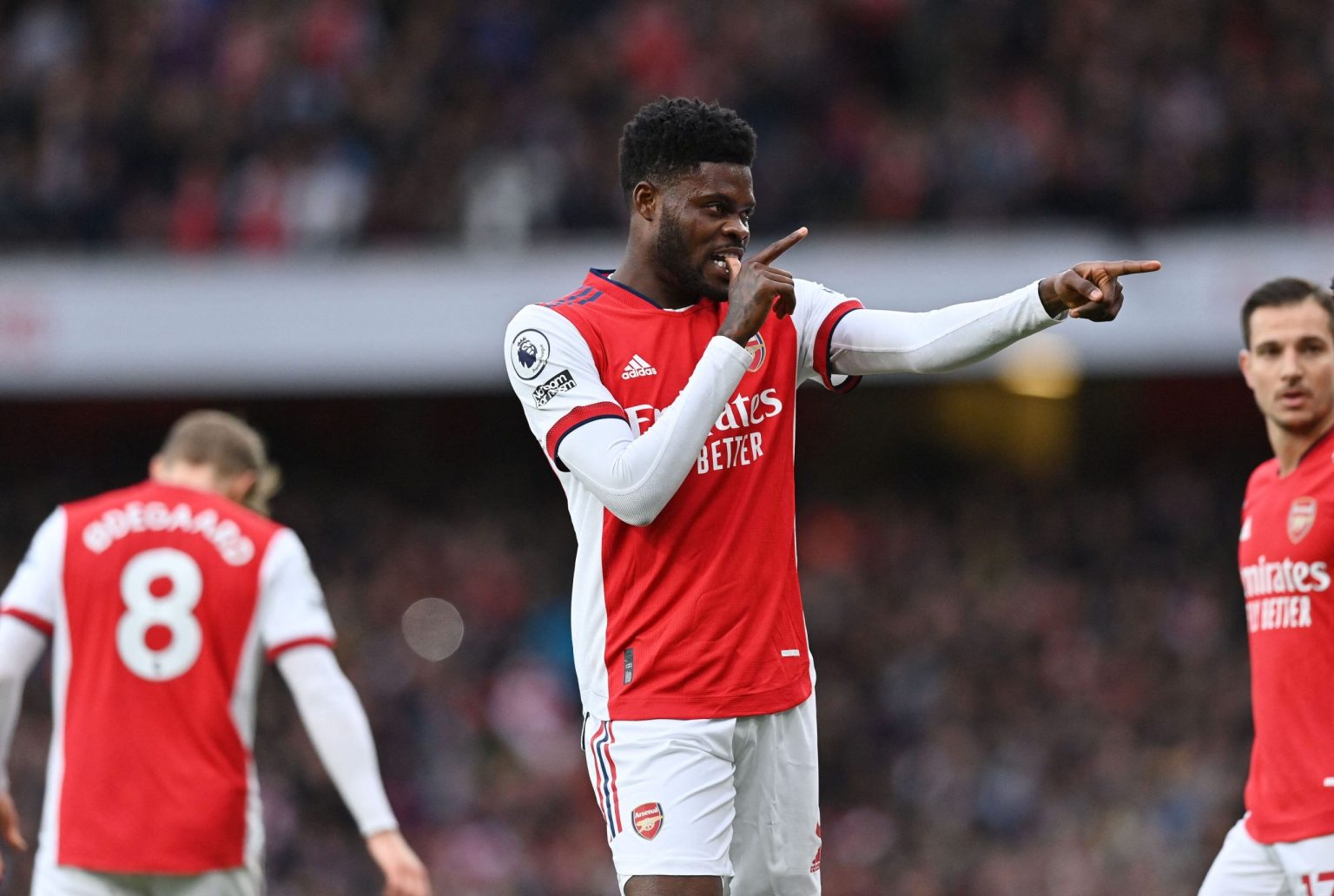 Arsenal is involved in a tough fight against Tottenham for the fourth spot at the Premier League table. The Gunners are two points ahead of the Spurs, with a match ahead on May 13, 2022. Arsenal has won three games in a row, beating West Ham by 2-1 in their last encounter. Mikel Arteta’s side will play The Leeds United next. And they need to keep their winning streak going to stay in the Champions League race. With only four games left in the season, the Gunners need to keep winning to ensure a fourth-place finish at the Premier League table.

But amid all the drama and tension, Arsenal midfielder Thomas Partey has teased his unexpected return from a thigh injury. Partey has suffered a lot of injuries over the last couple of seasons with the Gunners. Although when Partey has been healthy, he has put up some commendable performances for Arsenal.

Unfortunately, fitness has been a problem for Arsenal this season, with players like Kieran Tierney, Bukayo Saka, Ban white, and Thomas Partey out of the side. However, last Friday, Mikel Arteta gave an update about Partey’s injury. He defined the injury as significant and recurring. The Spanish manager ruled out Thomas for the rest of the season but hoped to be wrong. But it seems like Partey could return sooner than everyone would have expected.

On Sunday, Arsenal’s official Twitter account posted a video of Gabriel Martinelli and Gabriel Magalhaes working together to convert a corner into a goal against West Ham United. The post was captioned, “GABI x GABI.” And Partey replied to Arsenal’s post as “Tom x Tom soon.”

Partey’s return to the field during the heated season could prove to be a bliss for the Gunners to secure the fourth spot. Moreover, Thomas can help strengthen Arsenal’s midfield during their tough game against Tottenham. With just a lead of two points, the clash between the two English clubs could turn out to be a deciding one this season. The Gunners would want to bag the points and restrict the hotspurs from scoring any.

Meanwhile, Tottenham has another tough game ahead of them against the second-ranked Liverpool, who have been unstoppable lately. The Spurs manager Antonio Conte has been commendable in bringing the Hotspurs into the top-four battle. However, they would have to pull off their best game if the Gunners want to take on Liverpool.

Mikel Arteta would be quite pleased with Arsenal clinching three wins after three defeats in a row. The return of Thomas Partey would strengthen the team turnaround as they head towards some Champions League action this summer. Moreover, the Gunners have reportedly renewed their interest in signing Lautaro Martinez this summer with their improved odds of qualifying for the Champions League.