Madrid Open 2022: Novak Djokovic Claims Three Milestones By Reaching In The Semifinals! All Set To Face Carlos Alcaraz On Saturday 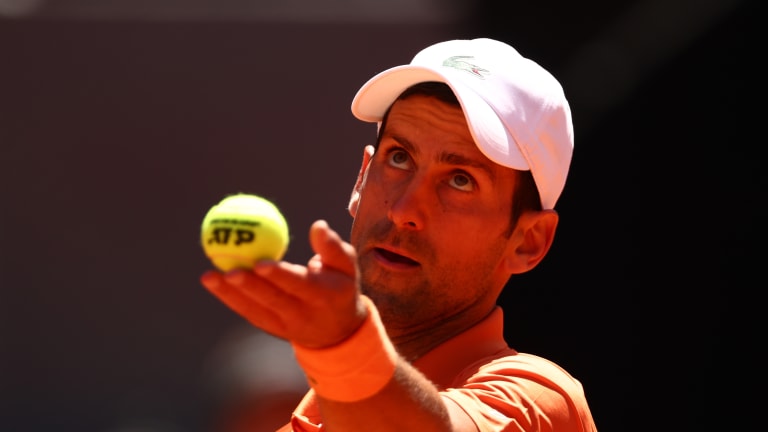 Novak Djokovic is heading strong toward the Madrid Open 2022 title with the quarterfinals victory against Hubert Hurkacz on Friday. The World no. 1 extended his 4-0 record against the Polish tennis player with a two straight sets victory. Moreover, Nole achieved the 6-3, 6-4 victory very swiftly in just 78 minutes. The Serb looked strong and in complete control during the encounter.

Novak kicked off his Madrid Open campaign on Tuesday with straight sets win over Gael Monfils. He also became the first player in ATP history to defeat the Frenchman 18 times. The victory cemented Novak’s stay on top of the ATP rankings for a record 369th week, starting Monday. Moreover, he received a bye against Andy Murray after the British tennis player withdrew from the match due to illness. Meanwhile, with his win over Hubert Hurkacz, Novak had achieved several milestones in the Masters 1000 tournaments. Now on Saturday, the Serb will face Carlos Alcaraz after the latter defeated Rafael Nadal in the quarterfinals. But let’s take a look at the milestones that Nole achieved in the last match!

Novak has won 376 Masters games so far in his career. And the Serb is coming close to Roger Federer, who has won 381 matches. He rules in the Masters 1000 series with most 37-titles and just 17 losses. After his recent win, Novak moved into his 72nd Masters 1000 series semifinals.

Only Nadal is ahead of the Serb with 27 Masters 1000 semifinals. He has made it to the Semifinals in the Spanish capital for the seventh time and has lost three semifinals in Madrid so far. The last time around in Caja Magica in 2019, Djokovic won the title, adding his total titles in the Spanish Capital to three after 2011 and 2016.

Novak is going strong in the Madrid Open after a finals loss in Belgrade. The Serb is focused on the Rolland Garros. He seems to be back in form with two straight sets of victory in Madrid. Further, the Serbian giant registered his 30th Madrid Open victory. He now has 30+wins in all nine Masters 1000 tournaments with 59 wins in Rome, 50 at Indian Wells, and 40+ in Miami, Cincinnati, Shanghai, and Paris.

Meanwhile, NovakDjokovic will face Carlos Alcaraz next, which will be a great challenge for the Serb. Alcaraz recently defeated Nadal in the quarterfinals, and it could get a little tense in Madrid tonight. The Serb will hope to win the semifinals and go a step closer to the Madrid Open title.