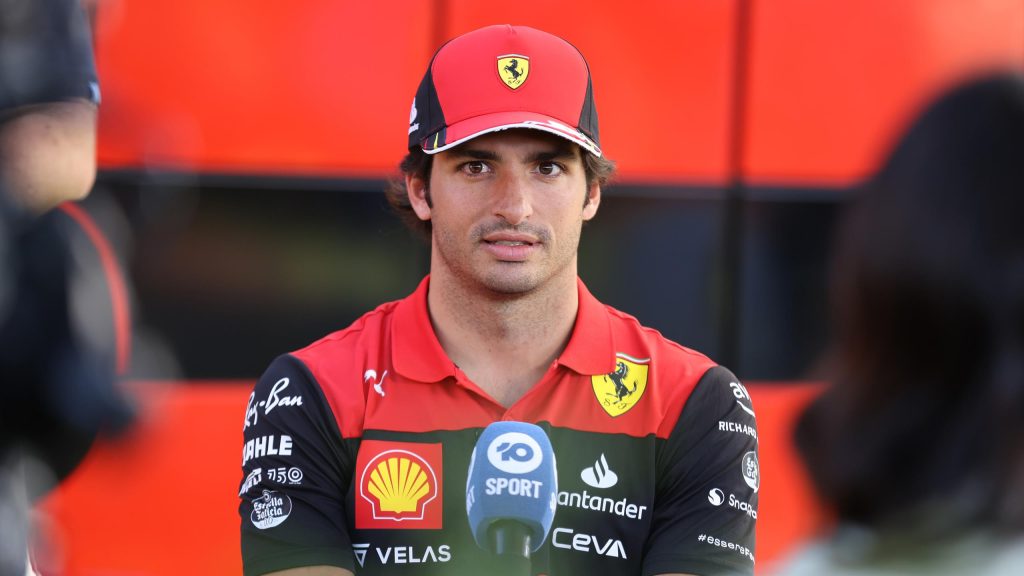 Formula One has seen the rise and fall of the drivers in motorsport’s history. However, some of the sensational legends ruling the sport for decades have out shadowed some of the really talented drivers in F1. One such driver who does not receive a lot of credit is Ferrari’s Carlos Sainz Jr. The Spanish driver kicked off his F1 career in 2015 with Toro Rosso before racing for Renault and McLaren.

Ferrari finally recruited the 27-year-old in 2021, when he outperformed Charles Leclerc and finished ahead of the Monegasque in the championship standings. The Ferrari driver had never driven a competitive car before the F1-75. But he has always pushed and scored points for every team he has driven for. Despite having to retire early twice this season, Sainz has secured a podium in every race he has finished this season. The Spaniard has shown his composure and dedication, earning himself the tag of a “smooth operator” across the F1 circuit.

Recently, Carlos hosted an event for Madrid Karting to welcome the Grand Prix at home. Sainz has not won a single Grand Prix so far in his career. The Spanish racer said it would be unique to win at home as it would be his first win in F1. Sainz told that he works hard every day and tries to secure his first win soon. And clinching his first race at home would be a special feat for Carlos. The Ferrari drivers added, “The fans will want it, but the one who wants the mist is me.”

Max Verstappen and Charles Leclerc have been the front runners for Red Bull and Ferrari during the 2022 championship. Verstappen has won three out of the five races, while Leclerc tops the drivers’ rankings with a 19 points lead over the Dutchman. The duo has looked well ahead of all other drivers in this season’s championship so far, while Mercedes has taken a back seat.

The Spanish Grand Prix is expected to be one of the most exciting encounters of the season. Although Verstappen and Leclerc have the upper hands, Carlos Sainz and his F1-75 are fully capable of getting past them and winning his first Grand Prix in Spain. With Ferrari having the clear advantage on the Barcelona circuit comprising of a lot of corners, Carlos could easily emerge to be the victor in front of his home crowd.

Sainz revealed that the Spanis week would be intense and fun for him at the same time. He will look to enjoy the Barcelona race like no other race so far in the season. Carlos thinks he has a real chance to fight for the podium and win the race. Moreover, The Ferrari driver acknowledged that the sold-out tickets are a good sign for F1 and the support the sport has in the country. In addition, Carlos said, “It will be a unique and very fun grand prize.”