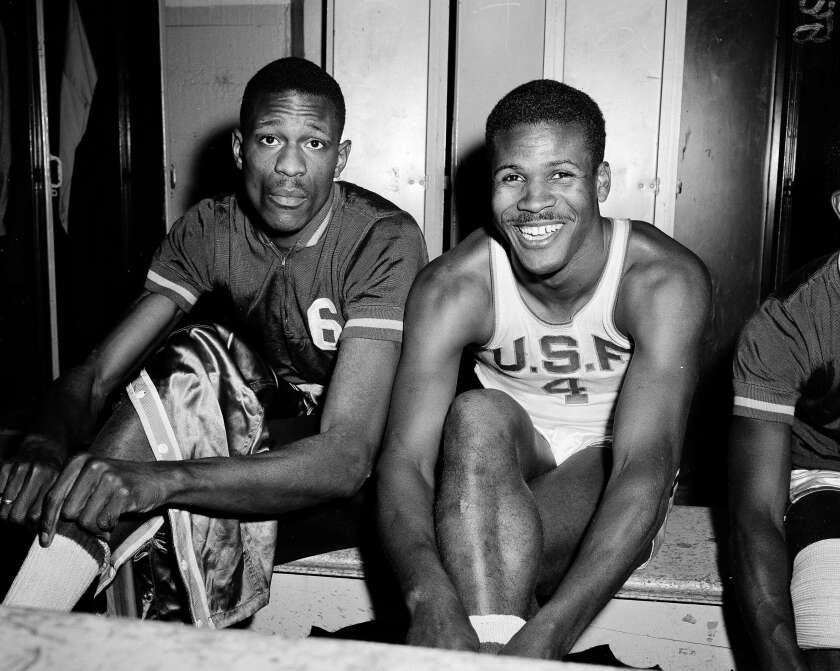 Last month, former Boston Celtics superstar Bill Russell passed away at the age of 88 in the presence of his family. Russell was the first black player to make it to the Hall of Fame in 1975. Bill led the Boston Celtics to 11 championship victories, establishing an era of domination for the franchise. The five-time NBA MVP played his whole career with the Cs before establishing a coaching career in the league. He was also a strong off-court personality who actively fought for social injustice and Black rights. Bill even led the USA team to a goal medal in the 1956 Olympics. The 12-time NBA All-Star was honored with the Presidential Medal of Freedom in 2011 by Barack Obama.

A few days after Russell’s demise, the lakers legend Magic Johnson urged the NBA commissioner Adam Silver to retire No. 6 jersey in the league to immortalize Bill’s legacy in the sport. Silver acknowledged Magic’s suggestion and announced the news recently. The NBA commissioner shared that Bill’s unparalleled on-court success and pioneering civil rights activism deserved a unique and historic honor.

Thus, the NBA decided to retire number six across every NBA team permanently. This is to ensure that Bill’s transcending career should always be remembered. Russell became the first NBA player in the history of the league to have his jersey number retired across the NBA after Boston took the initiative. Moreover, Bill became the third American athlete to have his jersey number retired in the four major professional sports in the USA and Canada after MLB’s Jackie Robinson’s no. 42 in 1997 and Ice Hockey’s Wayne Gretzky’s no. 99.

Will LeBron James Retire His No. 6 Jersey Too In Honour Of Bill Russell?

While the jersey retirement is a great initiative by NBA to honor Russell, LeBron James would have to make a tough decision. The four-time NBA champ also dons the no. 6 jersey for the Lakers. He shifted from jersey no. 23 when he joined the Lakers in 2018. However, with the league retiring no. 6, James might be forced to rely on finding a new number for himself.

Moreover, all players will wear a commemorative patch on their jerseys. And every court will showcase a clover-shaped logo with no. 6 written on the side. Hopefully, James will have a smooth transition, but it will not be easy for the 18-time All-Star to get rid of his lucky number.