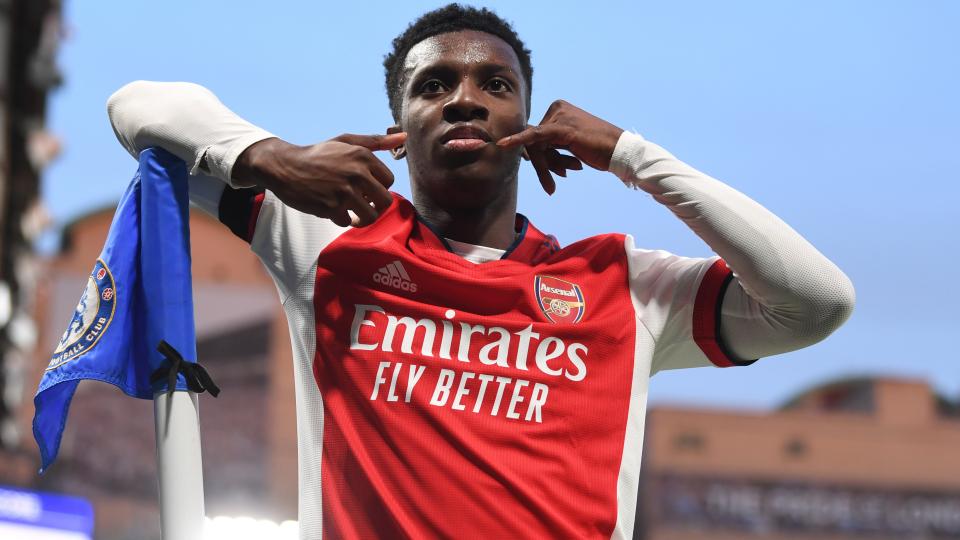 Arsenal is looking to strengthen their lineup this summer after they failed to finish fourth and came so close to qualifying for the Champions League next year. However, the Gunners lacked the attacking strength, which was exposed several times during the last season. Therefore, the north London club has been looking to acquire one of the talented attackers from Manchester City. The Gunners have offered £35 million for the City’s striker Gabriel Jesus, for whom the club has put up a bid of £50m.

Amid the negotiations for Gabriel, Arsenal striker Eddie Nketiah showed his excitement about the potential signing of the Brazilian national. The 23-year-old shared that he would relish the challenge posed by Gabriel for the team’s starting position. Nketiah was set to depart from the Emirates Stadium after the Gunners failed to agree to his stated terms. However, Arsenal made it right last week as Nketiah signed a five-year contract last with the club. The English national is the only senior striker left at the club after Pierre-Emerick Aubameyang left for Barcelona and Alexandre Lacazette departed for Lyon.

However, Nketiah’s place in the starting lineup next season is threatened by Gabriel’s transfer negotiations. But, Eddie does not seem to be concerned by Gabriel’s arrival as he welcomes the opportunity to play alongside Jesus. The 23-year-old said, “Every team needs a squad to compete.”

Nketiah stated the Gunners are looking for ways to strengthen. Eddie felt that the club had extended his deal for a reason. Thus, Eddie believes that whoever comes in, will be ready to relish the challenge, welcome them, and then fight & compete. The Arsenal striker admitted that he was not a finished article yet and had time to improve and make mistakes. However, the youngster believes in his ability and is confident about delivering if given the opportunity to play the games. He added, “I know I still have so much more to give and so much more to do.”

Thus, it will be interesting to see if the Arsenal and the City can negotiate a deal for Jesus. The Premier League champs have recently acquired Erling Haaland and Julian Alvarez for a combined £70m for the upcoming season. Thus, thy will look to regain most of their finances back with the Gabriel Jesus transfer. It is not yet clear what figure the clubs would agree on. However, several sources have suggested that the negotiation talks are advancing, and the deal could be finalized very soon.