Arsenal Steal Sao Paulo’s £42.5M Worth Marquinhos For Mere £3M Due To A Contract Loophole! 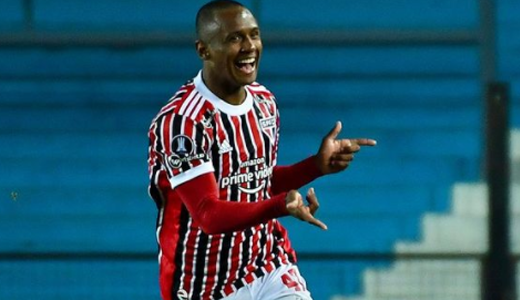 Arsenal is going through the most crucial stage of their Premier League season as they continue to fight for the fourth finish in the table. After their recent loss against their prime rivals Tottenham, the Gunners need to win their last two matches to secure a Championship qualification. Amid all the action, a Brazilian Journalist reported that Arsenal had allegedly joined the race to acquire a potential youngster from the Brazilian Market. The Gunners have some decent contacts in Brazil after they recruited Gabriel Martinelli from Ituano in 2019. The 20-year-old has been a great success for Arsenal and has scored five goals in 27 appearances for the Gunners this season.

Further, the young winger from Sao Paulo, Marquinhos, is planning a big move from Brazil to Europe this season. Several teams, including Juventus, Atletico Madrid, and the Wolverhampton, have shown an interest in the 19-year-old. However, the Gunners stepped into the race recently. And the technical director Edu has negotiated a deal for the Brazilian winger. Arsenal was in talks with Sao Paulo during the past weekend to negotiate a term for Maquinhos’ transfer. Finally, the two clubs have agreed on a £3 million deal, as reported by GOAL.

The young Brazilian mainly plays as a winger. But he has been taking the center’s responsibility on several occasions for Sao Paulo. Marquinhos is expected to be the Gunners’ first signing of the transfer window this summer. Arteta and his side will look to the young footballer as a future prospect for the North London club. Moreover, if the deal goals through, Marquinhos might have the opportunity to work with the first team this preseason.

Arsenal Gets Marquinhos At An Unbelievably Cheap Price

Marquinhos was in contract with Sao Paulo until 2024. His contract included a €50million (£42.5 million) release clause. With the young teenager’s demand in the European League, Arsenal took advantage of a contract loophole to land the Brazilian star for a low price of £3 million($3.7m). Sao Paulo was forced to accept the offer with the fear of Marquinhos leaving the club for free despite their contract until 2024.

Marquinhos is a left-footed player who is comfortable with both wings. However, his preferred position is wide out on the right, allowing him to cut inside on his dominant foot. The youngster joined Sao Paulo at the age of 18 and made his debut against Flamengo in July 2021. The 19-year-old has made 39 appearances for his hometown club’s first team. The Brazilian has scored four goals with three assists so far. Although his numbers may not be truly incredible, the young attacker is ranked as a plage with immense potential. Maquinhos is a multi-faceted player just like Martinelli and could prove to be crucial for the Gunners if they make it to the Champions League.