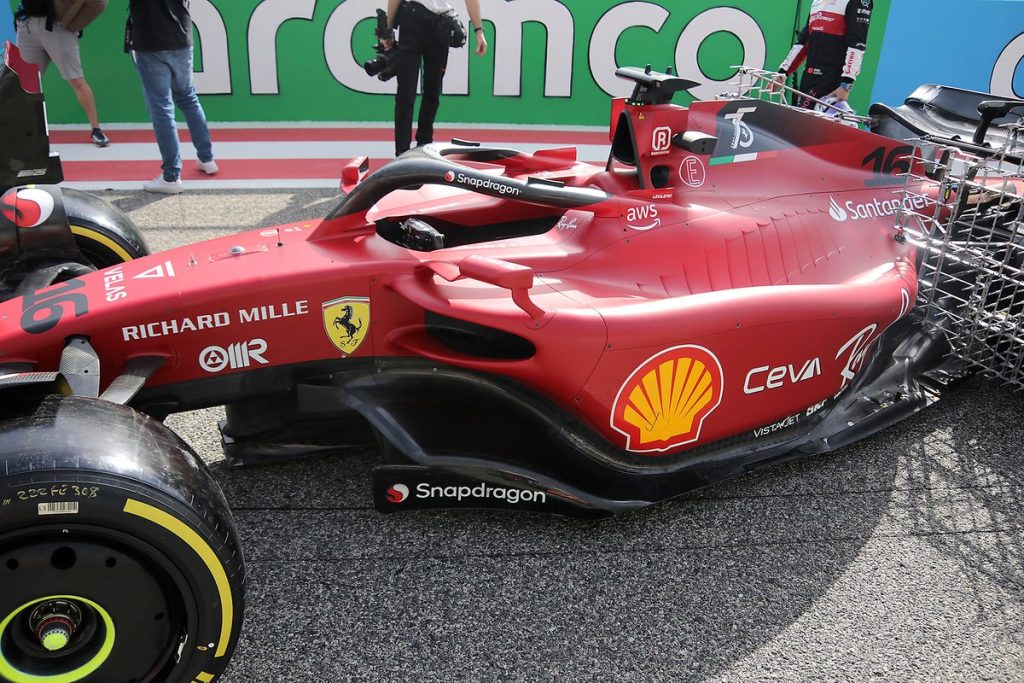 On Friday, Ferrari hired the Monza Circuit in Italy for secretive filming of a promotional video. While the racing team constantly needed to steer clear of the Tifosi, the Scuderia had high security across the circuits to prevent people from taking a peak. The access roads to the circuit were closed with barriers, and the fans were strictly prohibited from entering. Moreover, the F1-75 was heavily shielded by barriers to avoid any leaks.

Charles Leclerc was present in Monza to shoot some videos of both the cars on track for Ferarri. There were photo sessions of the cars in the pits and the paddock as well. Ferrari planned a fresh shoot in the middle of the season after they dropped the Russian Kaspersky brand following the war on Ukraine. Thus, the Scuderia needed some new footage of the car without the logos of the Russian brand. The Italian manufacturer’s previous filming footages were before the pre-season test in Barcelona. At that time, the brand’s logos were still on the cars. And Ferrari needed more updated footage of their newest F1-75s.

Was Ferrari Using The Filming To Gather Data For The Race In Barcelona?

The level of secrecy and security in Monza is what has stirred rumors that Ferrari might be working on an update to emerge on top during the next race in Barcelona. Charles Leclerc was on a 17-lap run which prompted the discussion that Ferrari might be trying to understand their car better by gathering important data. The secretive run at Monza has also given way to speculations about the Scuderia bringing a major update in Spain.

Ferrari thinks that Red Bull has an 0.2-second advantage per lap. Hence, the Italian racing team might look into reducing the drag and weight of the F1-75. Thus, the Scuderia could introduce a new lower drag rear wing along with some important tweaks to the sidepods and the floor.

Moreover, several images from the filming in Monza revealed that the DRS was in silver clour, suggesting a modification. The DRS in the regular unit had a black shroud during the races. Meanwhile, Ferrari is also working on losing some weight off the F1-75. The Scuderia have removed a transparent film from the car’s bodywork paint.

The removal of the coating could knock off up to 700 grams to keep the F1-75‘s weight within the F1’s 798kg limit. The shedding of the film has only impacted how the car looks in certain light conditions. It could be something that Ferrari was focusing on as well in Monza. The Spanish Grand Prix is scheduled from May 20-22. Ferrari will look to gain some advantage ver Ferrari so Leclerc can equalize Verstappen and stay in the lead on the drivers’ standings.