Are The Lakers Planning To Keep Russell Westbrook For The 2022 Season? 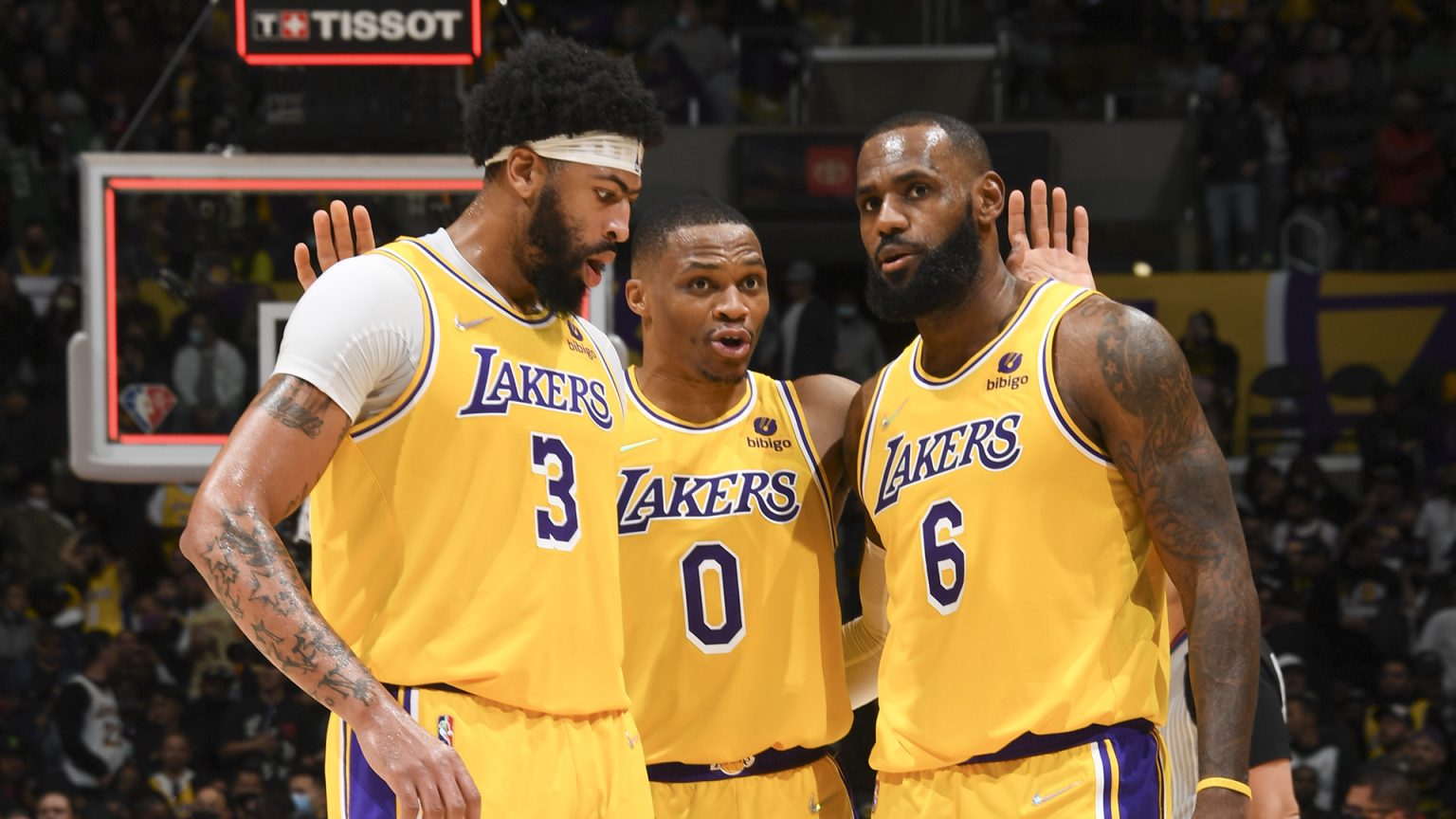 The Los Angeles Lakers had some serious roster issues during the 2021-22 NBA championship. This led to a disappointing 33-49 record. LA failed to make it to the playoffs due to a series of injuries to star players like LeBron James and Anthony Davis and the lack of form from Russell Westbrook. Trade rumors involving Russell Westbrook started even before the end of the regular season as he failed to leave a mark on the franchise. Many reports had claimed that the Lakers would do anything to get rid of Westbrook, who is set to opt for his $47 million player option this season. However, it seems like the narrative has turned on its head, and Westbrook might end up staying in LA for one more season.

All the teams who have discussed a potential swap with the lakers have demanded a first-round draft pick with Westbrook. This will cost the franchise around $41 million. However, it seems like the Lakers are not very keen on giving away their 2026 first-round pick just to get rid of Russell.

Although the team will already have to wait until 2026. New Orleans has the selective power to exercise LA”s pick as a result of the Anthony Davis deal. Thus, giving away another valuable player with Westbrook is not what the LA front office has in their minds. Therefore, Westbrook will most likely stay with the Lakers for the 2022-23 season. However, some NBA Insiders think that Westbrook needs to leave LA at all costs if the Lakers want to win the champions.

Is Retaining Westbrook A Good Idea For The Lakers?

Westbrook played 78 games in the last season and averaged 18.5 points with 7.4 rebounds and 7.1 assists. The 33-year-old shot 70% from the charity stripe only fr the third time in his career. Moreover, he has the third-lowest assist percentage of 31.6 with 27.3 USG and .324 FTr. As per First Things First’s Chris Broussard, the lakers should give up their first-round picks to trade Westbrook.

The NBA expert feels that the franchise owes a championship-winning team to LeBron James, who is playing incredibly. Westbrook has not been able to fit in alongside James and Davis. Chris does not think that the new coach will be able to change that. The Lakers went 11-10 last season when the Big Three played together. Moreover, the franchise had a 20-32 record when Russell played with either one among LeBron James and Davis. Thus the NBA expert thinks the Lakers will have a huge problem with floor spacing, three-point shooting, and defense when the Big Three walk out together on the court.

Nick Wright also thinks that Westbrook needs to go if LA has to turn things around this season. Moreover, the NBA expert suggested that the Lakers need to consider trading LeBron James if the franchise thinks they are capable of competing for the championship this season. Nick feels that the lakers might waste one of James’ MVP seasons if they remain too concerned about the 2027 draft picks. Thus, a way to get out of the mess would be to trade LeBron James. So, he can get a real shot at the championship after all he has done for the franchise.

On the other hand, Kevin Wildes suggested a way for Westbrook to contribute to the Lakers roster if he stays with the team. Wildes thinks that Russell can improve in three sectors. The nine-time MVP needs to stop shooting three, as his conversion rate is only 30%. The NBA Insider wants Westbrook to get to the room, secure fouls, and score free throws as he shot 85% from the line five years ago. But, last year, he only shot 67%, which is comparatively less.

Wildes further pointed out that Russell needs to work on his defense. He does not have to play like Alex Caruso. But, the 2017 MVP needs to pay attention to his man and avoid leaving him open. It looks like the new head coach Darvin Ham will have to find a strategy to use Westbrook effectively if he stays with the franchise during the upcoming season.