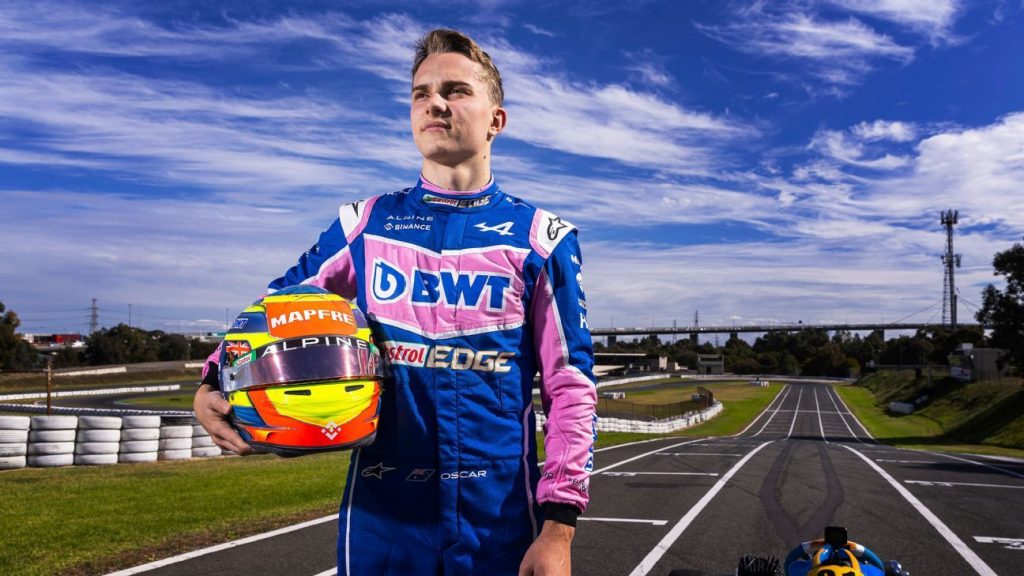 Alpine’s reserve driver and reigning Formula 2 champ Oscar Piastri is awaiting his turn to get inside an F1 car and make a name at the highest level of racing. Zhou Guanyu beat Oscar during the race for the Alfa Romeo seat in 2022. The Chinese racing driver is currently partnering with Valtteri Bottas at Alfa Romeo. Alpine has made it clear that they want to see Piastri racing in the Formula One circuit. However, the only thing stopping the racing team from putting Oscar in an F1 car is Esteban Ocon’s contract beyond 2022 and Fernando Alonso’s desire to continue racing for a couple more years. Alpine’s team principal Otmar Szafnauer admitted that the team is under pressure to find Oscar Piastri a 2023 seat. In addition, the pressure will continue to crank up in the upcoming months.

The 21-year-old followed the footsteps of top-tier drivers like Geroge Russell and Charles Leclerc by winning the F2 and F3 titles in consecutive years. The three drivers are the only ones to have achieved the unique milestone. Meanwhile, Alpine is so keen on bringing Oscar to F1 that they offered his services to Mclearn in case their driver Daniel Ricciardo did not recover on time during the race in Bahrain.

The Australian driver chose to take a break from racing in 2022. He decided to spend a year learning the ins and outs of the Formula 1 paddock before making his debut. Moreover, Alpine’s Otmar Szafnauer is working hard with the youngster and preparing him for a full-time role in the near future.

Alpine team boss revealed it is great that Fernando Alonso wants to continue. But, the team also has a wonderful young man like Oscar, who is well prepared and very ambitious. Szafnauer added that Alpine is working hard with Oscar. They are looking to put him in a Formula 1 car if an opportunity comes up. The team boss also shared that Piastri will do some practice runs for Alpine later this year. He also plays a crucial role for the racing team on the simulator. Otmar acknowledged that Oscar is an “up-and-coming talent.” The racing team will certainly have some pressure in July when they try to find him a 2023 seat.

Meanwhile, Alonso will continue racing in Formula One beyond this season. However, it is yet to be confirmed if he will continue with Alpine next year. Alonso would continue driving for at least two or three years. He would like to continue with Alpine, but he does mind moving to another racing team. Alonso added, “I’m still figuring that out. I’ll probably start the discussions in the summer.”

However, given the trust Szafnauer has shown in Oscar, it is highly unlikely that Alpine will extend their contact with Fernando Alonso. Thus, Oscar Piastri will most probably make his F1 debut for Alpine in 2023.