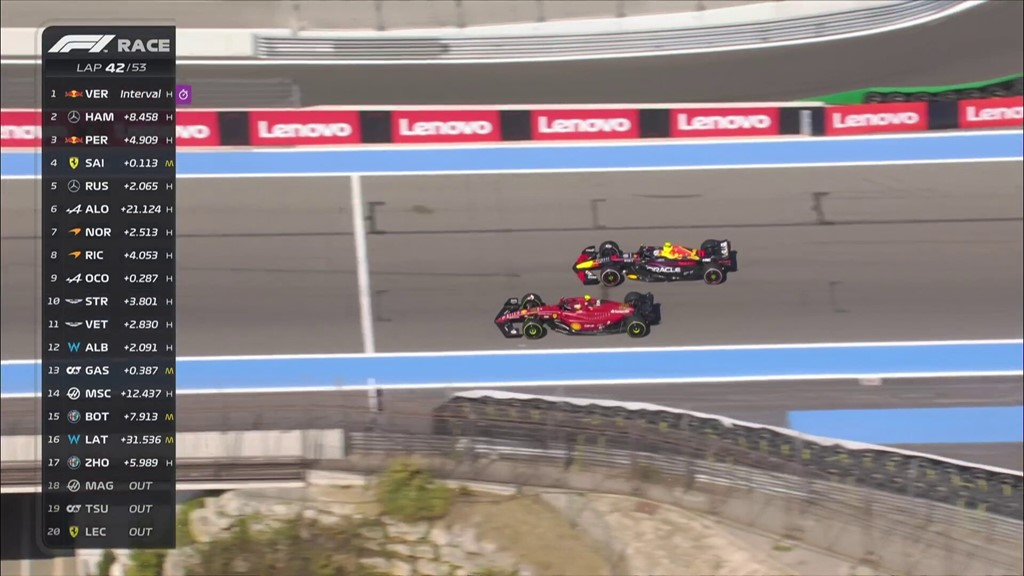 The current F1 championship frontrunners, Red Bull and Ferrari, brought some detailed floor inlet modifications for the French weekend in Paul Ricard. Both teams made changes around the inlet fences connected to the underfloor venturi tunnels. F1 teams can use up to three fences along with an outer barge board, working as a fourth fence. The basic function of these fences is to accelerate the airflow to the venturi tunnels, generating underbody downforce, which is a key in the new ground-effect cars. Thus, the pressure of the airflow directly impacts the downforce generated from the floor.

More downforce is created locally through the air interaction around the exposed upper and lower areas of the front floor. However, the aerodynamicists usually have to sacrifice one for the other in order to maintain the aero balance between the car’s front and rear. The aero balance is the aerodynamic equivalent of the distribution in weight, affecting the total proportion of the total downforce to each axle. However, the aero distribution varies between the front and rear due to the differences in the slow-speed demanding sharp directions and high-speed tracks requiring corner stability.

The constructors’ championship leader arranged their front fences to control the aero distribution depending on the need of each track. Red Bull has enjoyed the opportunity to experiment with different setups that appears to be their RB-18‘s strength this season. Moreover, the changed layout redistributed the local pressure to improve the load and stabilize the flow. The local load is usually defined as the amount of downforce generated by the floor front compared to the downforce created by the tunnel towards the rear.

For the Paul Ricard circuit, Red Bull separated the two outer fences apart in order to move their aero balance towards the rear. It resulted in the increase of the airflow into the tunnel and decreased the load in the floor’s front part. The changes in fences, along with a low-downforce rear wing, boosted Red bull’s straight-line speed as well. The transfer of the center of pressure also reduced the thermal degradation of the front tyres in hot conditions at Paul Ricard.

Meanwhile, Ferrari focused more on the general development of their F1-75 instead of making it circuit-specific like Red Bull. The Scuderia increased the height of the tunnel inlet area while using the bodywork’s stepped-down section to keep the outboard section at the same height. In addition, they extended their barge board a little more forward.

The height of the inboard inlet was increased to have a greater amount of airflow into the tunnel. It provides greater total downforce and moves the aero balance to the rear. Ferrari explained to the FIA that the new floor component is a part of the standard development cycle. The change was meant to improve the overall aero performance through the car’s operating envelope. And it was not specific to the circuit layout in France.