2023 NBA Draft: Victor Wembanyama Might be Acclaimed To Be The Best NBA Prospect Since LeBron James! 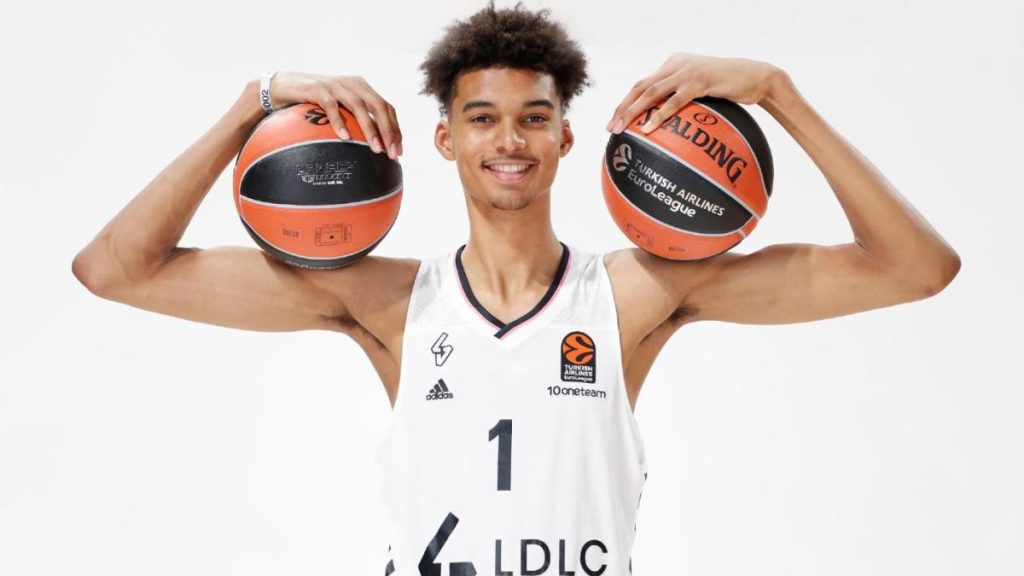 The 2022 NBA draft was dominated by the likes of Paolo Banchero, Chat Holmgren, and Jabri Smith. Oklahoma City has landed a great prospect in Holmgren, but it seems like the NBA fraternity is already looking forward to the 2023 NBA draft. It is because one of the most promising young foreign prospects is set to enter the league next year. Victor Wembanyama is being considered to be far better than the top 2022 draft prospects. The 18-year-old is a French national with a massive height of 7-foot-three inches. The Thunder and several other teams are already keeping a close eye on the transcendent player with the capabilities of being a top-notch prospect since LeBron James.

Further, Victor’s unique playing style and his massive build, along with a wingspan of 7-foot-9, are simply incredible to witness. He efficiently takes players off the dribble and shoots Stephen Curry range three-pointers at a quite young age. However, the French youngster is the most effective in defensive positions, bravely protecting the rims and guarding wings against the pick-and-roll switch. With the skills that Wembanyama possesses, he is projected to be Rudy Gobert mixed with Kevin Durant and Anthony Davis.

The French native is already a favorite for the No. 1 pick in the 2023 NBA draft by a fair margin. Victo is also the most talked about prospect among the NBA scouts and executives since LeBron James entered the league in 2003. He will become the most talented overseas player, outshining Luka Doncic and Nikola Jokic.

One of the NBA Scouts revealed that it is Wembanyama versus everyone else for the 2023 draft. The scouting professional shared that brilliance at a young age is always a concern, but Victor’s progress is quite promising. The NBA scout stated that Wembanyama could be the closet player to a transcendent talent since Zion Williams. He added, “Even then, the feelings throughout the league were much more mixed compared to where things stand right now with Wembanyama.

Victor’s potential was visible during the FIBA U19 World Cup finals when the 2022 No. 2 pick Holmgren went up against the Wembanyama. The seven-foot Holmgren is known for his rim-protecting skills. However, it was Victor who outshined him with an MVP-standard performance with right blocks and 22 points. The USA team could also manage to keep themselves from losing with an 83-80 finish against France. During the tournament, the French teenager recorded the highest (40) blocks in FIBA World Cup history, averaging 5.7 points per game. Meanwhile, Holmgren could only pull off 19 blocks in the tournament.

There is no doubt that Wembanyama would have been the top pick in this year’s NBA draft when Ivey and Holmgren were among the top five. The NBA Scout also shared that he never saw Chet Holmgren being physically outshadowed until he played against Victor. The Scout added, “He probably can and does do all that Chet can, but is three inches taller, probably shoots it better from three, may have a better feel as a passer, and has a much better frame to develop than Chet.”

Share. Facebook Twitter Pinterest LinkedIn Tumblr Email
Previous Article“Mercedes Could Be A Factor During The British Grand Prix,” Claims Red Bull Team Boss Horner!
Next Article The Lakers Are Left Hanging Amid Frustrating Negotiations Between Kyrie Irving And The Nets!