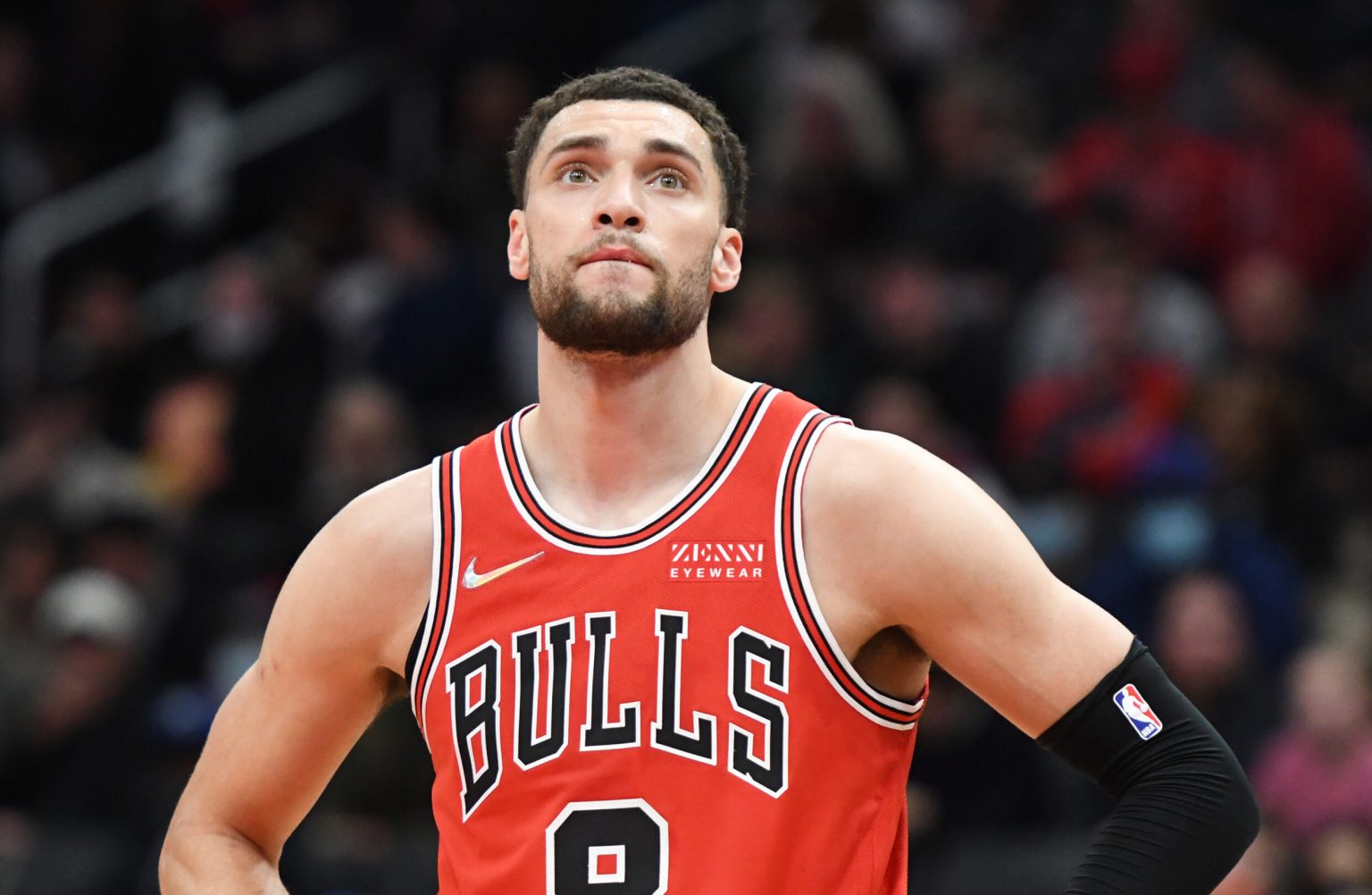 Zach LaVine is one name all Chicago Bulls fans know and love. Such has been the performance of the athlete for the team. Born in March 1995, Zachary LaVine has been one of the key players for the Bulls. This is why the team has signed a 78 million dollar deal with him. But fans are generally curious to know about Zach LaVine’s net worth. So, here we are taking a look at the athlete’s personal life and career.

Zachary LaVine was born in Renton, Washington, on March 10, 1995. Zach’s father, Paul LaVine, was a former professional football player who competed in the National Football League and the United States Football League. Cheryl Johnson, LaVine’s mother, played softball in the past. Thanks to Michael Jordan, Zach has had a passion for basketball since he was a little boy. The “Bothell High School” in Washington was where LaVine went to school. He was the squad’s key ball-handler and played point guard for his school’s basketball team. In the backyard of his home, LaVine began his basketball practice. His father served as both his initial trainer and mentor.

LaVine demonstrated exceptional basketball skills during his senior year of high school. He received the 2013 “Associated Press Washington State Player of the Year” award. He also took home the “Washington Mr. Basketball” award. LaVine took part in the 2013 “Ballislife All-American Game,” an annual all-star contest for basketball players from high schools. He triumphed in this game’s “Slam Dunk Contest.” He was placed forty-fourth overall and twelfth among “shooting guards” in the same year.

Zach forfeited three years of his undergraduate education to get selected in the draft. LaVine was chosen by the Minnesota Timberwolves, an NBA franchise, with the thirteenth overall choice in June 2014. The Oklahoma City Thunder was his opponent in 2016, and he scored 35 points. LaVine led “Team USA” to a victory in the “Rising Stars Challenge” at the “2016 All-Star Weekend” with 30 points. The Minnesota Timberwolves renewed LaVine’s rookie contract for an additional season in October 2015. In November, his 26-point performance against the “Indiana Pacers” was a season-best. He defeated the “Oklahoma City Thunder” in January 2016 and scored 35 points.

He and Jimmy Butler were exchanged between the “Minnesota Timberwolves” and “Chicago Bulls” in June 2017. LaVine scored 14 points for the ‘Chicago Bulls’ in their win against the ‘Detroit Pistons’ in his first game in eleven months in 2018. In February, a victory over the “Minnesota Timberwolves” saw him score a season-high 35 points. LaVine was suspended by the “Chicago Bulls” for the remainder of the season in April 2018, claiming ailments. He is unfazed and strives to rise to the league’s top as a player.

Chicago Bulls star Zach LaVine is now recognized as one of the best young players in the NBA. He draws a handsome salary from his career, so Zach has been doing quite well in the money. As of July 2022, Zach LaVine has an estimated net worth of about $50 million. In 2018, LaVine agreed to a four-year contract deal with the Chicago Bulls. He will receive $78 million throughout the four-year contract, and in 2022 he will be able to sign with any team he wants. Adidas and LaVine currently have a sponsorship agreement. Before 2017, he wore the competition’s Nike shoes, but Adidas signed him to a $35 million, four-year contract.