Yankees Pays Tribute As Derek Jeter Returns To Homeground After His Hall Of Fame Induction! 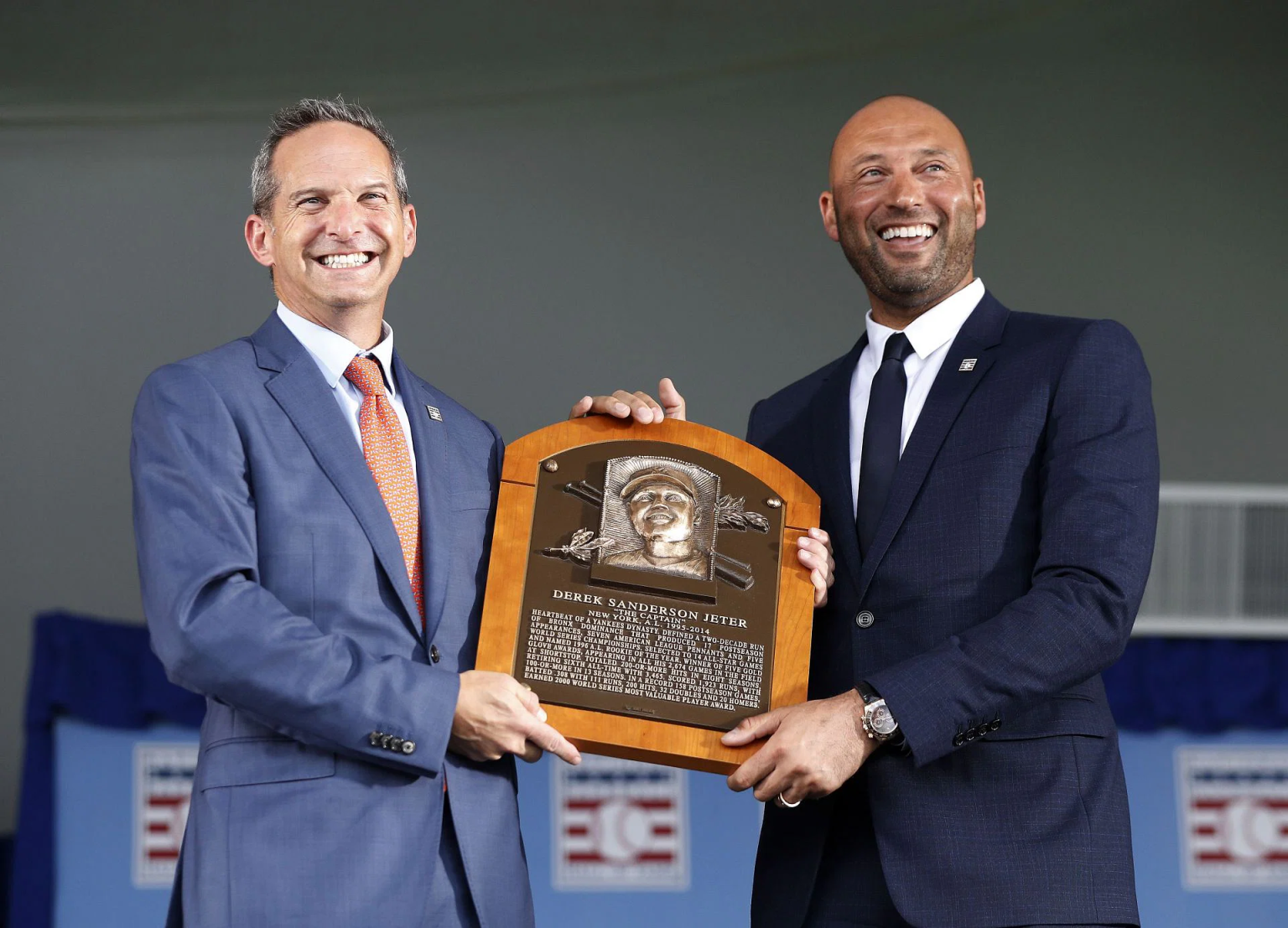 Retired Yankees legend Derek Jeter has been one of the favorite fan players since forever. Over the years, he has given many memorable moments for the Yankees and their fans to rejoice. Jeter returned to the iconic Yankees stadium on Friday as the franchise honored him after his induction into the MLB Hall Of Fame. It was truely a heartwarming spectacle for the Yankees admirers.

To celebrate his Cooperstown induction, Derek Jeter traveled back to the city he called home for 20 years a year and a day after being inducted into the Baseball Hall of Fame. However, he gave the crowded Yankee Stadium audience a clue that he might be present more frequently. Later, Jeter clearly didn’t intend it in an official role.

After having a two-decade career featuring five World Series victories, on Friday night, Derek Jeter and his family rolled slowly around the outfield of Yankee Stadium while waving. To celebrate the Yankees captain’s induction into the National Baseball Hall of Fame and Museum, enjoy every last bit of this eagerly anticipated ceremony.

When Derek Jeter was recognized for his induction into the Hall of Fame at Yankee Stadium, the Yankees invited a number of notable team members. Despite having been elected in 2020, Jeter was only officially inducted into the Hall of Fame in September of 2021. While addressing the fans, Jetter said, “I did miss the place. This is home for me. I was here for 20 years, across the street and in this building. It’s 20 years where I played pretty much every day. This is where I feel most comfortable.”

Jeter revealed that early in his playing career, his parents, Charles and Dorothy, began gathering his baseball cards. The Jeters’ house in Kalamazoo, Michigan, experienced flooding, significantly damaging their collection. He said that heartbreak might have been prevented if a product like Arena Club had been available at the time. Derek Jeter hasn’t been on the infield at Yankee Stadium with yells of support from the crowd in years.

Jeter had only made three public outings at Yankee Stadium since his retirement following the 2014 season. The 1996 World Series champions got together, and on May 14, 2017, the Yankees retired Derek Jeter’s number 2. After his time with the Marlins, Jeter also returned to the stadium in July of last year for a special showing of his ESPN documentary on the scoreboard. In his closing remarks, Jeter acknowledged that he was not in the Bronx, partly due to his time spent with the Marlins’ ownership group. Since his retirement, Jeter has only made four public appearances at Yankee Stadium.