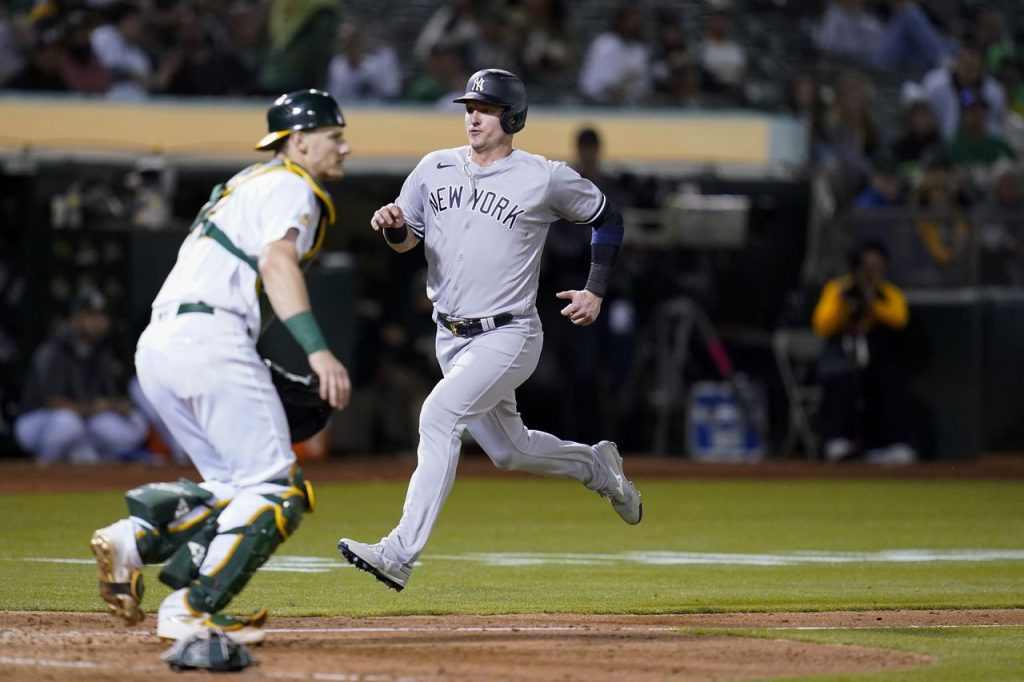 The five-game winning streak after a terrible start to the season’s second half seemed to have ended the New York Yankees’ slump. However, the streak came to an end after the Yankees lost to The Oakland Angels, the worst teams in American League this season. Things got worse when the Yankees lost their second straight game against the A’s by 4-1 in front of 28,498 fans at the Coliseum. The Yankees scored three or fewer runs for the third consecutive game, and their AL lead had dropped to 7 1/2 games after the Rays beat Boston.

The Yankees secured a single hit in an 11-inning loss against Oakland on Saturday. Their offense stumbled yet again after an unimpressive day from Clarke Schmidt. The Yankees failed to get a single hit on Sunday until Aaron Hicks finally clinched a single to the center with two outs in the fifth. Hicks scored the single off Kyle Higashioka’s base hit to get the scoreline to 4-1. Moreover, Andrew Benintendi tried to hit one out of the park. But his shot went into the wall, and Tony Kept caught the ball at the inning’s end. Before the single, the Pinstripers made only a single hit in 17 innings since Friday’s win.

Elsewhere, the Oakland rookie Andrian Martinez shut down the Yankees’ offense. He conceded just one run in 5 1/3 innings during his sixth MLB game. Meanwhile, Schmidt gave away four runs over eight hits in 4 1/3 innings. Clarke struggled early during his second start of the season. He gave away a run in both the first and third innings.

The Yankees manager Aaron Boone talked after another disappointing loss. He was asked if the Yankees had taken the struggled A’s lightly. Boone stated that the last 22 hours have been tough for his team in terms of their offense, and they needed to do a better job. Moreover, the Bomber boss said that New York was trying to win thier division, and they were getting down to the stretch line this year. Hence, Aaron suggested that the Yankees better not be taking Oakland lightly. He added, “We have to make sure to bring it every single day. I don’t think that’s the issue. We just got shut down.”

After Hicks scored a run in the fifth, the Yankees threatened in the sixth but failed to score. Giancarlo Stanton singled to the left with one out, resulting in a knockout for Martinez. Anthony Rizzo also squibbed a base hit down the third base line with one out against Sam Moll. However, DJ Lamahieu grounded into a double play. The Bombers would hope to get better results in the last three games against the Angels and get their early season momentum back.