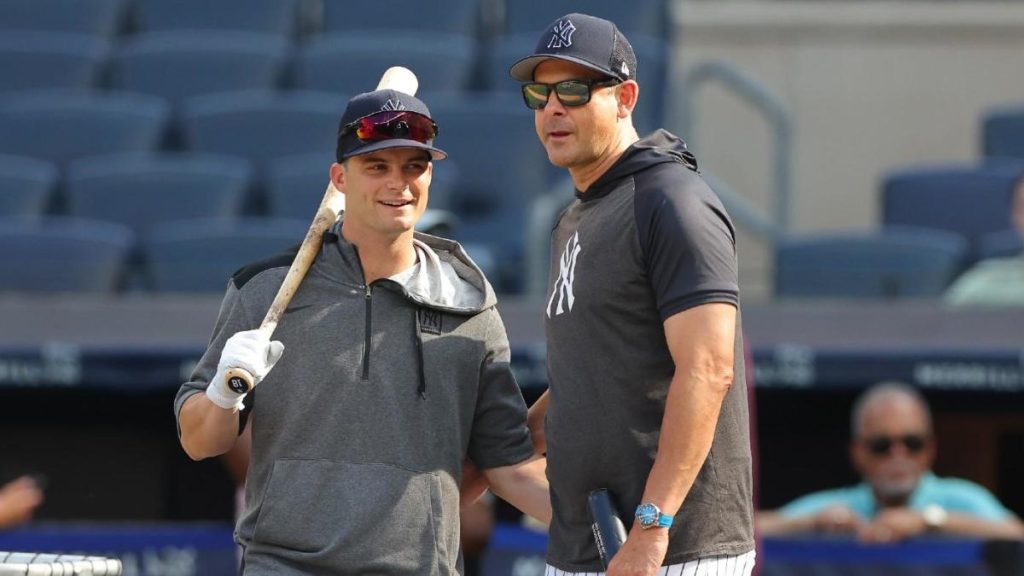 The New York Yankees strengthened their outfield options by acquiring Royals’ Andre Benintendi on Wednesday. The 2022 All-Star was quite vague during his introductory press conference on Thursday. He was asked about his vaccination status. But, Andrew stuck to a definitive answer stating that he did not know when he would get vaccinated. The 28-year-old provided no assurance about getting vaccinated when the Yankees visit Toronto on September 26-28.

The Yankees acquired Benintendi to play regularly in the left field position, allowing Aaron Judge to ease up from his center field role. The Bombers manager Aaron Boone is pushing Judge towards a regular right field role. This move will most likely put Joey Gallo on the bench. Moreover, Aaron Hicks will take the center field and Giancarlo Stanton as the primary DH.

Will Andrew Benintendi Get Vaccinated?

The media personnel tried to dig deeper instead of backing off. The 28-year-old was asked if he would be available for the Blue Jay Series in Toronto, with the Canadian government vaccination status still in place. However, Benintendi shielded himself. He claimed to be just focused on playing the ball. The 2018 World Series champ added, “I’ll cross that bridge when it comes. I’m open-minded about it.”

Andrew Benintendi refrained from taking a side in favor or against vaccination. However, the reality is he will have to get vaccinated if the Canadian government does not amend its vaccination mandate until September. Moreover, several sources reported that Benintendi had no conversation about his vaccination plans with the Yankees officials. But, Andrew told Kansas City’s general manager Dayton Moore that he would get vaccinated if traded to an American League contender franchise.

Moore further revealed the news to the teams interested in bidding for Benintendi. Hence, the Blue Jays were heavily invested in bringing the 2021 Golden Glove winner to Canada. Moreover, the Yankees would have never signed up for Benintendi if they had any doubts about his plans. They would need him to play almost every match during the final two months of the season.