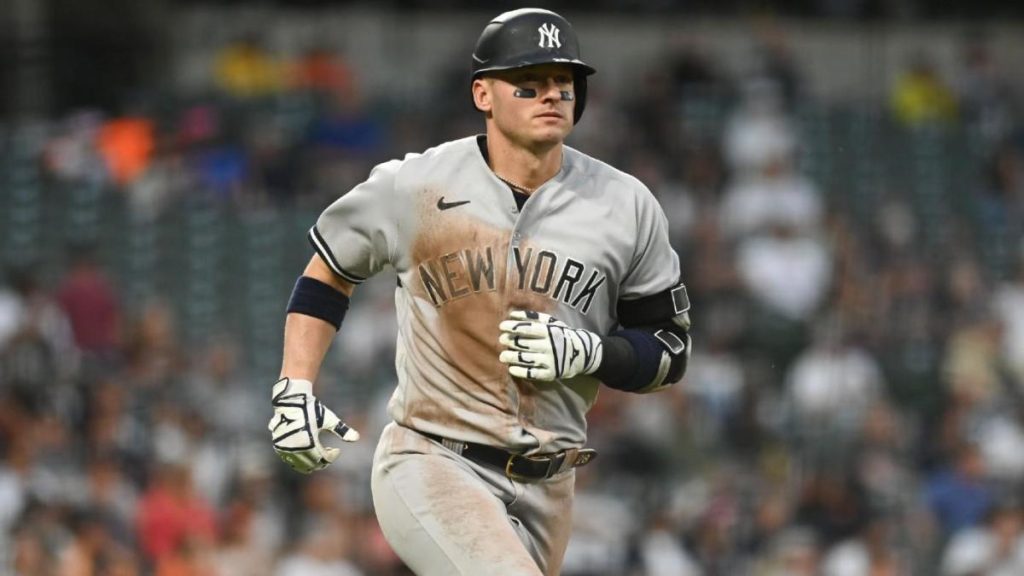 The New York Yankees finally managed to win a game after consistently losing since the All-Star break. Coming off a 64-28 record during the first off, the Bombers stumbled badly as they lost 11 of the last 13 games. They lost six of their last seven games before the third game against the Tampa rays On Wednesday. However, the Yankees offense came into hitting form at the right moment on Wednesday, defeating the Rays by 8-7.

Injuries and the lack of form have been a serious problem for the Yankees lately. With players like Josh Donaldson and Aaron Hicks struggling at the plate, scoring has become quite hard for the team. However, luckily for the Yankees, Donaldson kept his cool through all the negative talks and delivered big on Wednesday. During the bottom 10th inning, the Bombers were railing by three runs. That’s when Donaldson hit a walk-off grand slam to power the Yankees home to their fourth win in August.

Moreover, it was Donaldson’s first home run since August 8. He was 3-dor-25 heading into Wednesday’s game. Further, the three-time All-Satr became only the third Yankee after Babe Ruth and Jason Giambi to hit a game-deciding grand slam when the team trailed by at least three runs in extra innings. Donaldson shared that the team was quite pumped during the back-and-forth battle as the game progressed. However, he was happy that the Yankees were able to make a comeback with their beaks against the wall. The 36-year-old added, “I definitely think there was some release of some joy and some frustration over the past couple of weeks for sure.”

Donaldson Steals The Show With A Grand Slam In Bottom 10:

Josh stated that hitting a walk-off home run was one of the best feelings in the world. The game entered the tenth innings with a 4-4 tie. Tampa’s Francisco Mejia scored a go-ahead three-run double in the top 10 to score Roman Quinn, Issac Padres, and Taylor Walls. The Rays were looking comfortable with a three-run lead during the extra innings.

In reply, Judge kicked off the inning on second base. Then, Gleyber Torres’ single helped Judge move to the third. Further, after Anthony Rizzo’s walk, Donaldson came in and sealed the victory by loading off a homer against Jalen Beeks. Hopefully, the Yankees will take positives from the win as they start another series against the Blue Jays. The Bombers would have to make sure they keep their league in the Al East table to have the home advantage during the playoffs.