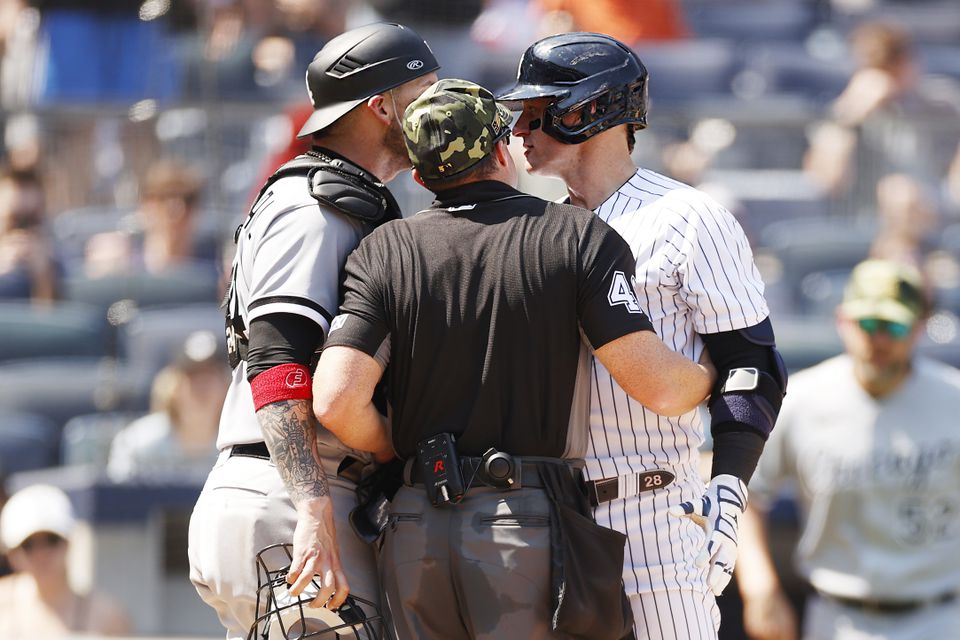 On Saturday, drama ensued on the field as Chicago White Sox’s Tim Anderson accused the Yankees’ third baseman Josh Donaldson of making a racist comment against him. During the third innings, the Yankees slugger remarked Donaldson as “Jackie,” referring to MLB Hall of Famer Jackie Robinson. Jackie was a six-time All-Star who broke MLB’s color stereotype in 1947. Josh gave a statement, clarifying that he did not mean for the comment to be racist, and apologized for it. Further, the MLB launched an investigation into the incident involving both the teams.

Tim Anderson, Chicago’s skipper Tony la Russa, and several other players quickly called out Donaldson’s racist comments. The New York slugger deemed it as an inside joke which meant no harm to Anderson as manager Aaron Boone assured to look into the matter. The MLB has handed Donaldson one match suspension for making racist comments. However, the 36-year-old is planning to make an appeal against the suspension.

The White Sox pitcher Liam Hendricks shared that his team thought Donaldson’s explanation was bullshit. The 33-year-old said that players make inside jokes with people they get along with and not with people they have problems with. Moreover, Joe Kelly was not pleased with the MLB handing over a penalty of just one game. Kelly stated that he received an eight-game ban for making a silly face at Carlos Correra in the past.

MLB Issues An Official Statement About The Donaldson- Anderson Incident

MLB stated that the governing body spoke to the individuals involved in the matter. Moreover, MLB revealed that there was no dispute over what was said on the field. And regardless of Josh Donaldson’s intentions, he made a disrespectful comment against Anderson, which was a poor judgment. Moreover, the MLB management acknowledged that the duo had heated interactions in the past. And it was not wise of Josh to make an offensive comment. The MLB also pointed out that Donaldson’s comment led to a bench-clearing fight between the two teams. Hence, the issue warranted a disciplinary action against Josh, who will be suspended for one match.

Meanwhile, in the wake of the ban, the New York Yankees announced that Donaldson was put on the COVID-19-related injury list. Miguel Andujar will return from Triple-A Scranton as a substitute for Josh. While Donaldson has not been tested positive, the Yankees manager Aaron Boone told that players including Donaldson, Joey Gallo, and Kyle Higashioka were feeling sick and would not be available for the next game.

Share. Facebook Twitter Pinterest LinkedIn Tumblr Email
Previous ArticleTennis Fans Go Crazy Over Rafael Nadal’s Introduction At The French Open As The Spaniard Moves Into The Second Round In Paris!
Next Article What Is DRS Rule In F1? Did DRS Malfunction Almost Cost Verstappen A Win At The Spanish Grand Prix 2022?