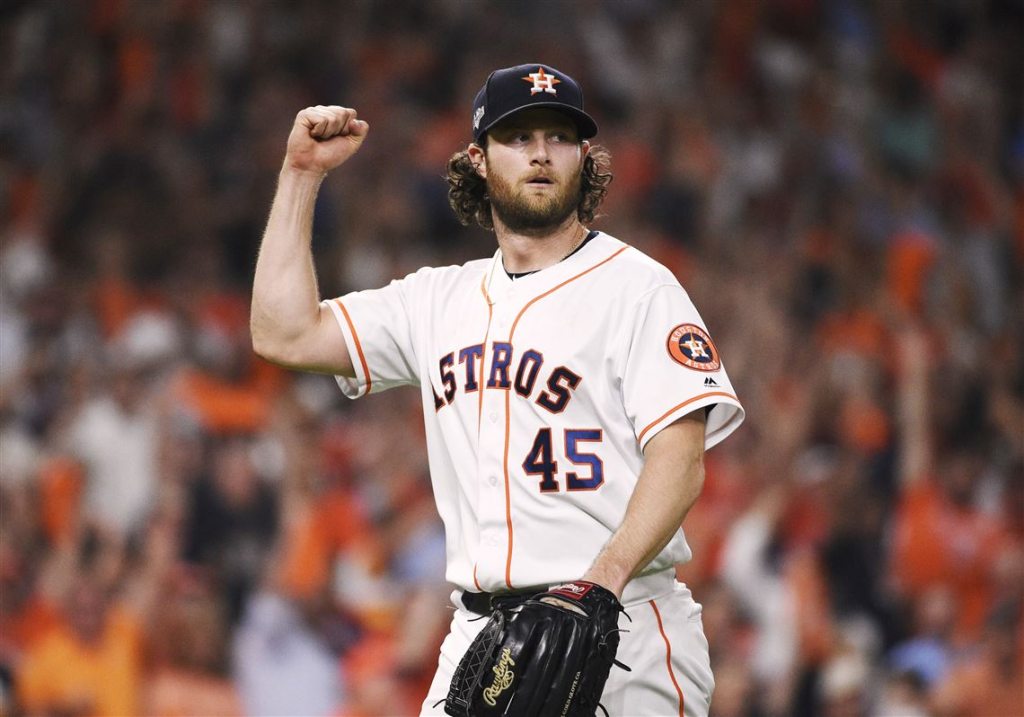 The Yankees vs. Blue Jays game on Wednesnight might have been owned by Aaron Judge’s historic moment. He hit the record 61 Home Run of the season to equalize Roger Maris’ record of the most home runs. However, another Yankees star Gerrit Cole had his own moment of shining in the game. Cole created a record of his own in the game, which might mostly be remembered for the Aaron Judge.

On Wednesday night, during the AL game between Yankees and Blue Jays at Roger Centres, Gerrit Cole had a burst at epitome in the fifth innings of the Wednesday night game. He retired the first 15 batters who faced him. The 16th batter then tagged Cole for yet another home run. Meanwhile, soon the Yankees star picked himself up and dismissed the 16th batter as well. Despite losing a three-run lead, Cole prevented any additional harm.

In his sixth inning of the regular season, Gerrit Cole struck out four while allowing three runs on three hits and one walk. This was a historic achievement for him, who now shares Ron Guidry’s record of 248 strikeouts for the Yankees in a single season. In the regular season’s last game against the Rangers next week. Cole will have the opportunity to surpass Guidry’s record, which was established in 1978.

With his 326 strikeouts for the Astros in 2019, the Yankees’ ace has now broken the record for most in a single season for two different teams. Cole has now joined pitchers like Pedro Martinez, Randy Johnson, and Rube Waddell in the major leagues to accomplish this milestone.

At Rogers Centre, Aaron Judge’s 61st home run helped the Yankees upset the Blue Jays 8-3. After Gerrit Cole blew a three-run lead in the bottom of the sixth innings. The Yankees needed Judge’s two home runs in the top of the seventh to pull ahead of the Blue Jays again. In the end, the Bombers triumphed 8-3 at the Rogers Centre. Now there is just one more chance till the postseason.

The Yankees earned a first-round bye by claiming at least the No. 2 seed in the American League on Tuesday. Because of this, they will get five days off before hosting the ALDS. The team hasn’t gone too far in making judgments about the roster, according to manager Aaron Boone. The Yankees have already started making plans for what they’ll do with that time. The Yankees had a chance to reach 100 victories in each of Boone’s first two seasons. And they may do it this year as well.