Yankees’ Andrew Benintendi Out For The Season Amid Broken Wrist! Will Undergo Surgery 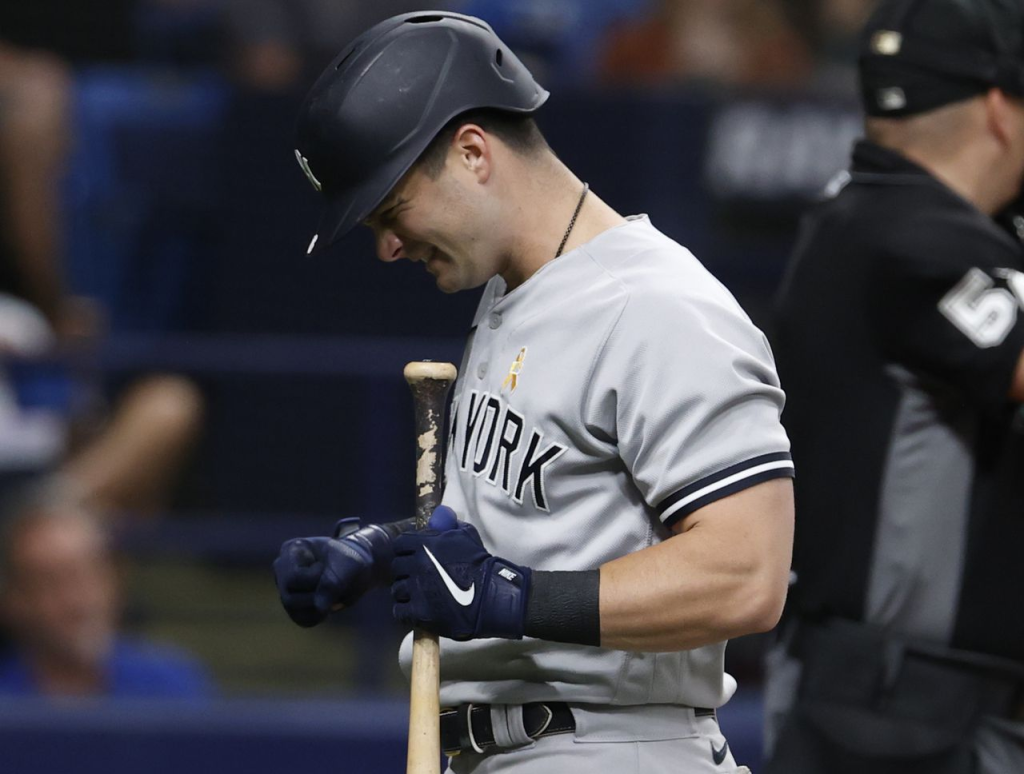 It looks like troubles are unending for the New York Yankees in the ongoing season of MLB. Last week their star player Andrew Benintendi was hurt on his wrist on Friday against Tampa Bay Rays. However, the injury might be more serious than it previously seemed. As per the reports, Andrew is required to undergo surgery, forcing him to miss the entire season for the Yankees.

Andrew Benintendi Might Miss The Entire Season Due To Broken Wrist!

On Friday, the Yankees outfielder Andrew Benintendi got hurt on the wrist while attempting a shot against the Rays. Benintendi grunted and waved his right palm in the air. It was clear that he got hurt. He then entered New York’s bench and left the game quickly, leaving a trail of unanswered questions behind him. Concerned fans quickly took a sigh of relief when the initial X-ray results were negative.

However, further examination revealed more concerning news for the rest of his season. Injuring his right wrist, Andrew Benintendi broke the hook of the hamate bone. Now that requires surgery, and that will possibly keep him out for the rest of the season. Following Sunday’s 2-1 Yankees victory over the Rays, the outfielder, who will reportedly meet doctors in New York on Monday, appeared resigned to his fate.

The Yankees player revealed, “I’m meeting with some doctors on Monday in New York. And we’ll go from there.” Andrew Benintendi added, “We’ll just take it daily at this point, I guess. I’ll need surgery at some point and get that done as soon as possible.” Apparently, Andrew is not unfamiliar with hamate bone damage. During his first year at the University of Arkansas, he shattered the hamate bone in his right hand, which was later amputated. To his astonishment, it seems that a portion of the bone has either remained or has grown back, leading to the current problem.

Following sunday’s 2-1 victory over the Rays, Yankees manager Aaron Boone broke that news to the media in a melancholy manner. The captain admitted that he hadn’t yet spoken to the trainers and could not provide an official return date for Andrew Benintendi. Boone hoped that Benintendi’s treatment wouldn’t necessarily be a season-ending one. He said he is not making any assumptions about Andrew’s recovery.

Since the Yankees acquired Benintendi, he has been performing amazingly for the team. He has a .254 batting average, a .404 slugging percentage, a .331 on-base percentage, two home runs, 12 RBI, and 29 hits have all been compiled by Andrew Benintendi since moving to New York.