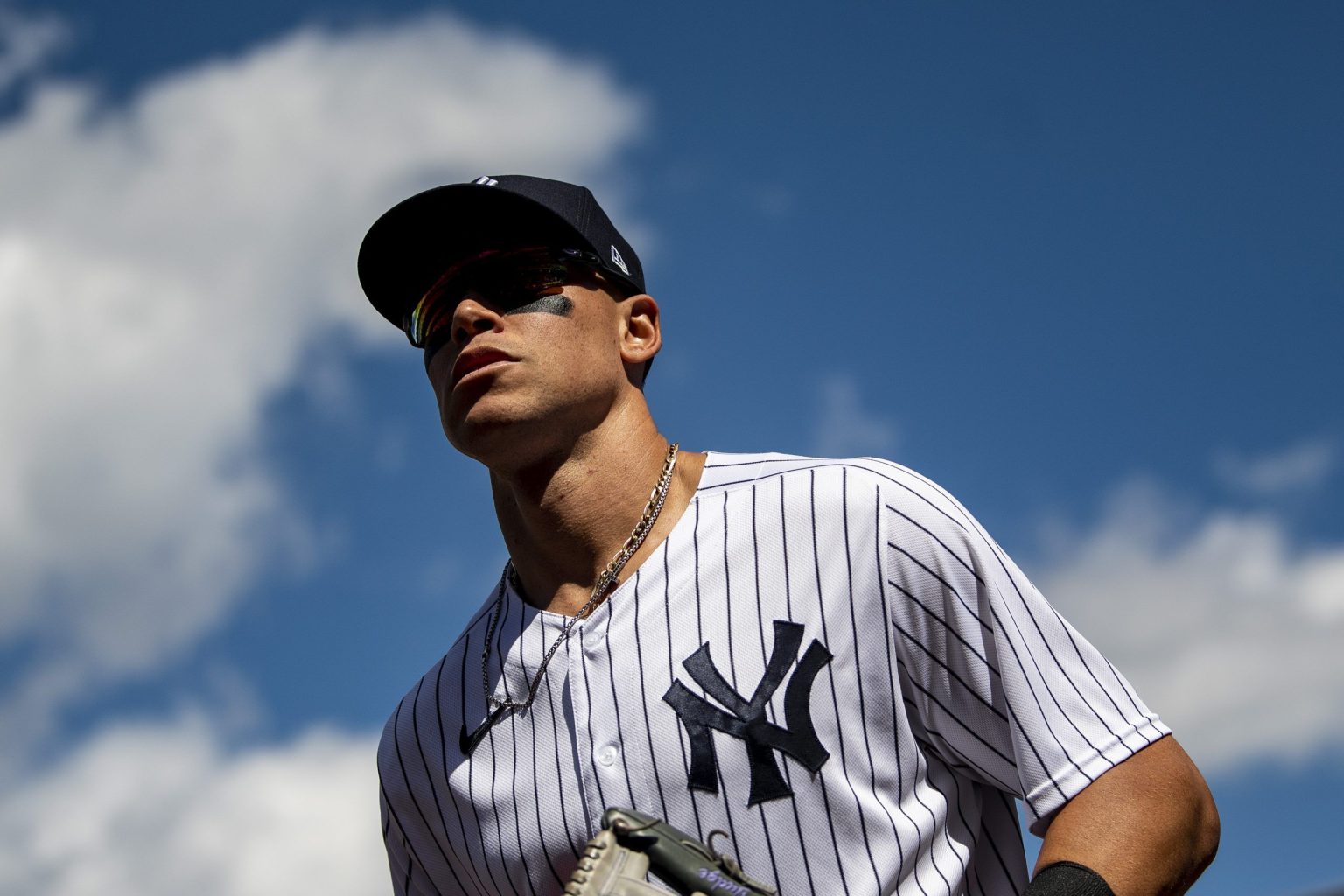 Over the past few months, New York Yankees baseman Aaron Judge has been having the time of his life. First, he made the AL record for hitting the most home runs in a single season. Then, he was bestowed with the Hank Aaron award and named MVP for the American League. Now Judge is enjoying the view from the agency after having a phenomenal season, and he is anticipated to get a deal of over 300 million USD. Meanwhile, People’s Magazine has featured Aaron Judge in the list of the Sexiest Man Alive.

No matter the context, you are in good company if any list that features Chris Evan, George Clooney, and Dwayne Johnson has your name on it. That is the case with the New York Yankees’ prolific slugger. The recent edition of People Magazine named Aaron Judge as the fourth Sexiest Man Alive for the year 2022.

The news broke out after the magazine did a sneak peek at the list. Judge is just behind George Clooney, Kendrick Lamar, and Chris Evans. Meanwhile, Judge in fourth place is ahead of Dwayne Johnson. It is certainly a positive push for Aaron’s morale ahead of his upcoming deal as a free agent. It would not be wrong to say that People’s Magazine might have added a few more million to his prospected contract. Because any team who will sign Judge will not just sign him for his performance. But his celebrity status will also be a factor in determining the number.

Meanwhile, the news of Aaron Judge making it into the list of ‘Sexiest’ men alive’ has made MLB fans on Twitter go crazy. Some fans congratulated Judge on making it onto the list. But others believe that number four is far too low or that he should have been placed higher. At the same time, Judge’s teammate from the Bombers, Nestor Cortes, also deserved a spot on the list.

It is noteworthy that Aaron Judge is not the first New York Yankees star who is getting fame in the glamor world. Back in his day, the shortstop Derek Jetter also made it to the covers of several glamorous magazines. Meanwhile, With Jetter long gone, the Yankees have all the more reason to pursue Judge in the free agency, to add more fan following by capitalizing on Jduge’s star power.

On the other hand, the SF Giants and the Dodgers have been mentioned as prospective bidders for Aaron Judge. San Francisco is distinctive since he was a Giants fan growing up. Regardless of his final destination, Judge is beneficial to baseball. Judge is unquestionably becoming the sport’s spokesperson, and MLB has been working to strengthen its marketing.