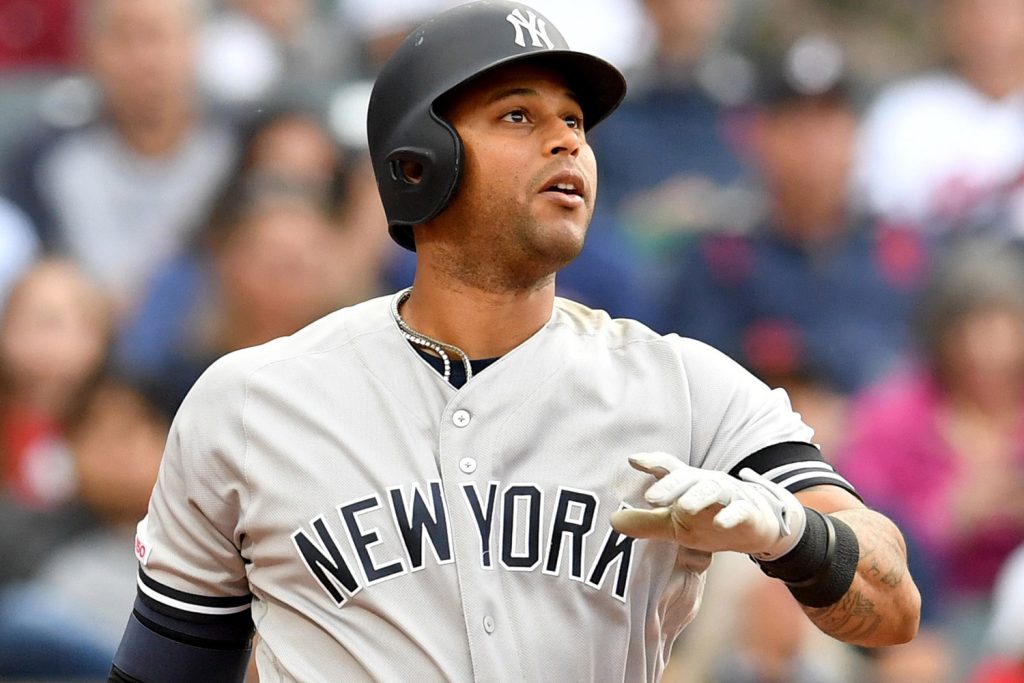 Recently, Aaron Hicks found himself in some trouble after fouling a ball off his right shin during Tuesday night’s encounter against the Reds. The outfielder was taken to the hospital for X-rays and CT scans. Luckily, Hicks avoided the worst-case scenario as he had no fractures and nothing was broken. However, he was seen walking through the Bombers clubhouse with a limp. And because of that reason, Aaron was unavailable for the game against the Reds on Wednesday.

The 32-year-old gave an update about his shin injury. The Yankees outfielder hoped to return during the series against the Red Sox this weekend. After the Yankees’ 7-6 tenth-inning victory against the Reds, Aaron Hicks shared that he was hoping nothing was broken or fractured in his shin. He revealed that he had some trouble walking on Tuesday but felt much better on Wednesday. “I got more flexion in my ankle. I’m able to actually move it up and down. So, it’s better,” he added.

Hicks had no baseball activities scheduled for Wednesday. He received treatment to improve the mobility of his foot. However, the injury came at a time when Hicks was really starting to get into his peak slugging form. The outfielder averaged .385 with three doubles, a triple, and three homers in the last eight games. In addition, he had an OPS of 1.423, with his seven-extra base hits being more than he had in his first 69 games of the season. Hicks stated that the injury was quite frustrating as he was feeling good at the plate. Aaron concluded, “An injury like this, it’ll kind of stop you from doing what you love and slows everything down.”

The Bombers pitcher had a painful day on the field against the Reds on Wednesday. Luis Severino‘s velocity was down in the first innings, and he was taken for consecutive home runs. However, Luis had to retire just before the third inning due to a shoulder problem. The team physician examined him on Wednesday. He would undergo an MRI exam on Thursday to find the problem with his shoulder.

The two-time All-Star told that his shoulder got worse during the warmup after the second inning. Hence, he decided to stop at that moment instead of risking his shoulder for a bigger problem. The 28-year-old hoped that the issue was not something big and that his recovery would not take much time. Luis shared that he felt much better after the match and was not very concerned about the injury.