Wimbledon 2022: Djokovic Sets A New Record With His Opening Round Win At SW19! First Player To Win 80 Matches In SW19 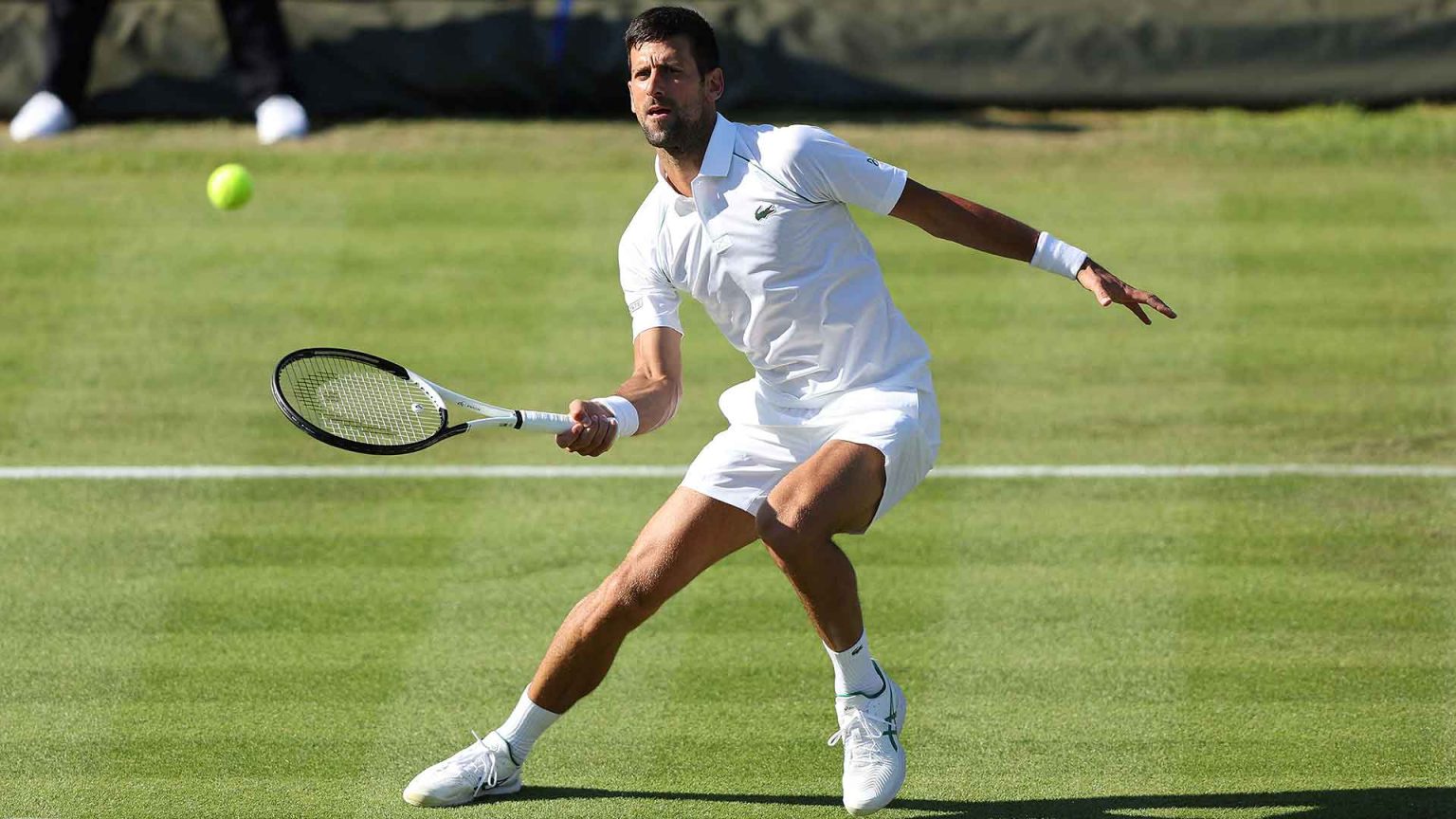 On Monday, Novak Djokovic played his first game at Wimbledon after his quarterfinal defeat against Rafael Nadal at the French Open last month. The Serb entered the SW19 as a top seed and managed to win his first match grass-court win this season against Kwon Soo-woo. Nole beat the South Korean tennis player by 6-3, 3-6, 6-3, 6-4 to clinch his 80th major victory at the All-England Lawn Tennis Club.

With his first-round win, Djokovic became the first player to win 80 matches at all Grand Slam tournaments. The world no. 3 has won at Wimbledon on the last three occasions. Now, he is aiming to clinch his fourth straight and seventh overall titles at the SW19. However, the victory did not come easy to the Serb, who appeared to be unbeatable once again on grass.

The opening game was played under a closed roof due to irregular rain showers. The Serb started well with a 6-3 in the first round. But he fell down a break during the opening two sets, thanks to Kwon’s booming forehands. However, as the battle continued in the third set, Nole appeared to be in his usual prime form at the grass court in London.

Moreover, if Novak manages to win his fourth straight Wimbledon title, he would join the elite least of players. This includes Bjorn Borg, Pete Sampras, and Roger Federer. His seventh overall win at Wimbledon would tie him with Pete Sampras and William Renshaw for the second most titles in Wimbledon. Only Roger Federer has more titles, with eight successful campaigns at the grass-court major.

Will Djokovic Win At Wimbledon This Year?

Another major title will take Djokovic to 21 Grand Slams. Right now, Nadal is having the highest Grand Slam (22) currently after his win at the Australian Open and French Open in 2022. Nole has the highest (9) major titles in Australia. However, the Serb was not allowed to participate this year. He was also deported from Melbourne due to his vaccination status.

Therefore, Djokovic would aim to win his first major title this year and defend his title at Wimbledon. After his first tournament win, Nole said, “Now we have got the 80 wins; let’s get to 100.”

Now, Djokovic will face Thanasi Kokkinakis in the second round. The Australian tennis star remarked that “Novak was a kind of a brick wall” that he would have to conquer to get ahead in the tournament. However, it is highly unlikely that Djokovic will just hand over the victory easily to the world no. 69 as the Serb is dedicated to winning his first major of the year. Meanwhile, he would not be allowed to appear for the US Open later this year.