Why Marshals Risked Carlos Sainz’s Life During F1-75’s Fire At The Austrian GP? 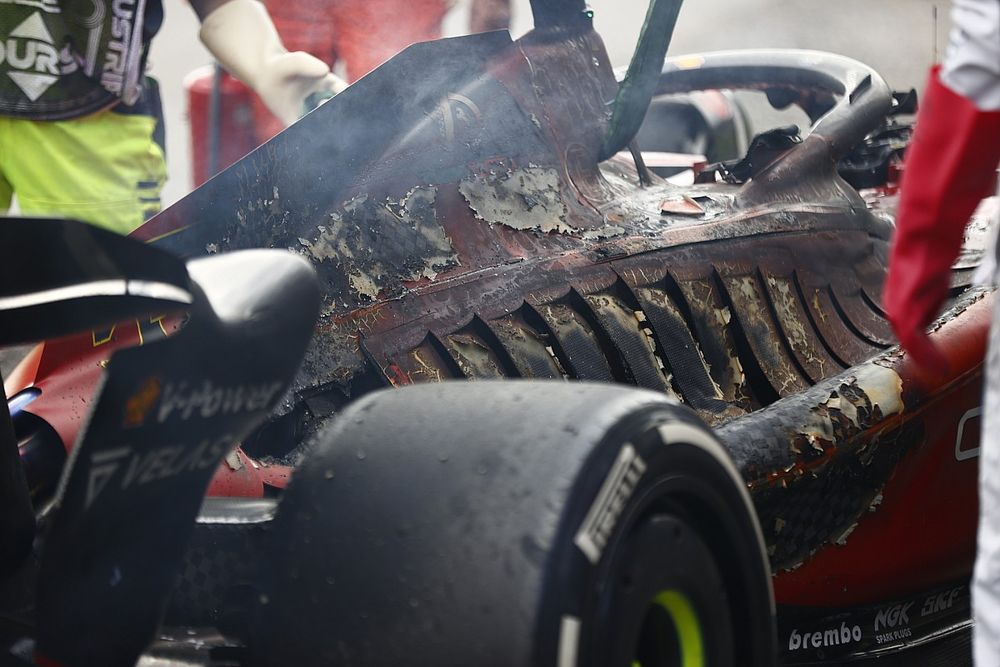 Ferrari’s Carlos Sainz had a dramatic end to his Austrian GP after smoke began to come out of his F1-75’s power unit. The Spanish driver quickly parked his car in the turn-off area at the Red Bull Ring’s turn four. As Sainz tried to release himself from the cockpit, the power unit caught fire and quickly spread towards the driver. At the same time, the car began to roll down the hill with only a single marshal present on the spot, who tried to stop the car by putting a stopping block. Soon after, the marshal was seen running back for a fire extinguisher, whose footage became quite a topic of discussion. Carlos Sainz also criticized the reaction of the race marshals to the car fire.

However, the circuit’s safety team has released a statement recently defending the response of the marshals. The safety team mentioned that the FIA introduced some strict safety measures after French driver Jules Bianchi’s crash with a recovery vehicle in 2014. The 25-year-old suffered a fatal injury which ultimately took his life after being in a coma for about nine months. Thus, due to the FIA protocol, the Austrian marshals had to wait for instructions from race control to intervene.

The statement revealed that while the protocol increases the drivers’ and marshals’ safety, it also delays the intervention. The Austrian circuit team also stated that Carlos Sainz’s Ferrari was not visible from the marshals’ stand. They eventually received radio instructions to get to the car with fire extinguishers. However, when they showed up at the scene, the marshals decided to call in a fire engine.

Moreover, the correct decision had to be made in a matter of seconds. Citing Romain Grosjean’s accident, the safety team claimed that the extinguishers were not enough to contain the fire. “Therefore, the fire extinguisher was turned off and the car was left, which led to the unfortunate image on TV of the marshal running away,” the statement further read.

Sainz’s car quickly caught fire in seconds. The Spaniard was seen rushing out of his car while the flames headed towards the cockpit. As a result, the stopping block was not under the car, and it tolled back down the hill towards the track. The statement also revealed that Carlos Sainz became nervous in the vehicle and went off the break too early. Hence, a wedge had to be pushed under the rolling F1-75, causing the car to steer in and stop at the guard rail.