Why Is Mercedes And Petronas Partnership GOOD NEWS For The Team Ahead Of New FIA Regulations? 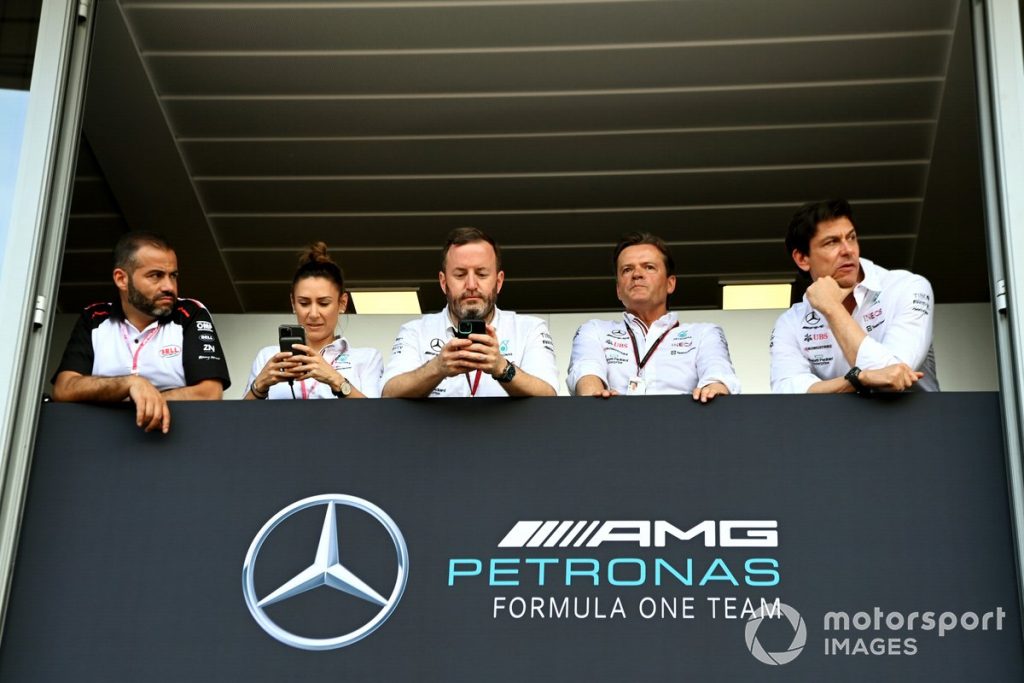 It has been over a decade since the partnership between Formula One giant Mercedes and the Malaysian oil and energy company Petronas. The two companies have been partnering in Formula One since 2010. And now, the reports confirm that the alliance between the two will continue for several more years. Mercedes has reportedly renewed the title sponsorship prior to F1’s new era from 2026.

The Silver Arrows And Petronas Extend Their Contract!

Petronas has been on Mercedes’ side as the title sponsor for the entire turbo hybrid era. The partnership that started in 2010 has been going strong more than a decade later. During this time, the partnership has assisted Mercedes in winning a total of 15 drivers’ and constructors’ world championships. The partnership’s effectiveness makes it probable that its present agreement will be extended sometime. It was in effect through the end of 2025.

Mercedes continues to make preparations for the new F1 engine restrictions that will take effect in 2026 when the competition switches to completely sustainable fuels. In order to start working on the new guidelines seriously, it has made sure that cooperation is in place.

Toto Wolff, the team’s manager, announced on Wednesday while visiting Petronas’ headquarters in Kuala Lumpur. Mercedes claims the new agreement is long-term. In his announcement, Wolff said, “Today we are doing something a little bit unusual announcing a partnership that will begin in four years’ time.” The Mercedes chief also highlighted that Mercedes and Petronas would continue being one team for several more years to come.

Why Mercedes And Petronas Partnership Is A Good News?

In 2026, a new era of F1 power units will begin. In addition to using entirely renewable fuels starting in 2026, Formula 1’s power units will also utilize three times as much electricity and be far more eco-friendly. As a result, the oil company will provide the environmentally friendly fuel required for the next generation of F1 power plants. On the other hand, Petronas is putting effort into producing Sustainable Aviation Fuel starting in 2027.

The announcement ensures that the team will compete on the grid through at least 2029. Meanwhile, an extended Mercedes and Petronas partnership is also positive news for the championship. It signals the public commitment of another oil company to the sustainability goals that F1 wants its fuels to meet by 2026 and beyond.

The alliance elongation establishes a joint effort that Mercedes and Petronas are making toward a carbon-neutral future for the team. At the same time, the move will also light the way for other F1 teams to shift thier focus toward environmental sustainability. And we might see more similar steps from the other teams in the time to come.

Also Read Christian Horner Is Amazed By Mercedes’ Struggle This Year! Will The Silver Arrows Achieve Their First Win?