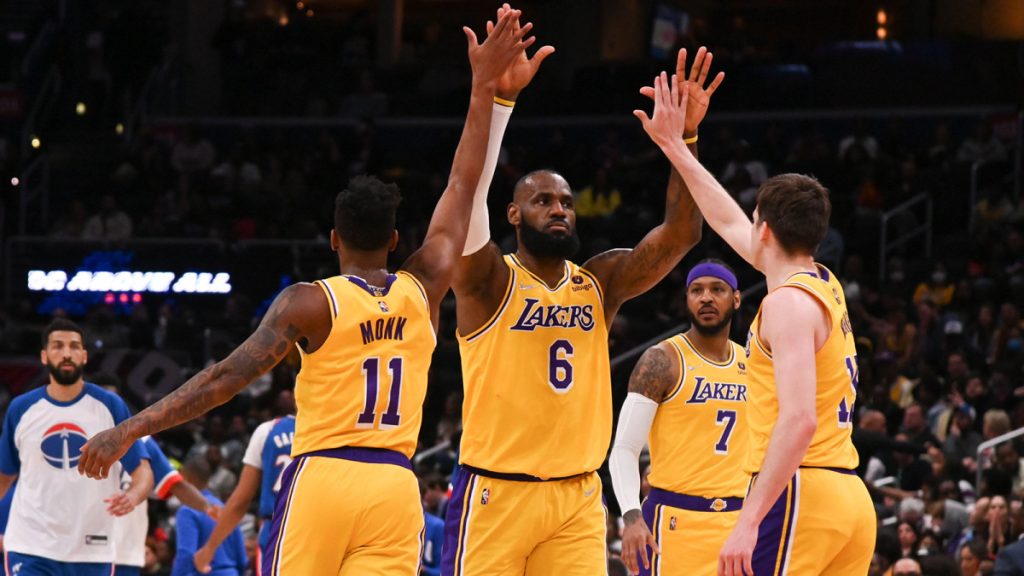 The Los Angeles Lakers would soon get a fair idea of what their team would look like in the coming years. The Lakers superstar has just one year left on his contract with LA. LeBron James will enter free agency after the next season if he does not sign an extension with the Lakers. However, the four-time NBA champ has refrained from giving out any details about his plans with or without the franchise.

There is no doubt that LA has been very good to LeBron. His family also loves living in California since his move to the Lakers in 2018. He helped the franchise win the covid-affected 2020 season in the Disneyworld bubble. However, the last two seasons have not been as great for the franchise as they failed to reach the postseason last season and were eliminated in the first round during 2020-21.

Moreover, the Russell Westbrook move did not work out, and the Lakers have found themselves limited by their salary cap this offseason. Thus, with no real changes in the roster, it is believed that LA might have to suffer from a similar fate next season. Amid all the drama, LeBron James will become eligible for an extension offer next Thursday. The Lakers are likely to offer a $97.1m, 2-year deal to the 18-time All-Star. However, it is still unknown if the four-time finals MVP sees his NBA future with or without the Lakers. Moreover, several teams have been associated with a possible LeBron James trade if LeBron decided to leave LA. Some of the contenders are the Cleveland Cavaliers and the Golden State Warriors.

LeBron James made his NBA debut with the Cleveland Cavaliers in 2003. He played for his home team until 2010 before moving to Miami. However, James returned to the Cavs for help. The 37-year-old led the franchise to their first-ever NBA championship in 2016, along with a number of final appearances. He finally joined the lakers in 2018 and has been there ever since. Last season, LeBron said he would love to end his career with the Cavs, leading to speculations about a possible move this summer.

However, the Cavs have denied any interest in one of the most expensive players in the league. Cleveland is in the rebuilding phase currently as they work on putting together a young team in hopes of doing better in the future. Thus, bidding for LeBron James will significantly affect their salary cap. So, the Cavs would not risk breaking their slowly growing roster to get LeBron, who is heading towards the twilight of his NBA career.

The Warriors won the championship with Steph Curry and Klay Thompson last season. The Warriors are reportedly interested in trading for LeBron James. They hope to team him up with four-time NBA champ Steph Curry. Golden State is reportedly ready to give up on its three young prospects. They are also willing to offer two first-round picks from the 2026 and 2028 drafts. The franchise is quite eager to get LeBron James and create a superhero team as they did with Kevin Durant in 2016.

Thus, if LeBron decides to leave the lakers, he would have some really good opportunities in front of him. He aims to win some more rings before he hangs his boots and bids goodbye to the NBA.

Share. Facebook Twitter Pinterest LinkedIn Tumblr Email
Previous ArticleRoman Reigns Wife: Who Is The Wrestler Married To? Early Life And Career!
Next Article Chelsea Is Back In Contention For A Possible Cristiano Ronaldo Trade! The Portuguese Star Becomes The Most Abused Footballer On Twitter!