Who Is Nick Kyrgios’ Girlfriend In 2022? Dating History And Personal Life 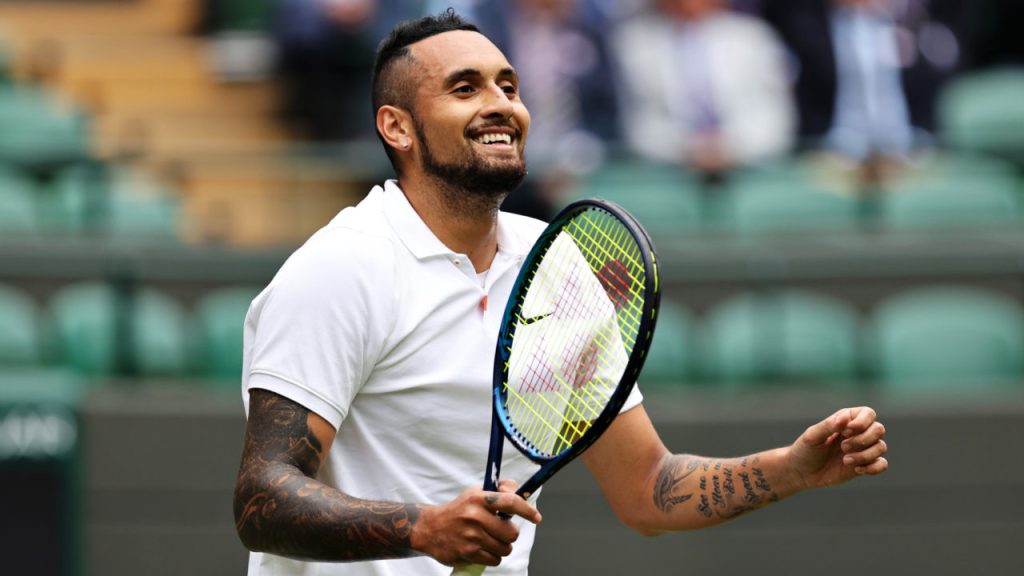 Nicholas Hilmy Kyrgios, known by his fans as Nick Kyrgios, is a professional Tennis player from Australia. Currently, ranked at world no. 13, Nick has been performing well in Wimbledon 2022. However, his girlfriend cheering for him from the crowd has caught the attention of many fans, who are curious about who she is. So, here are all the details about Nick Kyrgios’ girlfriend.

At the young age of 14, Nick Kyrgios began his Junior career in 2008. In June 2010, at age 15, he captured his first ITF junior circuit victory in Fiji. In 2011, he participated more frequently in the junior circuit and made his junior grand slam debut at the Australian Open. He rose to fame in 2012 after winning two junior grand slam doubles championships. Nick, meanwhile, became a professional in 2012. At the 2012 Australian Open, Kyrgios prevailed in a tiebreak to take the opening set in his first-round qualifying encounter.

Nick Kyrgios defeated Matt Reid, another Australian, to win the 2013 Sydney Tennis International. In the second round of the Madrid Open, Kyrgios tied the number two-ranked player in the world and seventeen-time Grand Slam champion Roger Federer. In September 2013, Australia’s Kyrgios competed in his maiden Davis Cup match against Poland. He was only 18 years old at the time when he defeated Marinko Matosevic to win the match.

Kyrgios is the third competitor to defeat Rafael Nadal, Novak Djokovic, and Roger Federer. He defeated Santiago Giraldo in the Rogers Cup competition to earn his maiden ATP World Tour victory. Also, He won his first ATP victory at the Open 13 in Marseille by sweeping the top-ranked players in the world, No. 8 Tomas Berdych in the semifinal, No. 10 Richard Gasquet in the quarterfinal, and No. 12 Marin Ili in the championship match in straight sets. Well-known brands like Nike and Beats selected Kyrgios and Yonex to promote their goods. Kyrgios was a founding supporter of the Players Voice direct publishing website. He has given money to support this online resource.

Who Is Nick Kyrgios’ Girlfriend?

During Nick’s matches in Wimbledon, blogger Costeen Hatzi was recently seen cheering for him enthusiastically. Since then, many of Nick’s fans have started speculating about whether there is a romance going on between them. The answer is yes. Nick Kyrgios and Costeen Hatzi have been dating each other for a while now.

Blogger Costeen, based in Sydney, established her own company, Casa Amor Interiors, which specializes in modern house design. She has 73k Instagram followers as of July 2022. May 2022 marked the beginning of the couple’s two-month relationship. Additionally, an Instagram post appeared to confirm Kyrgios and Hatzi’s engagement. In a May interview, Kyrgios stated that he would be marrying “very soon.”

Nick was linked to several other women before he started dating Hatzi. Kyrgios’ dating history has been rocky in the past. Before his brief relationship with Russian ace Anna Kalinskaya, which resulted in a contentious breakup.

He also dated fellow Australian tennis star Alja Tomljanovic. The relationship between Nick and Chiara Passari, which began in July 2020 and ended in October that year, was tumultuous. When they returned to Australia together, they got into a fierce quarrel while in the hotel quarantine, and police were ordered to separate them into separate rooms as they permanently parted ways.