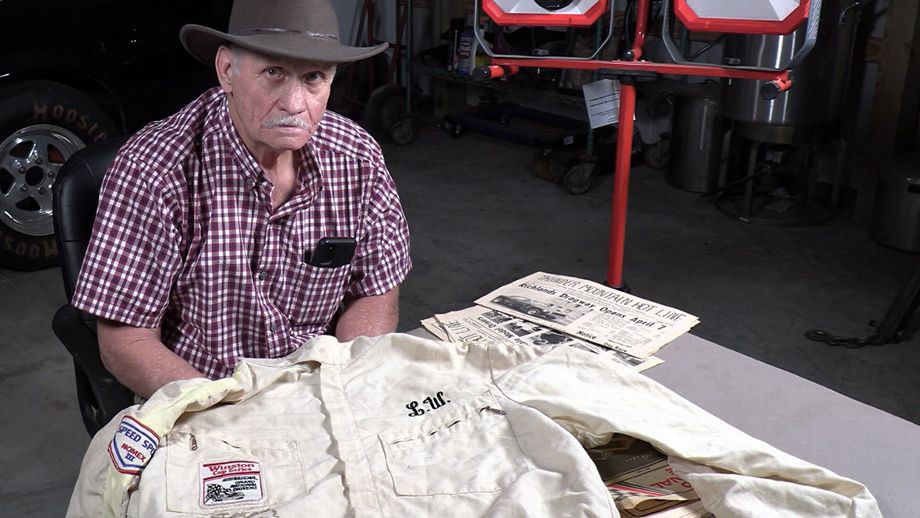 There has been a long list of con men and frauds in the long and colorful history of NASCAR. Many fake artists pretending to be racing drivers have involved themselves in organized stock car races with Ponzi schemes and impractical ambitions, leaving behind a sea of bounced checks and frauds. However, one man stands out from a long list of dubious personalities in NASCAR. L.W. Wright is the most renowned con man to ever come across the history of motorsport.

For forty years, Wright has been one of the most mysterious and shady personalities in the history of NASCAR. He entered the Talladega 500 in 1982 with a team based just outside of Nashville. However, Wright eventually dropped out after the race and disappeared from the town, leaving a trail of bounced checks. Finally, NASCAR’s most notorious conman emerged forty-long years after the incident. Recently, L.W. Wright resurfaced for an interview with NASCAR expert Rick Houston in The Scene Vault Podcast. The vanishing conman tried to share his side of the story and denied all the allegations that he owed $30,000.

How Did L.W. Wright Con NASCAR?

Wright signed up for the Talladega 500 in 1982, claiming to have 43 stars in the Busch Grand National (Xfinity) Series. The then-33-year-old insisted that he had financial backing from country musicians like Waylon Jennings, Merle Haggard, and T. G. Sheppard. He further succeeded in buying the car from Sterling Marlin and his father, along with a NASCAR license. However, the con man’s claims did not add up eventually.

Wright claimed to have won races on short tracks in Virginia. However, he didn’t seem to know the names of any of his fellow competitors. Moreover, Marlin began to doubt Wright when he asked a lot of basic questions that a racing driver must already know. Later, Sheppard shared a statement claiming that he had never heard of L.W. Wright. The con driver was able to qualify 36th for the race. He also repaired his car after crashing during the second lap of qualifying. However, the rookie could not maintain a minimum speed and was pulled out by NASCAR after 13 laps. Soon after, Wright skipped town when he failed to qualify for the race at Nashville Fairgrounds. Moreover, all the checks that he had written had bounced due to insufficient funds. Nobody knew where Wright had been for the last forty years until his recent interview with Houston.

Wright Shared His Side During A Recent Interview

Wright revealed that his real identity is Larry Wright. He verified his identity by showing the racing suit from Talladega, which certainly matches the picture from the race in 1982. L.W. Wright shared that he was not doing well physically and wanted to share his side of the story while he had the chance.

Wright opened up that he bought a car from Coo Coo Marlin, with the condition that Marlin’s crew would pit the car for the first race. The car was painted black with no. 34 engraved on it. Wright alleged that he chose the number 34 in the memory of longtime independent driver Wendell Scott and also because he was 34-years-old at that time. Wright further claimed he used to drive a bus for music artists and was offered financial support for the race in Talladega by Merle Haggard and other musicians. The 73-year-old recalled that he had never visited Talladega before the race. Larry was overwhelmed by the size and scale of the racetrack.

Meanwhile, Wright denied allegations about owing money to NASCAR, Marlin, or BW Terrell. Larry pointed out paying for his NASCAR license in cash and agreed to pay Marlin after the race. Wright advocated that he had to face financial issues after his sponsors backed out. The legendary conman also said that rumors about the amount of money he owed were untrue. There has been a narrative over the last forty years that Wright owed $30,000 to someone. Larry added, “If you could find somebody that said that I owed them $30,000, you tell them, and I’ll face them.”