What Is Safety Car In Formula One? Where Is It Used & Benefits Of It 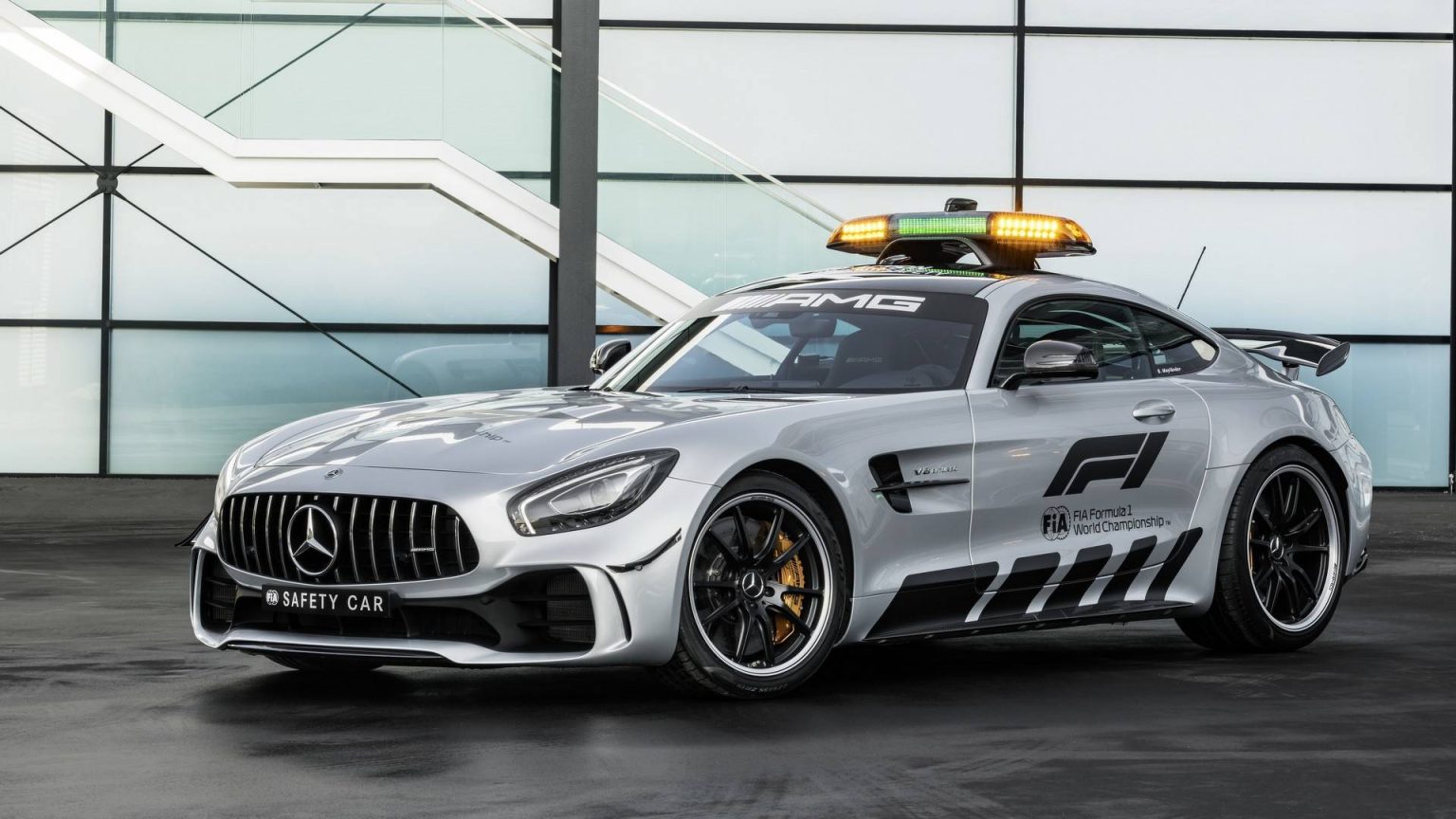 There are many things to learn about Formula One Racing. We have already discussed terms like Porpoising and DRS, but there is another thing called Safety Car that many Formula One fans don’t understand. So, what is Safety Car? Keep Reading to find out-

What Is Safety Car In F1?

The safety car is a term that motorsports, especially Formula One enthusiasts, must have come across several times. In motorsports, a Safety Car is an automobile vehicle that serves the purpose of limiting the speed of racing cars on the track in the case of a warning period such as an obstacle on the track or bad weather. Drivers are instructed to follow the race leader until the danger has passed as part of the Safety Car system, which slows down racecars.

While directing them away from the hazards, the drivers follow the safety vehicle at a slower pace. Competitors are prohibited from passing while the safety car is in place; the race may only restart after the safety car has moved off the circuit and the caution period has been deemed to be finished. The safety vehicle pulls ahead of the pack at a certain safe speed, which may differ by series and circuit. The safety car exits the racetrack at the conclusion of the caution period, and the participants resume their regular racing. The first time this safety precaution was used was in 1911 when a pace vehicle was used for the first Indianapolis 500.

Since 2015, racing car drivers have also adhered to virtual safety cars in Formula 1. When a Safety Car creates race disruptions, drivers pace themselves. In a later portion of this essay, there will be additional information about this. A part of the activities the safety vehicles engage in with their colorful lights both on and off the racetrack comes first, though. A similar process is used when the Race Director directs the safety car to depart the course once more.

What Does A Safety Car Do When It Is Not On Track?

The official safety car’s driver will wait until the race controllers summon them to action using communication equipment. Ahead of the safety car entering the racetrack, lighting boards on the side and above the circuit will flash to alert the drivers.

The race vehicles also include display devices for this purpose. Drivers are instructed to begin slowing down and to keep an eye out for the safety car by safety marshals waving yellow flags and by all of these other warning and communication signals. Sometimes the drivers will additionally use radio technology to speak with the pit crew. As the racing vehicles get closer, the safety car will be illuminated with its orange lights to improve visibility.

What Is A Virtual Safety Car?

When we hear the word Virtual Safety Car, the image of a PlayStation game with a phantom automobile immediately enters our mind. But it doesn’t function the same way. The motorsport makes use of a virtual safety car technology for minimal safety concerns. Both flags and communication techniques are still in use. However, there is nothing on the track in place of the safety car emerging.

Also Read Lewis Hamilton Calls For A Change In Formula One Following Piquet’s Racist Remarks Against The Briton!