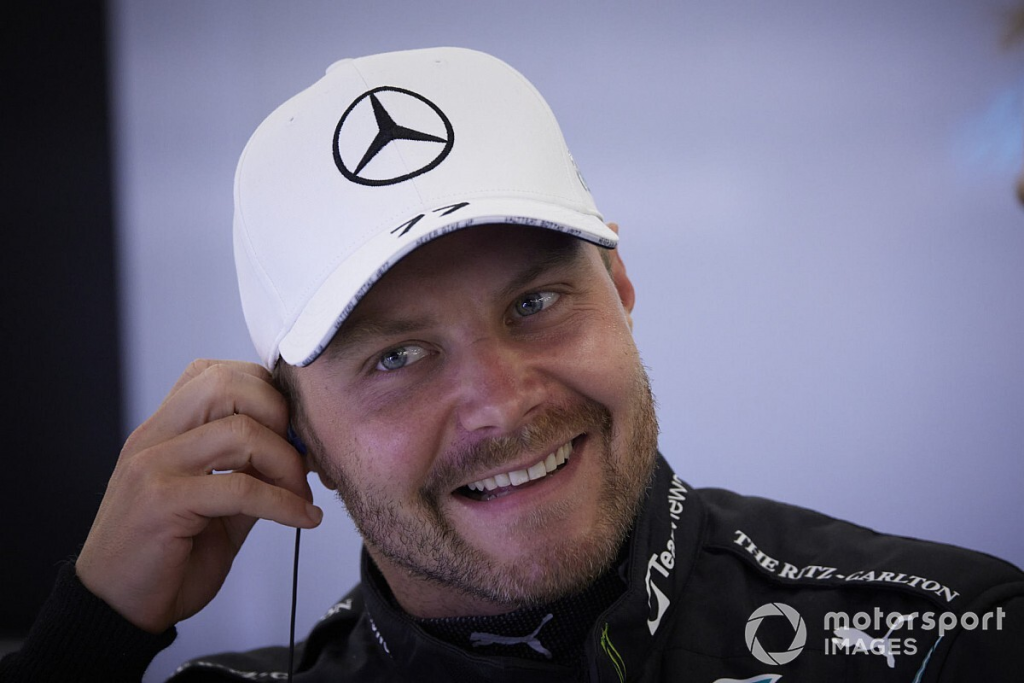 The Finnish driver Valtteri Bottas moved on his new path from The Silver Arrows to join Alfa Romeo. And since then, he has been very vocal about his bad times at his former outfit. Now once again, the driver took a dig at his former teammate Lewis Hamilton. In an apparent dig at Mercedes, Valtteri Bottas said that there is “less pressure” at his new team Alfa Romeo. This statement came in comparison to the Silver Arrows, which he referred to as merely a “business.”

The gang, according to Bottas, was more like a racing team. Working with Lewis Hamilton for five seasons at Mercedes, Bottas struggled to keep up with his coworker. The then Mercedes driver came the closest to overcoming Hamiton in 2017. But he was never successful in mounting a convincing title defense. Following his success at Williams, the 24-year-old was replaced in 2022 by George Russell. Bottas commented in response to a question on what had changed from a driver’s standpoint between the previous season and this one.

Alfa Romeo driver Valtteri Bottas recently spoke to Italian Motorsports.com. During the conversation, Bottas said that the environment at Alfa Romeo is under much less pressure. He feels that it is more of a racing team and less of a company where everyone motivates each other. It was wonderful to get the season off to a quick start with some points in Bahrain.

He believes the weekend provided an extra push. The crew was aware that there would be future competitions where we may place in the top 10. With six top-10 results from the season’s first seven races, Bottas was a standout for Alfa Romeo throughout the early going. Valteri Bottas’ best finish of the year so far was a P5 in the Emilia Romagna Grand Prix despite racing on a sloppy track. Bottas’ talents have started to wane, and the team has found it difficult to replicate his prior excellence.

The Alfa Romeo team’s primary weakness, according to Valtteri Bottas, will be remedied in the upcoming months as they prepare for 2023. With 52 points earned during the 2022 campaign, Alfa Romeo had a respectable campaign. With six races left in the season, they are presently holding down the sixth spot in the Constructors’ Championship.

In terms of pace, the team’s C42 has been a strong performer, but dependability has been a glaring on-track shortcoming. However, Bottas has discovered a more significant flaw in the team itself, which will be fixed over the ensuing months. But the F1 team is moving full speed ahead after Bottas said that having more employees will allow for more upgrades to be made to the vehicle.