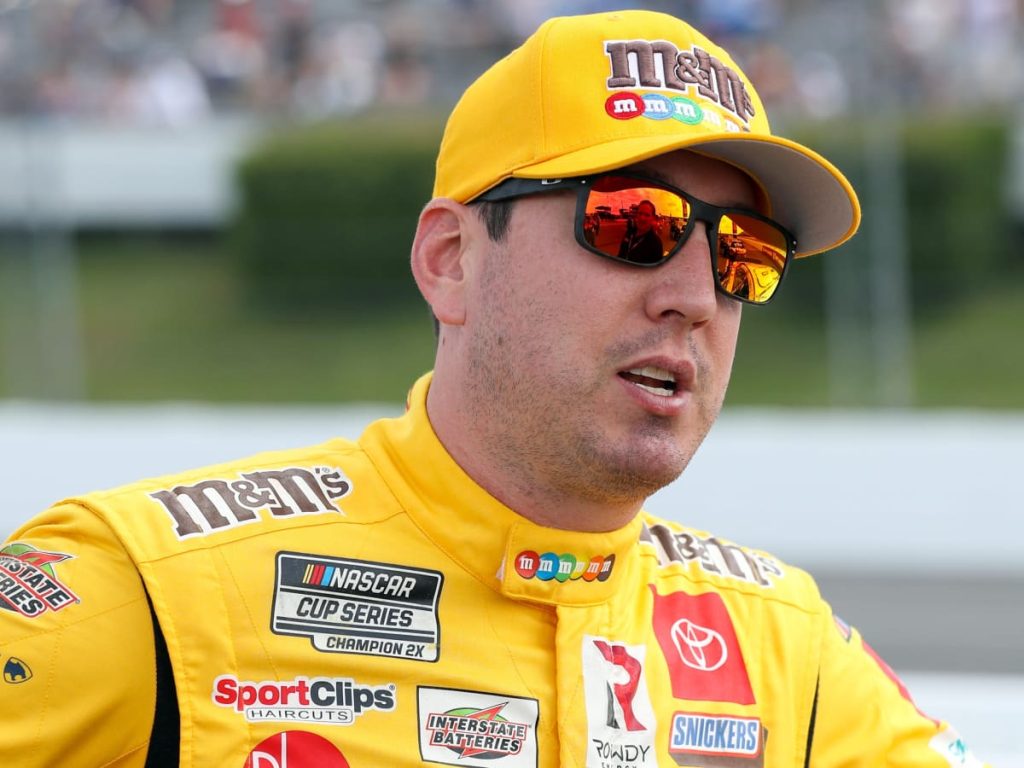 Toyota and Joe Gibbs are working hard to make Kyle Busch stay with the team after his contract ends at the end of the season. Busch has clinched 60 wins in the NASCAR Cup Series, and 56 of them have come in a Toyota No. 18 car. However, the 37-year-old is in the final year of his contract and admitted to discussing a possible move to other teams. Toyota had extended the negotiation to the summer. And their racing development president David Wilson shed light on the complications of the contract talks with Kyle.

Wilson made it clear earlier in May that any scenario other than Kyle Busch retiring from Joe Gibbs Racing and Toyota would be a monstrous disappointment. However, recently, David claimed that the extension negotiations have come to a halt. Toyota is in a bad place currently and has got tremendous heavy lifting in front of them after they made a couple of new signings in the recent weeks. Joe Gibbs Racing brought Martin Truex Jr. back in their No. 19 Toyota in June, while Tyler Reddick signed up with 23XI Racing for the 2024 season. Moreover, Busch’s unresolved contract had been further hindered by Mars/ M&M’s sponsorship exit last season.

Further, Wilson stated that he and Joe Gibbs talk every night to figure out the right move. The Toyota executive said that their approach was still the same. They are not willing to quit on Busch as some deals go through very late. Moreover, Wilson felt terrible for Kyle Busch because of all the distractions created by the contract negotiations. “While I sat that Kyle is one of those athletes that can strap on his helmet and put that aside, he’s still human,” David added.

NAPA and Hendrick Motorsports have worked on a multi-year contract extension, continuing the 26-race majority sponsorship of 2020 Cup Series winner Chase Elliot. The announcement was made during the 2022 NAPA Expo on Wednesday in Las Vegas. The team owner Rick Hendrick and team vice chairman Jeff Gordon joined Marti Walsh to reveal the news during the event.

The NAPA marketing vice-president further said they could have been more excited to extend Chase Elliot and Hendrick Motorsports. Walsh added, “Hendrick and Chase have long been part of the NAPA family. Their passion and energy will be an important part of our journey in the year ahead.”

Share. Facebook Twitter Pinterest LinkedIn Tumblr Email
Previous ArticleYankees Kick Off The Season’s Second Half With A Double Header Against Prime AL Rivals Astros!
Next Article Daniel Ricciardo Net Worth: How Rich Is The McLaren’s F1 Driver? All Details About Personal Life & Career