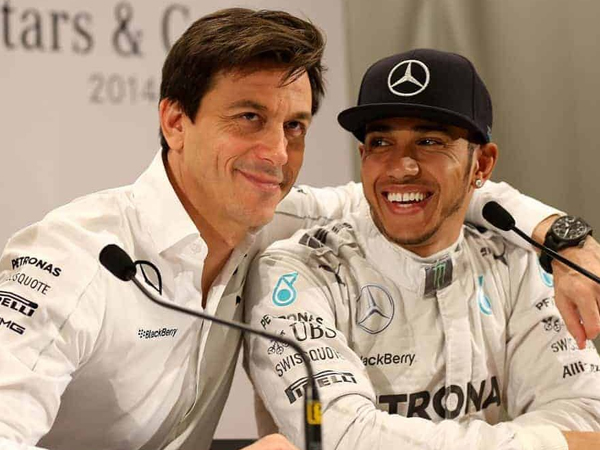 Unfortunately, Mercedes have struggled to win a single race despite being the favorites before the start of the season. George Russell and Lewis Hamilton have had a tough season at Mercedes, as the German outfit has been troubled by the new W13s porpoising. The two drivers have been under a lot of pressure, with so much being expected from the eight-time straight constructors’ champions since 2014. Meanwhile, the team principal Toto Wolff revealed that he could not have asked for a better driving combination given the circumstances the two top-tier drivers have been left to deal with.

George Russell joined Mercedes at the start of the 2022 season after leaving his former team, Williams. The rookie was expected to take some time settling with a new and much bigger outfit. However, the Briton has been promising since the start with consistent top 5 finishes in all nine races. Russell is currently in the fourth palace in the drivers’ rankings and has a 34-point lead over Hamilton.

Moreover, Hamilton has really struggled with the porpoising issue this season. The seven-time world champ has managed to secure two podiums this year in Bahrain and Montreal, finishing P3 on both occasions. However, Toto Wolff has revealed that Hamilton has taken a more important role in the background to bring the team back on top.

The team principal shared that Lewis’ mindset has always been positive this season. He explained how Hamilton and Russell had worked together to make things better. Wolff told that it was astonishing to see the two Britons team up. They keep asking each other questions during the briefings. He added, “I guess it’s going to be different if you can race at the very front.”

Will Hamilton Continue Driving For Mercedes Beyond 2023?

Lewis Hamilton’s contract with Mercedes will expire at the end of 2023. Moreover, after a disappointing run in 2022, there have been speculations about the Briton continuing to race in F1 beyond 2023. While Wolff said that it was not the time to talk about Lewis’ future, the former Austrian driver indicated how happy he is with his two Mercedes drivers.

There has been no doubt about the abilities of Hamilton and Russell. Everyone in the racing fraternity is aware that Mercedes have been restricted due to their car’s performance this year. In fact, the two Britons have maximized all the opportunities that have come their way. Recently, Hamilton and Russell secured back-to-back third and fourth place finishes in Baku and Montreal. The Silver Arrows have had the most top-five finishes this season. In addition, they are just 40 points away from the second-ranked Ferrari in the constructors’ championship.

Talking about Hamilton’s future beyond 2023, Toto said it was too early to be taking 2024 contacts in June 2022. The Mercedes team principal was in a happy place with Lewis and George. He admitted that he could not have wished for a better driving pair. Wolff added, “There is no doubt that we are embarking the season and the next one in a good place.” Thus, it seems like Mercedes, Red Bull, and Ferrari are set to have an unchained driving lineup for the 2023 season.