Stephen Curry Takes A Dig At LeBron James At ESPYs 2022! 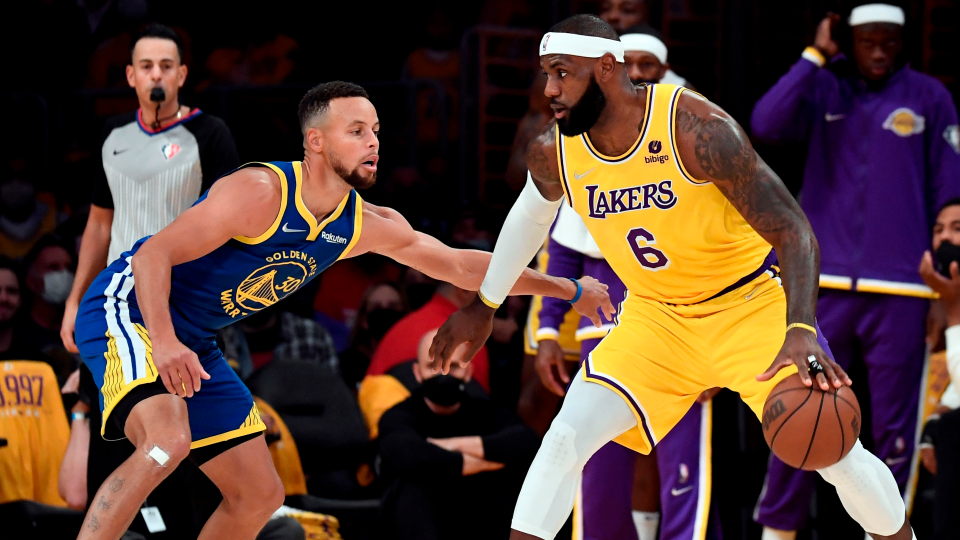 Stephen Curry is having a magnificent time in 2022. He led the Golden State Warriors to their first NBA championship for the first time since 2018. The Warriors’ point guard clinched the Finals MVP award, leading his team on his shoulders to a championship win. Many believed that Golden state and Curry might never win a championship after three NBA titles in 2015, 2017, and 2018. The Warriors played the LeBron James-led Cleveland Warriors and beat them in the finals on all three occasions, except for a championship loss in 2016. Thus, Curry and James have been long-time rivals who, surprisingly, are not there to draw each other’s blood on the court.

Instead, the two legends have a great deal of mutual respect for each other and love the challenge of playing against one another. The two players got familiar with each other as the two met in the playoffs consistently between 2015-2018. While Curry and the Warriors came victorious more often than James, the two players have been the best of buddies over the years. Sadly, the two friendly rivals have not crossed paths in the playoffs since 2018. However, the mutual respect still remains with occasional funny digs at one another.

Stephen made the best use of a recent opportunity to take a shot at LeBron James while hosting the ESPYs 2022 on Wednesday night. Curry mentioned that LeBron James hosted the award show in 2007. However, he pointed out that the then 22-year-old came to host the event after he lost the championship final. At the same time, Steph got an opportunity to host the same event after clinching a championship and a final MVP in the 2021-22 season.

Curry donned a lime-green suit with a drink in hand while hosting the ESPYs on Wednesday. Steph talked about his Golden State teammates, the Boston Celtics, and Tom Brady in his opening speech. Eventually, he moved on to the showstopping joke about LeBron James. The 2-time NBA MVP stated, “LeBron James, he hosted this award show back in 2007 after losing in the NBA finals. So yes, you guessed it, this feels better.”

Steph was happy that he was hosting the same awards with a championship win under his belt. Back in 2007, James became only the second athlete ever to host the ESPYs alongside Jimmy Kimmel. LeBron asked the audience to stop all the hate and buy his shoes while singing Bobby Brown’s ‘My Prerogative.’