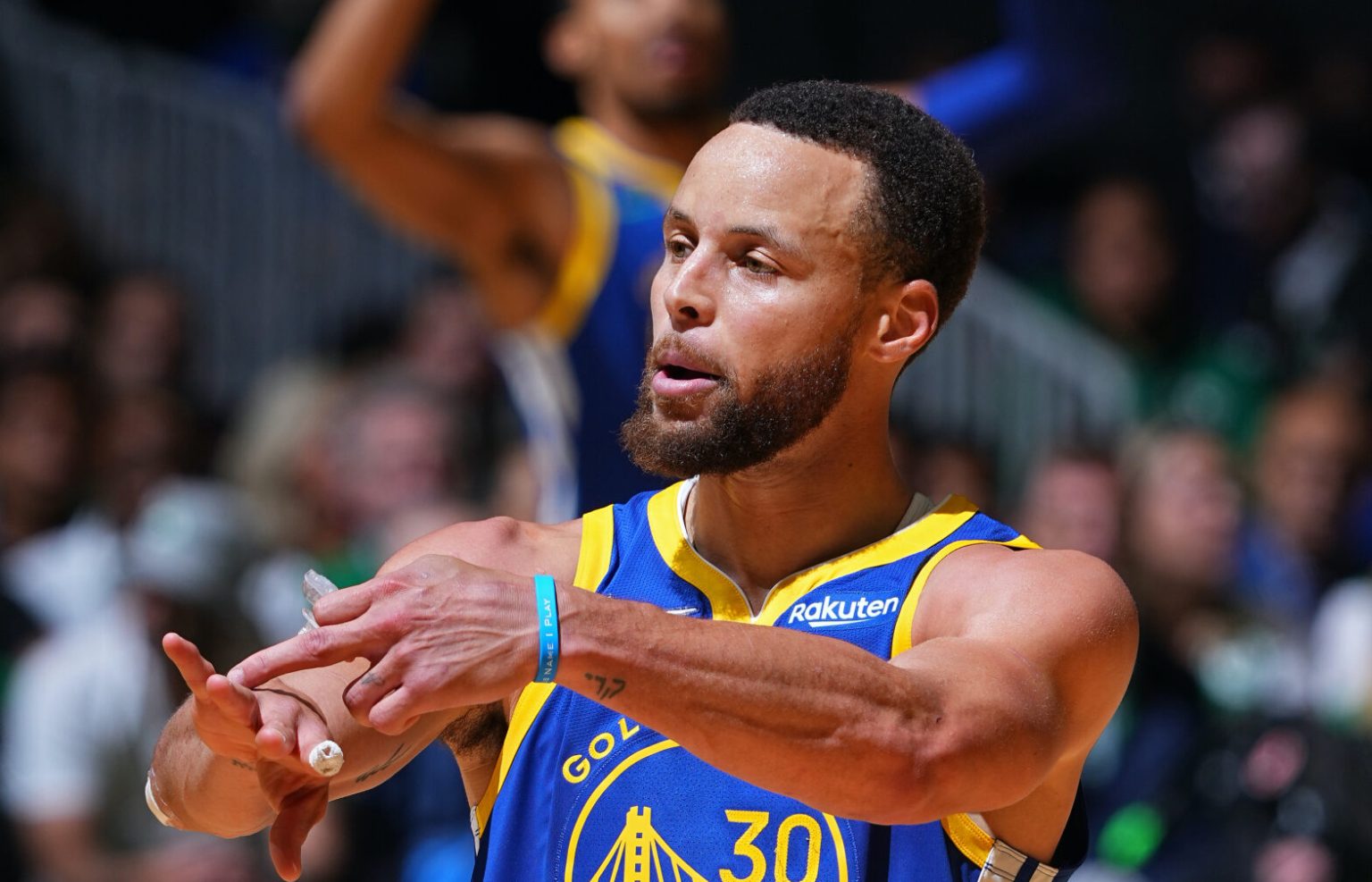 When NBA fans think of dominance, they think of Shaquille O’Neal. The former Miami Heat star has accomplished what very few people managed on the wooden court. Known for his iconic destruction of the backboard, Shaquille is among the top ten scorers of all time. Recently, the former player has showered praises for the Golden State Warriors star Stephen Curry.

Shaquille O’Neal Calls Curry The Best Player In The World!

Steph Curry has been among the greatest shooters in the history of the NBA for a long time. In fact, many regard him in the league of GOATS like MJ, Kobe Bryant, Karl Malone, etc. Meanwhile, Shaquille O’Neal’s opinion on the matter is also not very different. Recently, Shaq was featured in an interview for Dime Magazine. During the interview, O’Neal put point guard alongside legends like Michael Jordan, LeBron James, and the iconic Kobe Bryant. Shaquille said, “He has his own category: Best shooter ever. Not one of the best shooters, not Ray Allen, not Reggie Miller, he is the best shooter ever.” He also added, “In his category, he’s by himself, Greatest player ever, 10 people in that category.”

Shaquille O’Neal made careful to underline that Steph Curry is one of the best players, rather than just focusing on the greatest shooter ever. The four-time champion has frequently been referred to be Shaq’s favorite player, making him one of Steph Curry’s most ardent advocates in the NBA media. When Shaq talks about Curry, a fan element could be involved, but all of his comments are valid. No player has accomplished what Steph Curry, who also holds the record for being the best shooter of all time.

Curry has fewer remarkable stats in the previous season. Nevertheless, they helped him and his team win another NBA title. Before being voted NBA Finals MVP, which increased his average to 27.4 points per game, he had a regular-season scoring average of 25.5 points, 5.2 rebounds, and 6.3 assists. But from 2015 through 2019, Curry was a key contributor as the Warriors won five straight Western Conference championships.

The Warriors won three NBA championships throughout those five Finals trips, including consecutive victories in 2017 and 2018. Curry has made 3,117 3-pointers in his career, for a 42.8 percent success percentage from outside the arc. Throughout his career in the league, he has made 47.3 percent of his field goal attempts. Golden State Warriors star Stephen Curry and his team are still on a winning streak. This upcoming season, they’ll be aiming for a repeat victory.