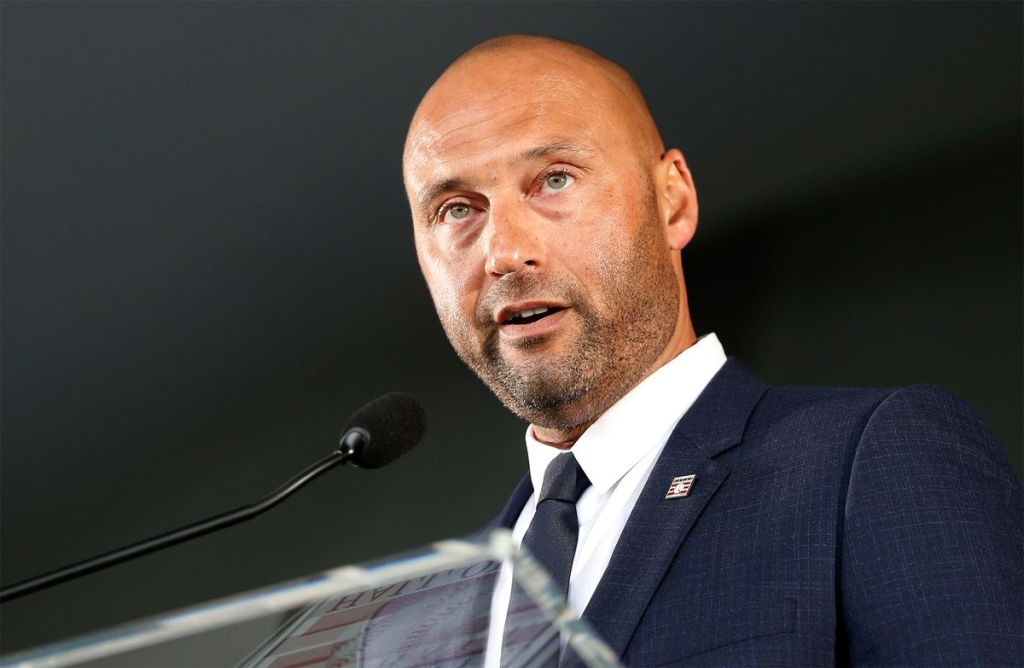 Derek Jetter is one of the most reputed and iconic to play for the New York Yankees. Even though the player retired a few years ago, the fans’ love for him has only grown over the year. Now, as per the reports, the Yankees are planning to give tribute to the hall of Famer. There are rumors going around that Derek Jetter may throw the first pitch in the Yankees stadium on Friday.

Derek Jetter To Throw The First Pitch In The Next Game!

The first pitch for the New York Yankees game against the Tampa Bay Rays on Friday is likely to be delivered by Hall of Fame shortstop Derek Jeter, who also serves as the subject of ESPN’s docuseries “The Captain.” If this happens, it will be more amazing because Jetter used to play for the Tampa Bay Rays.

Jeter is expected to be present on Friday and probably throw out the opening pitch. In May of 2017, Jeter threw out the opening pitch at another Yankees game. The Yankees retired his number in his honor that same day. The first pitch Jeter made before that was a strike over the plate. He did not, however, toss from the mound. From in front of the mound, he hurled. After the terrorist acts of 9/11, Jeter is credited with warning former president George W. Bush that New Yorkers would boo him if he threw his first pitch in the World Series game three openers.

Jeter is scheduled to receive recognition on Friday, but no further information about the event has been made public. The Captain, a new ESPN docuseries featuring the 14-time All-Star and five-time Silver Slugger winner, just debuted. It detailed the life and career of the former New York Yankees captain, who captained his team to five World Series victories throughout a 20-year Major League Baseball career. In Cooperstown in September, Jeter was inducted after being elected to the Hall of Fame in 2020.

Derek Jeter is growing his business portfolio. He is about to launch Arena Club, a brand-new platform for collecting sports cards. Jeter partnered with entrepreneur and co-founder of Arena Club Brian Lee to start the company. The platform will act as a “bridge” between the storied world of physical sports collectibles and the rapidly expanding field of digital sports collectibles. A digital showroom will allow collectors to buy, sell, trade, and exhibit their cards.

Arena Club also intends to enter the card-grading market with the help of computer vision and machine learning. The business asserted that its grading procedure promises speedier, more precise, and more open. Collectors who opt to have their products graded through the Arena Club will receive slabs or store their merchandise in the vault.