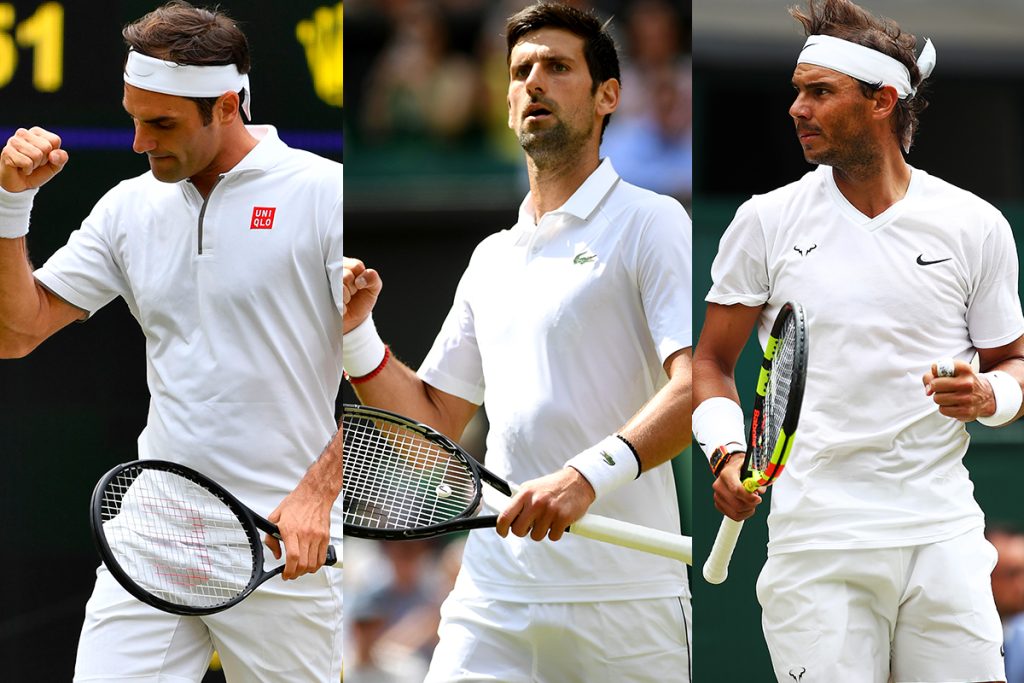 The Big Three of the tennis world, Novak Djokovic, Roger Federer, and Rafael Nadal, have clearly dominated the sport in the 21st century. Currently, Djokovic is struggling for form, while Nadal and Federer have been out due to injuries. The trio has dominated the sport since the mid-2000s and took tennis’ popularity to the next level with breathtaking encounters. Djokovic, Nadal, and Federer have 61 Grand Slam titles between them. The Spaniard claimed his 21st title to go ahead of the Serb and the Swiss, with 20 titles each.

Nadal won the Australian Open in January to become the most successful men’s tennis player in the sport’s history. He has the most Grand Slam titles in the men’s category under his belt. Meanwhile, Djokovic holds the record for most Masters titles with 37, one more than Nadal. Further, the Big three hold 280 ATP titles between them, with Federer winning 103 of them. Maria Sharapova’s former coach Gabriel Jaramillo has explained the reason behind the Big Three’s dominance over the last two decades. Gabriel is renowned in the tennis fraternity and helped Maria ascend to the top in women’s tennis. Jaramillo, who also coached Monica Seles, feels there is a clear reason behind the trio’s dominance in tennis. He believes that the standardization of the three surfaces in the 2000s allowed Djokovic, Nadal, and Federer to establish their legacy and keep the fans interested in the sport.

Standardization The Key To Tennis’ Popularity Over The Years

Gabriel revealed that the three surfaces, hard, green, and clay court, were leveled out in the mid-2000s. The Big Three were on the verge of beginning their dominance at the same time. The move allowed Roger, Novak, and Rafael to remain competitive against one another.

Gabriel said that the three giants had the ability to revolutionalize the sport and the capability to attract non-regular spectators. The Columbian-American coach explained that Rafael Nadal could have been eliminated from the tournament early if the surface had been too quick. At the same time, if the turf was too slow, Roger Federer could have landed in trouble with his fast gameplay. Further, Gabriel added, “The idea was that they could face each other frequently. It was the only way to keep people glued to the television.”

Nadal started the year beautifully by lifting his 21st Grand Slam at the Australian Open. The Spaniard was undefeated this season before his Indian Wells finals loss against Taylor Fritz. Nadal suffered a rib stress fracture during the tournament. Rafa has been out for over a month and will return soon.

Meanwhile, Djokovic had a shocking start to the year when he was deported from Australia due to his vaccination status. The Serb missed out on the Masters tournaments in the US due to vaccination restrictions. Djokovic returned to the tennis court at the Monte Carlo. However, he was eliminated in the second round. Although the world no. 1 seemed to be getting back in form during the Serbian Open, where he managed to reach the finals. Nole is hoping to get back to his best form before the start of the Roland Garros in May to defend his title.

Further, Federer has been out of the game for almost nine months. He underwent right knee surgery and is still rehabilitating. The Swiss giant is most likely to come back to the tennis court in September.

Share. Facebook Twitter Pinterest LinkedIn Tumblr Email
Previous ArticleKyle Larson Aims To Get Back On Top Of Cup Series Standing After A Close Finish In The GEICO 500!
Next Article Can Lewis Hamilton Still Win The 2022 Championship?